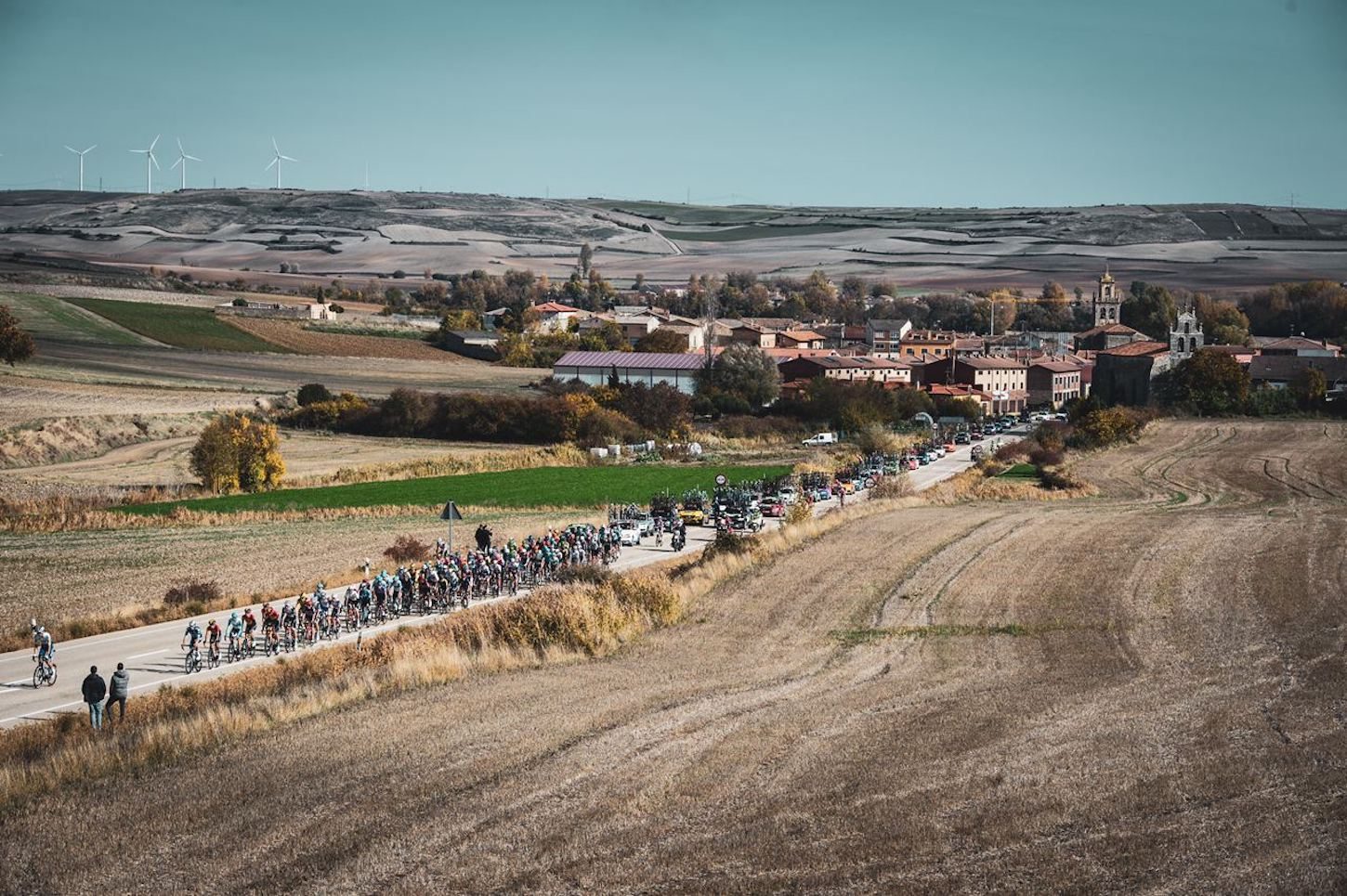 Pascal Ackermann (Bora-Hansgrohe) was awarded the victory in stage 9 of the Vuelta a España today, after race officials relegated Sam Bennett (Deceuninck-Quick Step) for “shoving” during the final sprint in Aguilar de Campoo, while Gerben Thijssen (Lotto Soudal) was given second place.

The trio hit the front during the closing meters of the stage, with Bennett initially beating his rivals with enough of a margin to extend his arms in celebration. However, commissaires later ruled that the Irish rider acted aggressively for “shouldering” Emils Liepins (Trek-Segafredo) out of his way during the sprint.

Ackermann finished second with Thijssen crossing the line in third after coming off of Bennet’s wheel. But, after officials carefully studied the video replay of the final sprint, Bennett was relegated and the victory was awarded to Ackermann.

Aritz Bagües (Caja Rural-Seguros RGA) and Juan Felipe Osorio (Burgos-BH) were the first riders to attack as soon as the flag dropped, steadily building up an advantage of over 3 minutes during the first 10 kilometers of the stage.

From there, the duo continued to extend their lead to over five minutes. But, after the 20 kilometer mark, the escapee’s gap continued to fall, with both riders eventually being reeled in with 22 kilometers to go.

Tensions in the peloton picked up during the final kilometers, with Bora-Hansgrohe and Lotto Soudal setting the pace for an inevitable sprint finale.

Bennett was the first rider to open up his sprint, making contact with Liepins on a couple of occasions ahead of the finale, leading to him being relegated while Ackermann was given the stage honors.