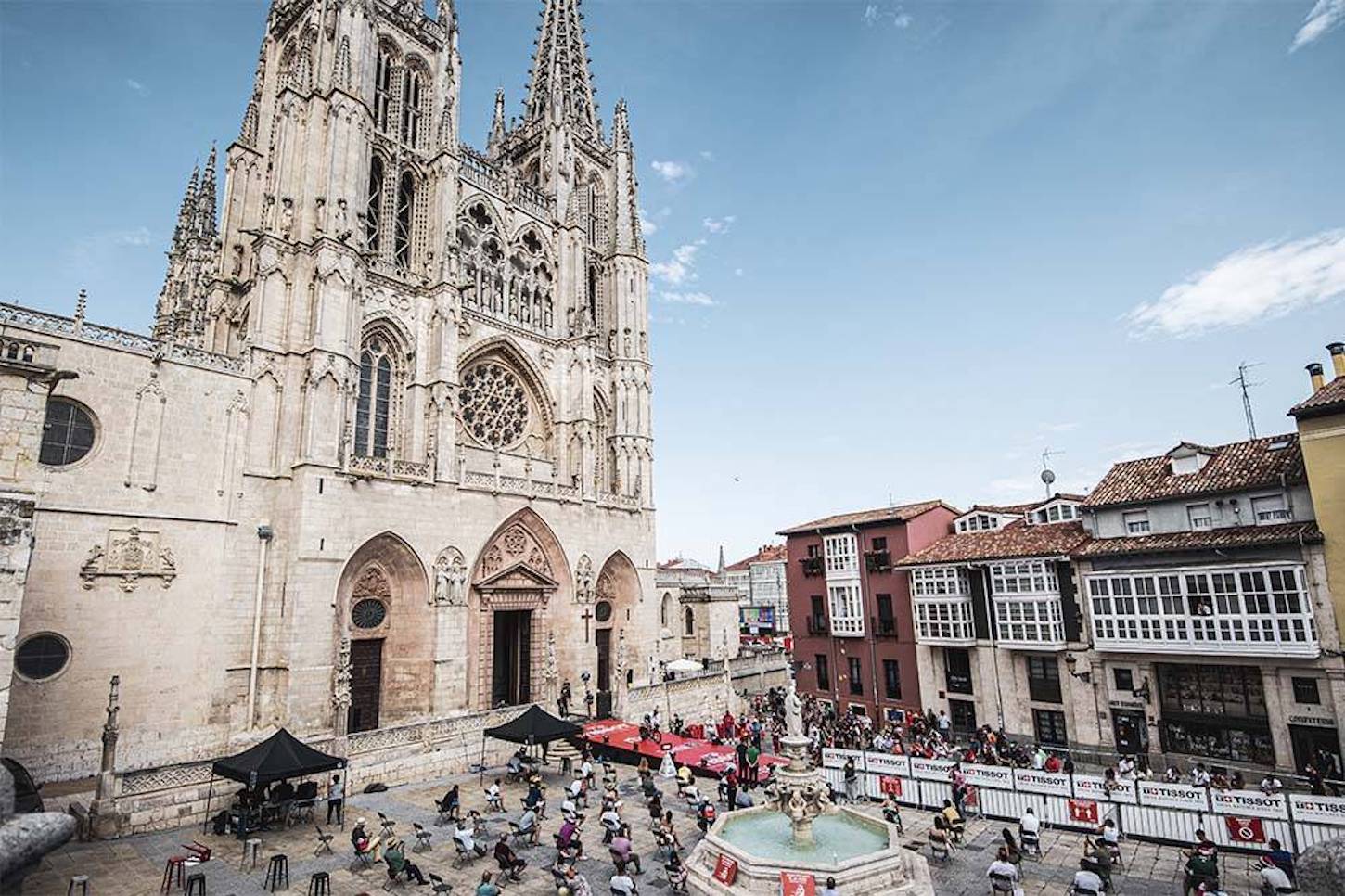 Primoz Roglic (Jumbo-Visma) won the opening Individual Time Trial of this year’s Vuelta a España today, a 7.1 kilometer time-trial around Burgos cathedral, to take the leader’s jersey on day 1, just like he did in 2020.

The ITT Olympic Champion remains unbeaten against the clock on the roads of the Spanish Grand Tour and already takes an advantage over his rivals ahead of three weeks of racing leading to another time-trial, in Santiago de Compostela.

The two-time winner of the Vuelta a España dominated Alex Aranburu (Astana-Premier Tech), who stayed on the hot seat for most of the stage, and his Slovenian compatriot Jan Tratnik (Bahrain Victorious)

The one doubt over whether Roglic would do as everyone expected came from a trend of riders recording very fast times on the opening section of the course, before tailing off dramatically in the back-end of the day’s seven-kilometer course. Sepp Kuss (Jumbo Visma) was one such rider, while Romain Bardet (Team DSM) and Miguel Angel Lopez (Movistar) also failed to replicate across the whole course their times at the intermediate timing point.

In the end, there was only one serious GC contender in the top ten on today’s stage, other than the man in red himself. Aleksandr Vlasov (Astana PremierTech) was tenth on the day, 14 seconds down on Roglic’s eventual winning mark.

Adam Yates is 20 seconds down in 16th place, while Hugh Carthy was the biggest loser in terms of the general classification, who finished in 62nd place with a deficit to Roglic with 33-seconds.