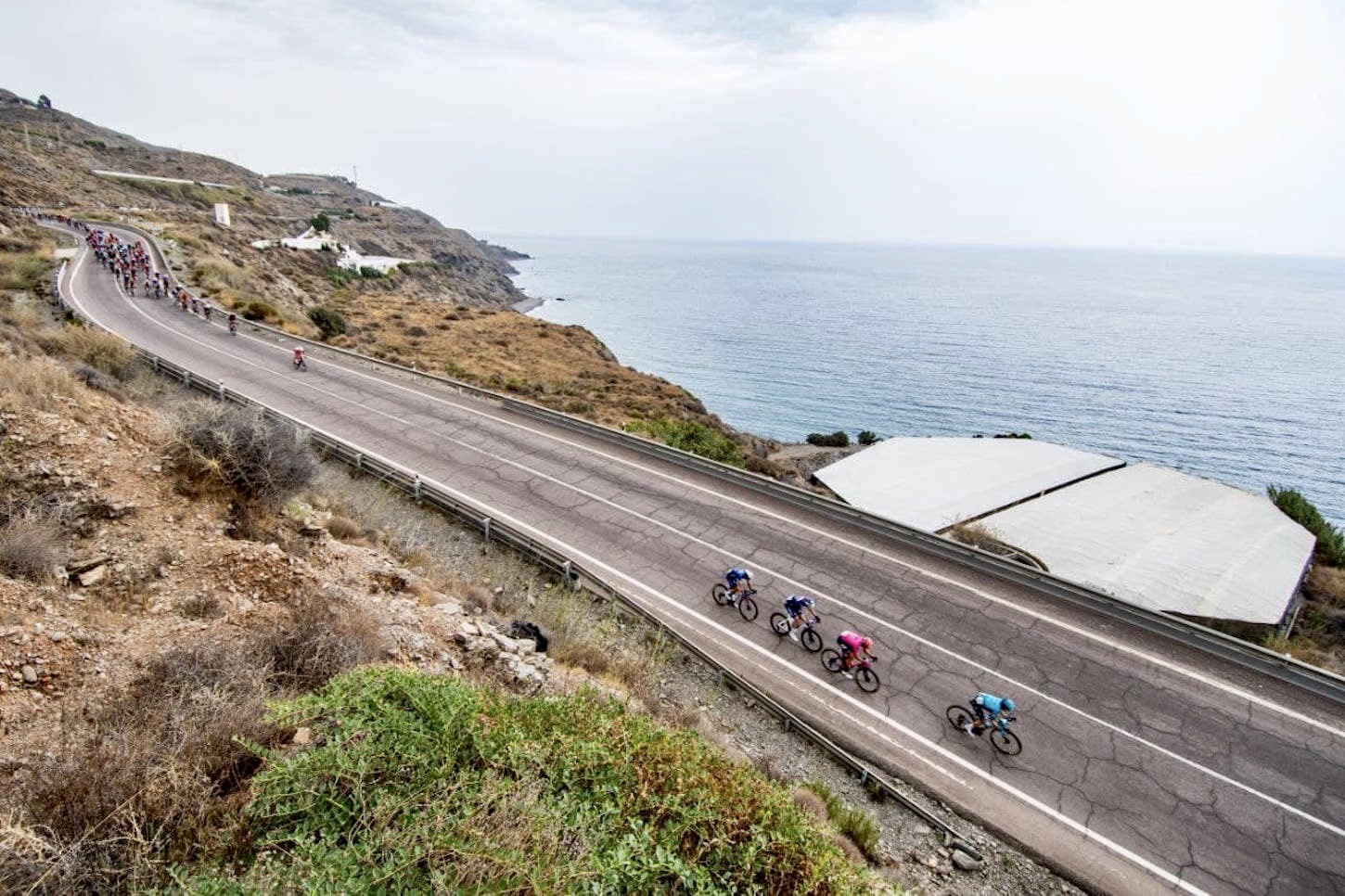 Michael Storer doubled on his victories in the Vuelta a España today, after the Australian rider rode clear of a 31-man breakaway group on the only climb of the day, pushing on over the top alone and holding his gap over the chase from that point onward.

In the meantime, Primoz Roglic lost the red jersey to Odd Christian Eiking who finished fifth on the day. While attempting to put time into his GC rivals, the Jumbo-Visma rider crashed along the final descent into Rincon de la Victoria.

As a result, Roglic was forced to relinquished the red jersey to Eiking who finished fifth on the day.

Alas, the Slovenian rider made a move on the Category 2 Puerto de Almáchar in an attempt to distance the GC field, but the race leader lost his back wheel and skidded on a tight, dusty bend along the descent.

He was able to remounted, but rode to the finish with those who he had tried to distance; namely, Enric Mas, Miguel Ángel López (both Movistar) and Jack Haig (Team Bahrain Victorious).

Ahead of drama, Storer produced a sensational ride to claim a solo to victory, while Eiking (Intermarché – Wanty – Gobert Matériaux) went on to rest the Red Jersey from Roglic.

Meanwhile, it was another difficult day for Ineos Grenadiers, with Adam Yates and Egan Bernal finishing some 37 second down on the first GC group of Roglic, Mas, López and Haig.