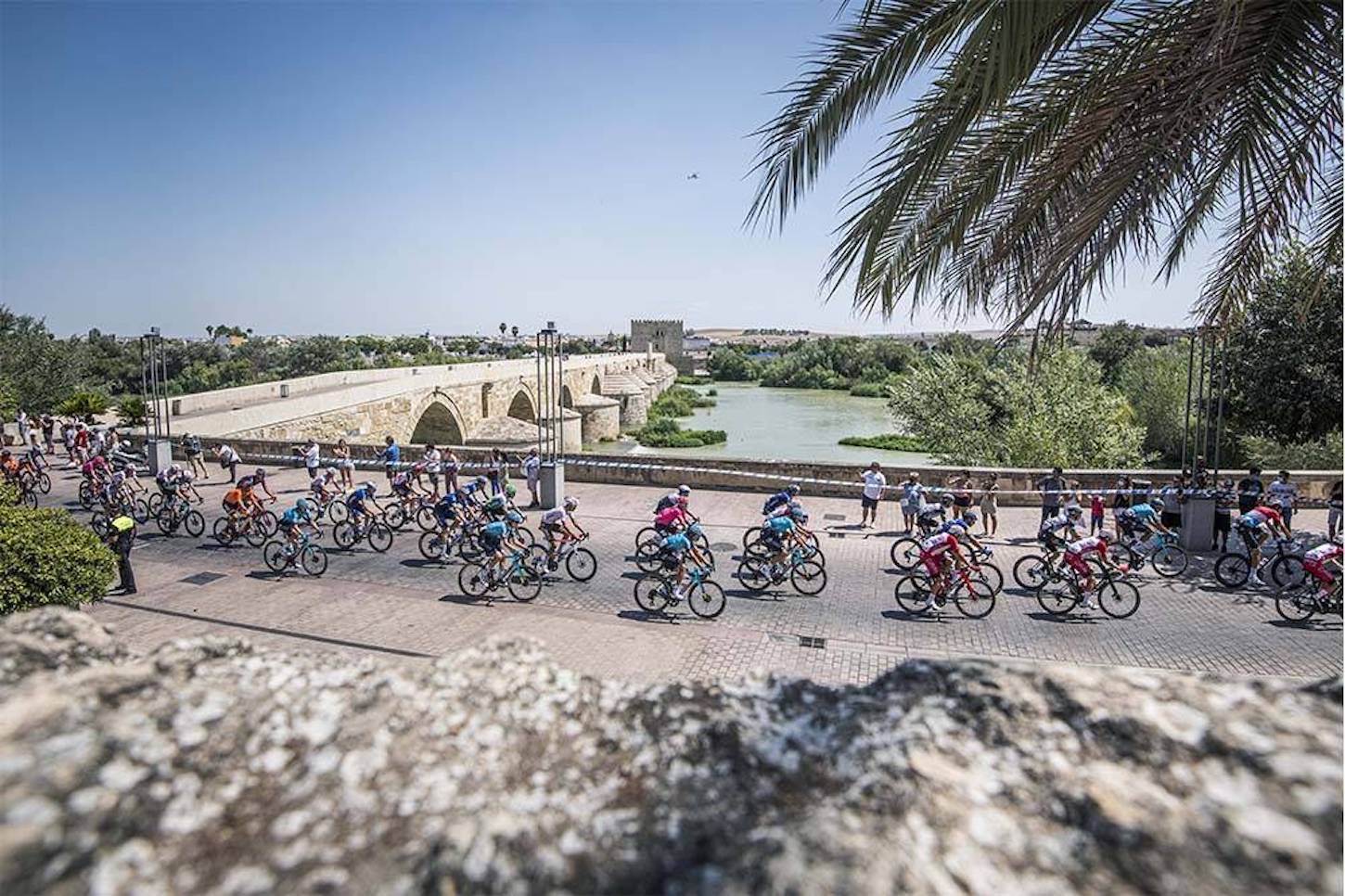 Cort was launched by his EF Education-Nippo teammate Jens Keukeleire on the home straight in Córdoba, while managing to hold off a late surge by Andrea Bagioli (Deceuninck-QuickStep) for the fifth Vuelta stage win of his career, followed by Michael Matthews and Matteo Trentin who were unable to deliver the goods after their respective BikeExchange and UAE Team Emirates squads tried in earnest to deliver their respective fas-tmen to the line following two tough climbs at the conclusion of a 175 kilometer stage that was ridden at a ferocious pace from start to finish.

Meanwhile, a second crash in three days ensnared defending champion Primoz Roglic, but the Slovenian recovered to finish the day safely in the main field.

Andreas Kron of Lotto Soudal completing the top five after a reduced peloton of around 40 riders swept up a four-man breakaway with just one kilometre remaining.

Romain Bardet (Team DSM) led Jay Vine (Alpecin-Fenix), Sergio Henao (Qhubeka-NextHash) and Giulio Ciccone (Trek-Segafredo) over the summit of the final climb to edge closer to the polka dot jersey of Bahrain Victorious’ veteran Damiano Caruso. The quartet held a precarious lead of 30 seconds over the top with 18 kilometers remaining.

Trentin soloed clear of the pack in pursuit of the leaders on the descent before sitting up and letting Matthews’ BikeExchange team lead a dedicated chase. With the gap still 35 seconds entering the final 10 kilometers Trentin’s UAE team joined the chase ahead of a grandstand finale.

Three of the four leaders were swept up going underneath the flamme rouge as Vine dug deep and did his best to delay the inevitable, which came once the pink duo of Keukeleire and Cort powered to the front on the home straight with just a couple of hundred metres to go.

Cort emerged from the back wheel of his teammate and held off the spirited Bagioli for a victory all the more impressive in the light of his exploits just 24 hours earlier, when he came do close to pulling off a win on the ramped finale at Jaen only to be pegged back with the finish line gaping.

“Even though I felt the legs a little from yesterday, I managed to get over the two climbs and, in the end, Jens did a very amazing job delivering me perfectly for the sprint,” Cort said. “There were some very good guys – Matthews and Trentin – but we wanted to give it a try and I’m super happy to take this win.”

The high-speed crash which involved Roglic, the previous day’s winner, occurred with 55 kilometers remaining after a touch of wheels between Ineos Grenadiers duo Tom Pidcock and Dylan van Baarle. Adam Yates also hit the deck, as did a number of riders from Movistar and Bahrain Victorious.

Roglic was led back to the fold by his Jumbo-Visma teammates and was able to sprint to 12th place to retain his third spot on the standings 1:56 down on the race leader Odd Christian Eiking.

Eiking (Intermarche-Wanty-Gobert) secured a third day in the red jersey and will enter Friday’s Stage 13 with his 58-second lead over Guillaume Martin of Cofidis intact.

The eight-man move could only establish a maximum lead of around two minutes with the UAE team of Trentin keeping the breakaway on a tight leash as the race passed through Cordoba for the first of three visits. On the first of two different laps outside the Andalusian city Iturria edged clear of the breakaway over the summit of the Cat.1 Alto de San Jeronimo when the gap back to the pack had dropped below one minute.

The chase was disrupted with the accident that took out Roglic and Yates on a sweeping downhill bend just ahead of the final rise to the summit.

When Iturria was pegged back, the Belgian Van Gils emerged as the last man standing from the break after a second passing through Cordoba, with the reduced peloton nullifying the threat on the Cat.2 Alto de 14% with 25 kilometers remaining.

It was here where Vine went clear with Bardet and Henao in pursuit to form the quartet which almost held off the reduced peloton bearing down on them with breakneck speed. Cort, Trentin and Matthews were the favorites – but it was the Dane who managed to turn a page from his previous day’s disappointment.