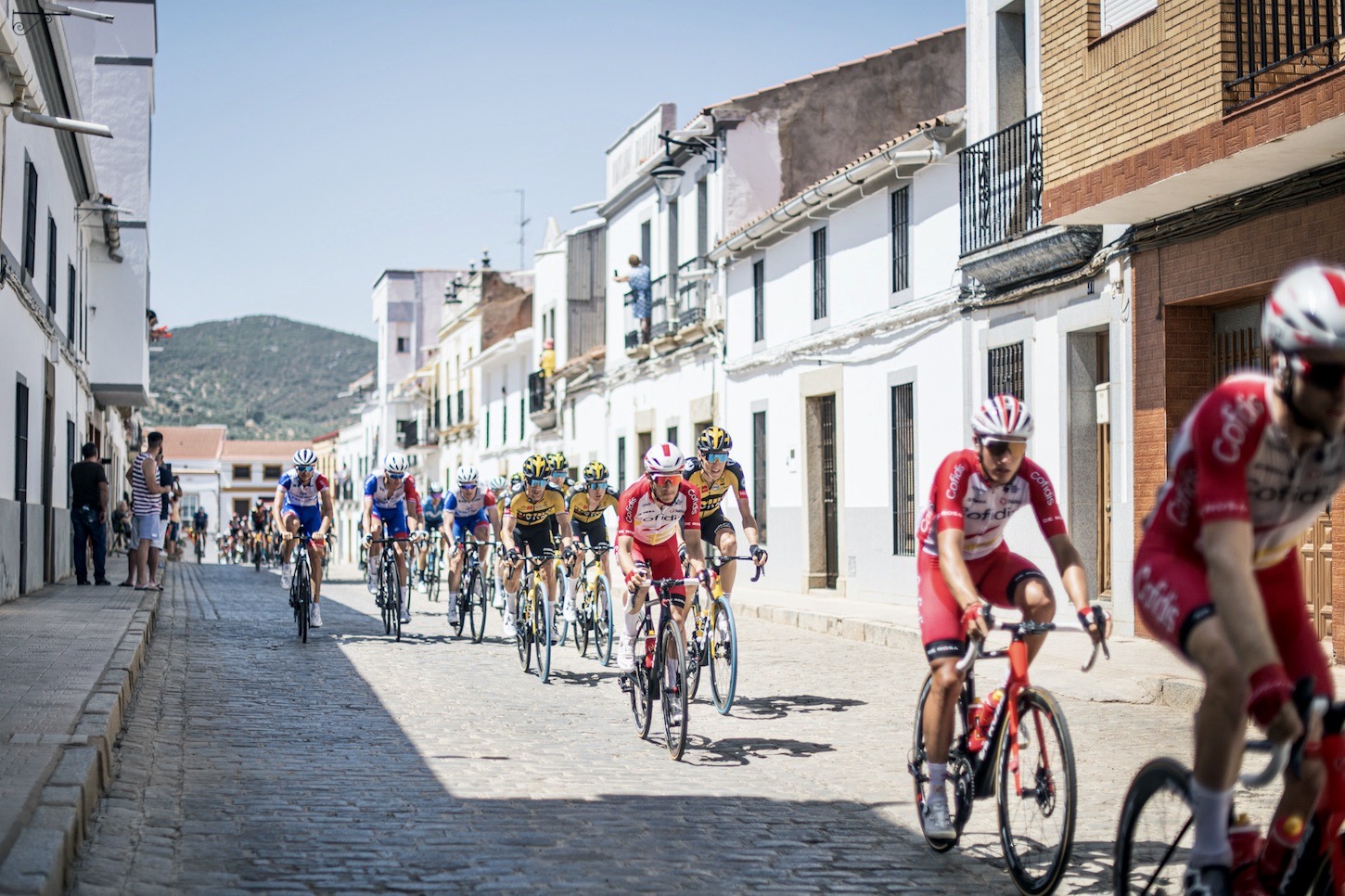 It initially looked like Deceuninck-QuickStep’s Fabio Jakobsen was poised for victory, but the Dutch rider sat up during the final 2 kilometers, leaving his teammates to hold off the remaining sprinters.

In the meantime, it appeared as though Trentin might finally get the stage win he’s been hoping for, but Sénéchal launched an acceleration with less than 120 meters that proved insurmountable for his Italian rival.

Meanwhile, Odd Christian Eiking finished safely in the peloton to maintain his grip on the overall race lead for another day.

The escape of the day was formed in the first kilometer of the stage, with Diego Rubio (Burgos-BH), Luis Ángel Maté (Euskaltel-Euskadi) and Álvaro Cuadros (Caja Rural-Seguros RGA) later building up a modest advantage of around three minutes over the peloton.

However, the trio’s adventure was eventually brought to an end with 25 kilometers remaining, shaping the stage up for an inevitable sprint finale.

With 2 kilometers to go, Deceuninck-Quick-Step kept a very high pace with the goal of setting up Jakobsen for the sprint.

However, their lead sprinter sat up, presumably because of a puncture or mechanical problem, with Sénéchal ultimately emerging victorious.