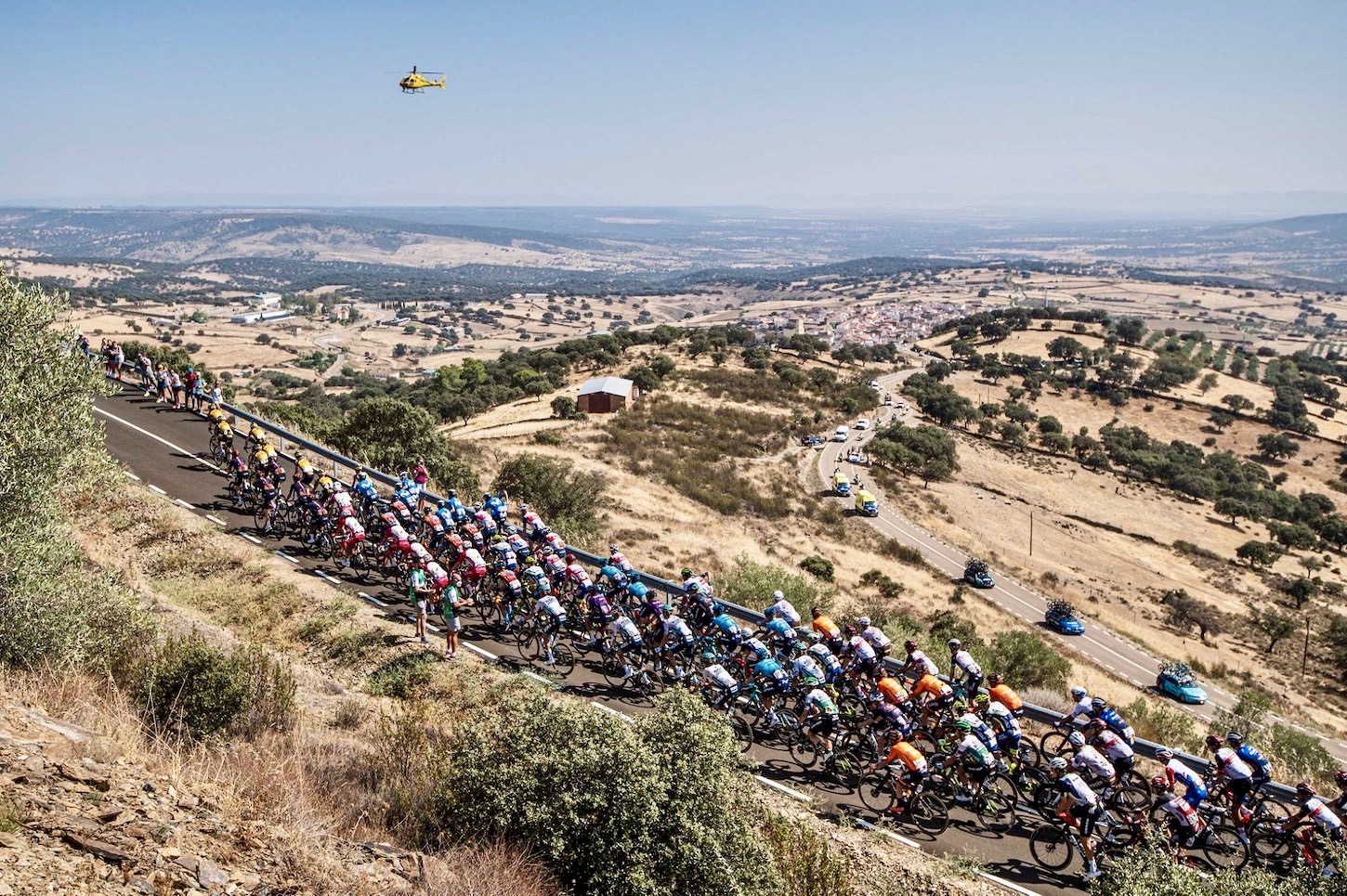 Romain Bardet showed his climbing prowess with a dominant Stage 14 victory in the Vuelta a España today. The Team DSM rider was part of the breakaway and went clear in the final kilometres to claim a long-awaited win at the race. Odd Christian Eiking stays in red on a gruelling day in the mountains.

Bardet went clear during the last kilometers of the stage, bringing back a spirited Nicolas Prodhomme (AG2R Citroen) on the slopes of the final climb, while Jesus Herrada (Cofidis) finished second 44 seconds behind Bardet with Jay Vine (Alpecin-Fenix) recovering from a nasty crash with a car to end in third.

Eiking battled admirably to hang on to the red jersey, despite a valiant attack from Guillaume Martin’s Cofidis team late-on. In the end Eiking did lose a handful of seconds to second-placed Martin, but not enough to seriously dent his lead. Martin will have another bite of the apple tomorrow when the race continues into the mountains of Castile y Leon.

Vine’s crash, which seemed to be cause by a mistake made when taking a bottle from his car sparked concern, while his subsequent recovery and return to the front of the race saw many on social media calling for him to be awarded the day’s most aggressive rider prize. It was somewhat controversial, then, when the award was given to Dani Navarro (Burgos BH). The Australian rider finished the stage bloodied and with holes in his jersey and his bibshorts flapping in the wind.

Prodhomme attacked with around 45km remaining, with the French rider going clear with Navarro and Sep Vanmarcke (Israel StartUp Nation) only for the Spanish rider to crash into his Belgian rival, allowing Prodhomme to solo away.

With a teammate in the pursuing group behind, Prodhomme was free to press his advantage and did a very creditable job of keeping clear of the other former members of the breakaway. Andrey Zeits (Team BikeExchange) looked to be the only rider capable of pulling back Prodhomme, until Bardet finally chose his moment to attack.

From there, Bardet was able to catch Prodhomme and Zeits with apparent ease, before striking out on alone to claim a solo victory atop the Pico Villuercas.