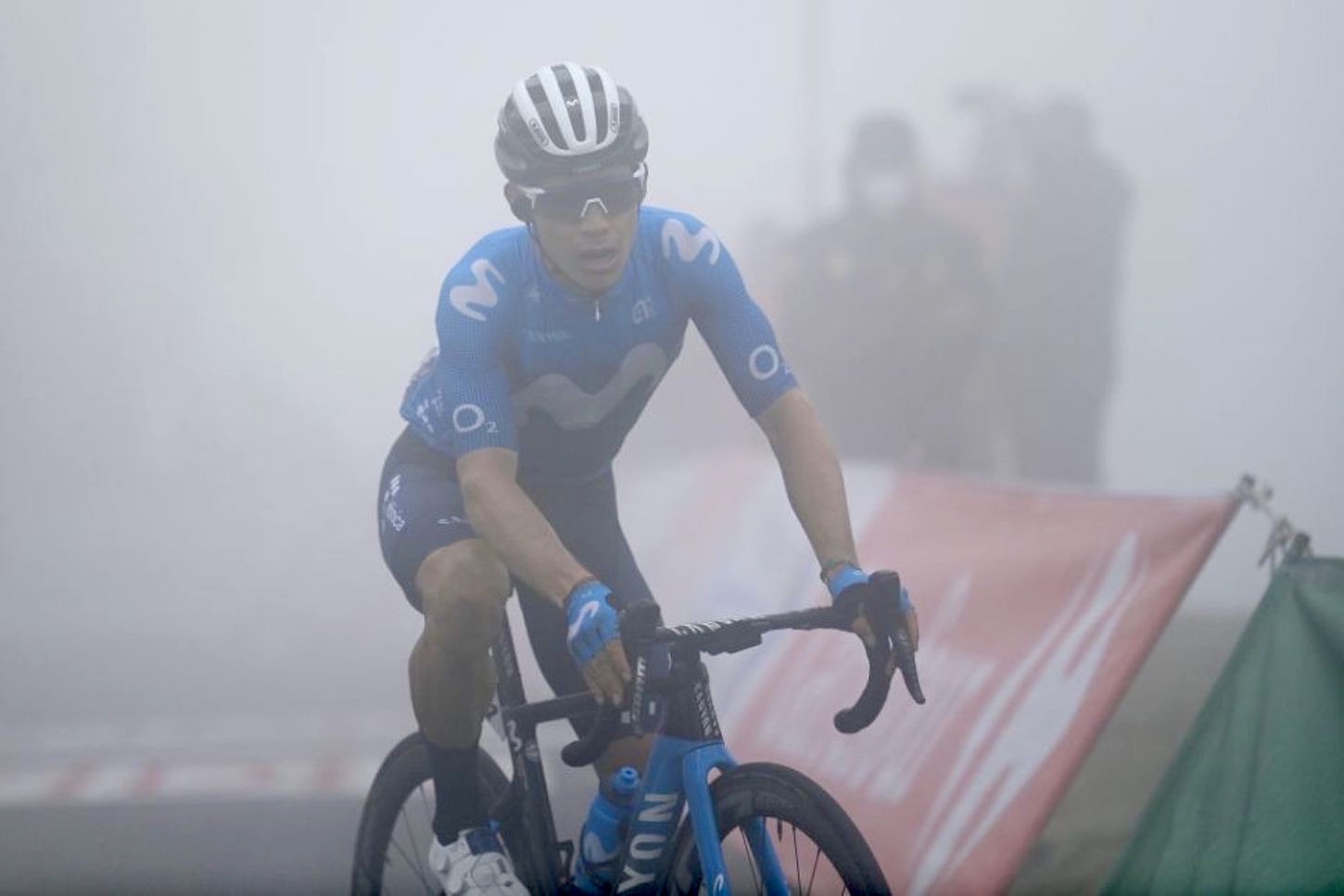 Miguel Angel Lopez (Movistar) claimed victory on the queen stage of the Vuelta a España today, triumphing alone atop the new summit finish of the Altu d’El Gamoniteiru.

Lopez attacked 4 kilometers from the summit of the 14.6 kilometer climb, which featured an average gradient of almost 10%.

Meanwhile, Primož Roglič (Jumbo-Visma) successfully defended the red jersey on the final high-mountain stage of this year’s Spanish Grand Tour, after riding clear of the rest of the GC riders alongside Egan Bernal (Ineos Grenadiers) and Lopez’s teammate Enric Mas, before accelerating away to take second place, 14 seconds behind Lopez.

Roglič now moves 2:30 clear of Mas in the general classification, with Lopez 2:53 back in third place. Haig retained his fourth place while Bernal moved into the top five after another difficult day for Guillaume Martin (Cofidis) saw the French rider drop four places to ninth.

Meintjes, who led the chase on De la Cruz after the Spanish rider attacked early on the final climb, moves into the top 10.

De la Cruz caught the last remaining escapee, Michael Storer of Team DSM, with around seven kilometers remaining, the Australian rider missing out on a third stage win but taking over the lead of the polka dot jersey classification from his teammate Romain Bardet.