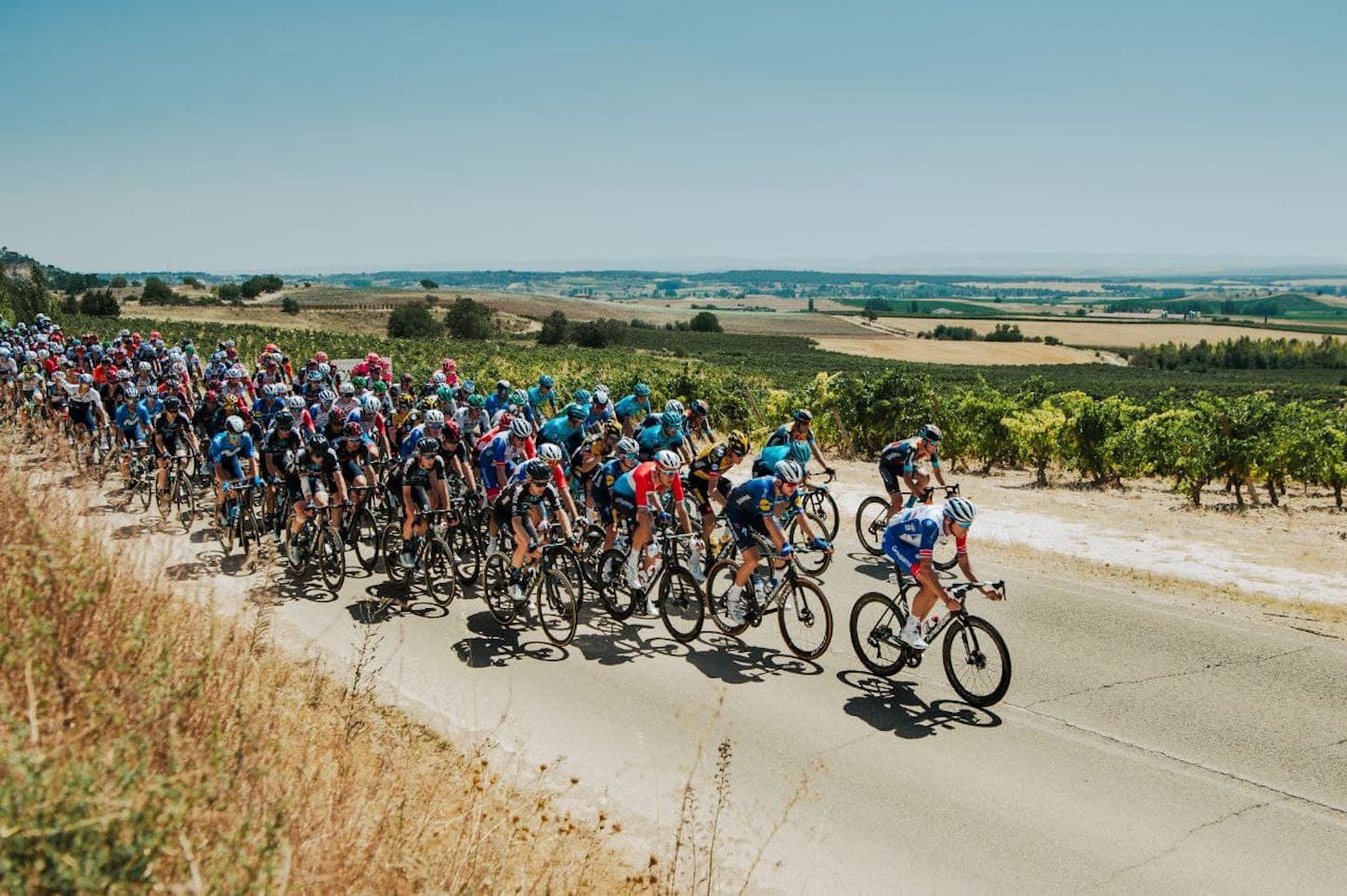 Jasper Philipsen narrowly edged Fabio Jakobsen (Deceuninck-Quick Step) in Burgos today, to add another Grand Tour success to Alpecin-Fenix’s tally in 2021. The Belgian team had already won the first sprint of the Giro d’Italia and the Tour de France with Tim Merlier. This time, it was Philipsen’s turn to shine, claiming his 2nd Grand Tour stage win, a year after he already took the first one on Spanish roads. Primoz Roglic (Jumbo-Visma) went safely through a windy stage to retain La Roja on the eve of the first summit finish while Alex Aranburu (Astana-Premier Tech) was chasing bonus seconds.

A wary peloton through the wind

They quickly open a gap of 4’ before Arnaud Démare’s Groupama-FDJ react. Fabio Jakobsen’s Deceuninck-Quick Step join the French team at the helm of the bunch and the gap is already down to 3’25’’ at km 18, and under 2 minutes after 50km of racing.

Philipsen just ahead of Jakobsen

Astana accelerate ahead of the newly introduced bonus sprint, with 3, 2 and 1 seconds up for grabs in Tardajos (km 150). Jakobsen goes first through the line and Alex Aranburu (Astana-Premier Tech). He then trails by 4’’ on GC while Jumbo-Visma take care of Primoz Roglic in the bunch.

The final sprint is extremely tight and, although Jakobsen seemed to have the advantage, Jasper Philipsen (Alpecin-Fenix) takes the win right on the line. Michael Matthews (Team BikeExchange) takes 3rd and also moves to 3r position on GC, while Roglic awaits the first summit finish on Monday, at Picon Blanco.