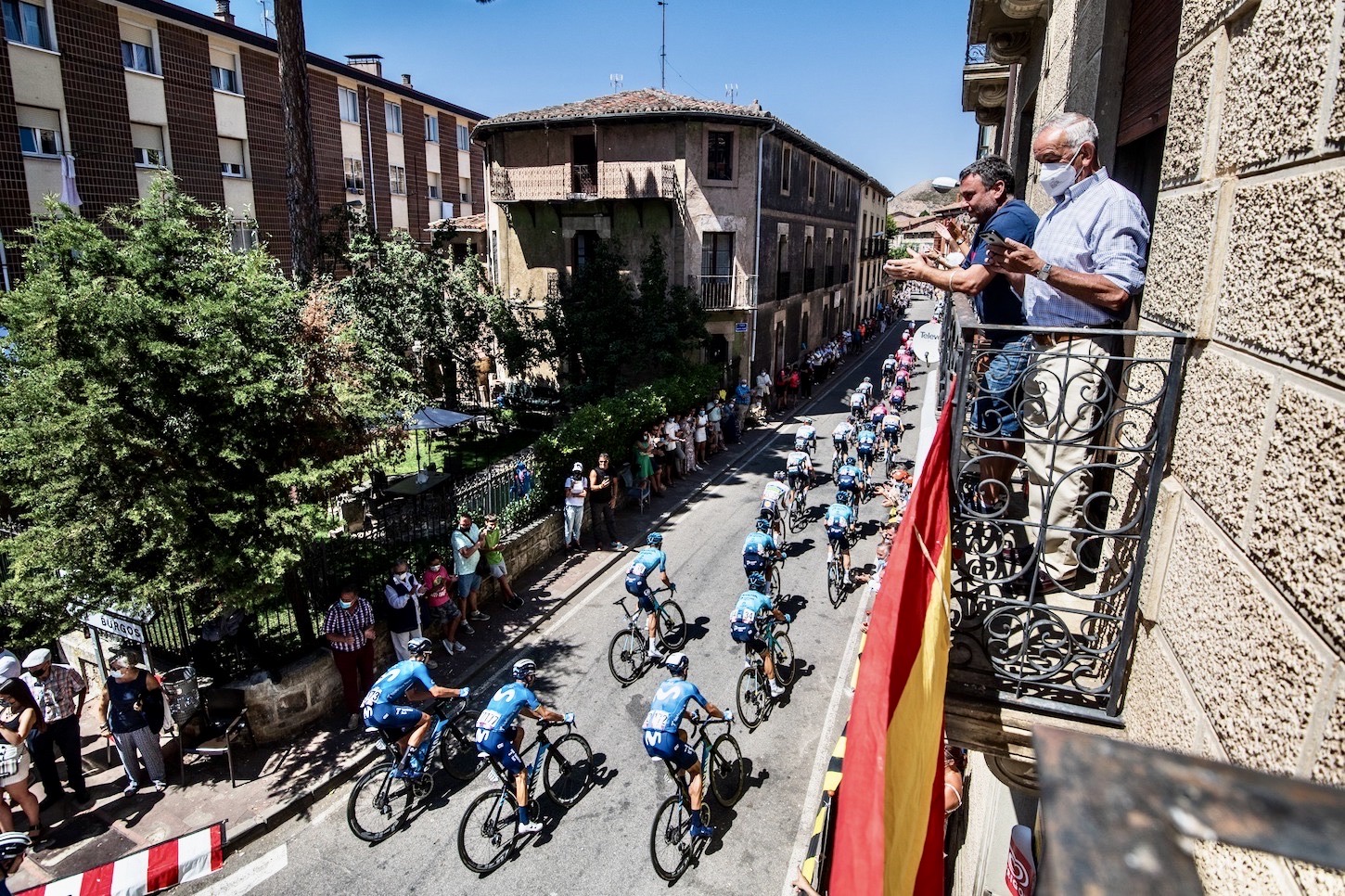 Rein Taaramäe (Intermarché-Wanty-Gobert) claimed stage 3 of the Vuelta a España today, triumphing atop the Picón Blanco climb from the early break of the day that earned the Estonian rider both the stage victory and the Red Leader’s jersey.

Taaramäe succeeded in distancing Joe Dombrowski (UAE Team Emirates) and Kenny Elissonde (Trek-Segafredo) during the final two 2 kilometers of the 7.6 kilometer climb of the Picón Blanco to claim a solo victory by 21 seconds over his closest rival.

With the gap already up to 5’05’, Elissonde took the first KOM points atop the first climb of the day, the cat-3 Puerto del Manquillo (km 39.2).

From there, the escapees increased their advantage to 9’05’, with the mighty Picon Blanco looming in the foreground.

Bayer later took the KOM points along the Alto de Bocos (cat-3), while Bahrain Victorious up the pace on the climb, halving the leader’s gap to 4’25’’.

With 15 kilometers to go, Calmejane attacked the group, opening up a slight 14-second margin on the early slopes of the Picon Blanco, while the peloton still trailed by 3’30’’.

But, the French rider was reeled in with 6.5 kilometers remaining, only to attack again to no avail.

From there, Dombrowski accelerated, with only Taaramäe and Elissonde able to follow him.

Taaramäe later executed a counter-attack with 2.5 kilometers to go, a move that left his rivals unable to respond to.