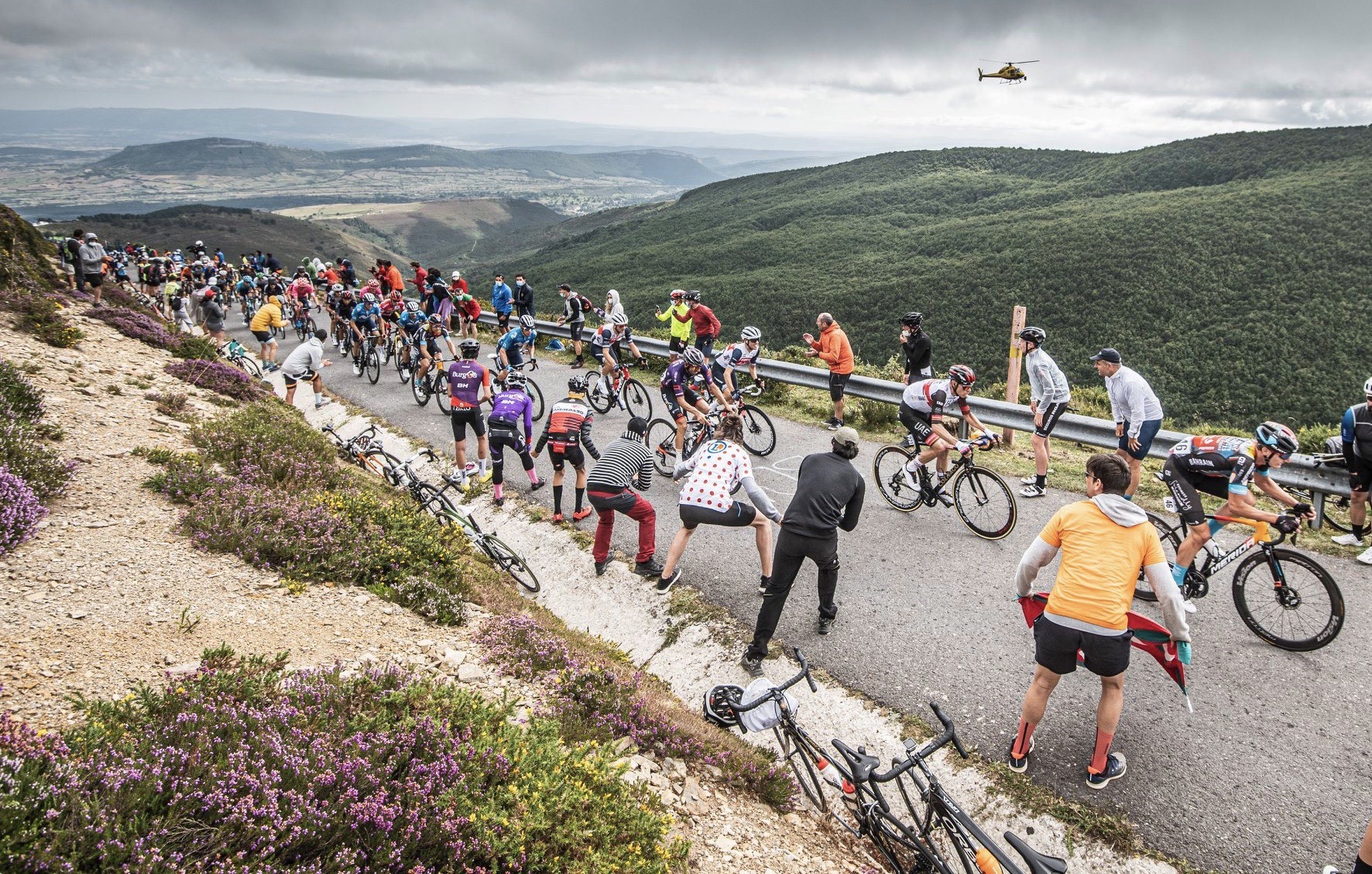 Fabio Jakobsen won stage 4 of  Vuelta a España today, adding the green jersey to his victory after a thrilling tussle with Arnaud Demare on the uphill rise to the finish at Molina de Aragon.

Meanwhile, Rein Taaramae retained the red jersey despite a crash near the finish.

An early breakaway saw Angel Madrazo go clear with his Burgos-BH teammate Carlos Canal – the youngest rider in the race – and Joan Bou of Euskaltel-Euskadi. The Spanish trio built up a maximum advantage of almost five minutes but their gap came tumbling down once the teams of the sprinters committed bodies on the front of the pack to lead the chase.

The catch came with 14 kilometers remaining before the jostling for positions started as the teams of the GC riders came to the front to keep their leaders out of trouble on the fast run into the finish. Taaramae, whose Intermarche-Gobert-Wanty team had spent much of the day controlling the tempo on the front of the pack, came down with around 2 kilometers to go.

“It was very, very nervous,” the 34-year-old said after the stage. “In one moment a guy on the right went like that and took me down and I crashed. But I’m alive and I don’t have many injuries. I’ve got a bit of road rash but I feel okay.”

Groupama and Deceuninck flooded the front of the strung-out peloton as the race hit the final 6% rise to the line – and despite some muscling in from Belgium’s Piet Allegaert (Cofidis), Demare dug in and led the way to the finish.

But Jakobsen showed his class with a late surge to drop Denmark’s Cort and surge past the Frenchman to cap an astonishing comeback with a win by a bike length. The battle for green will return on Wednesday in the almost pan-flat 184.5 kilometer stage 5 from Tarancon to Albacete where the likes of Jakobsen, Demare and Philipsen will lock horns once again.