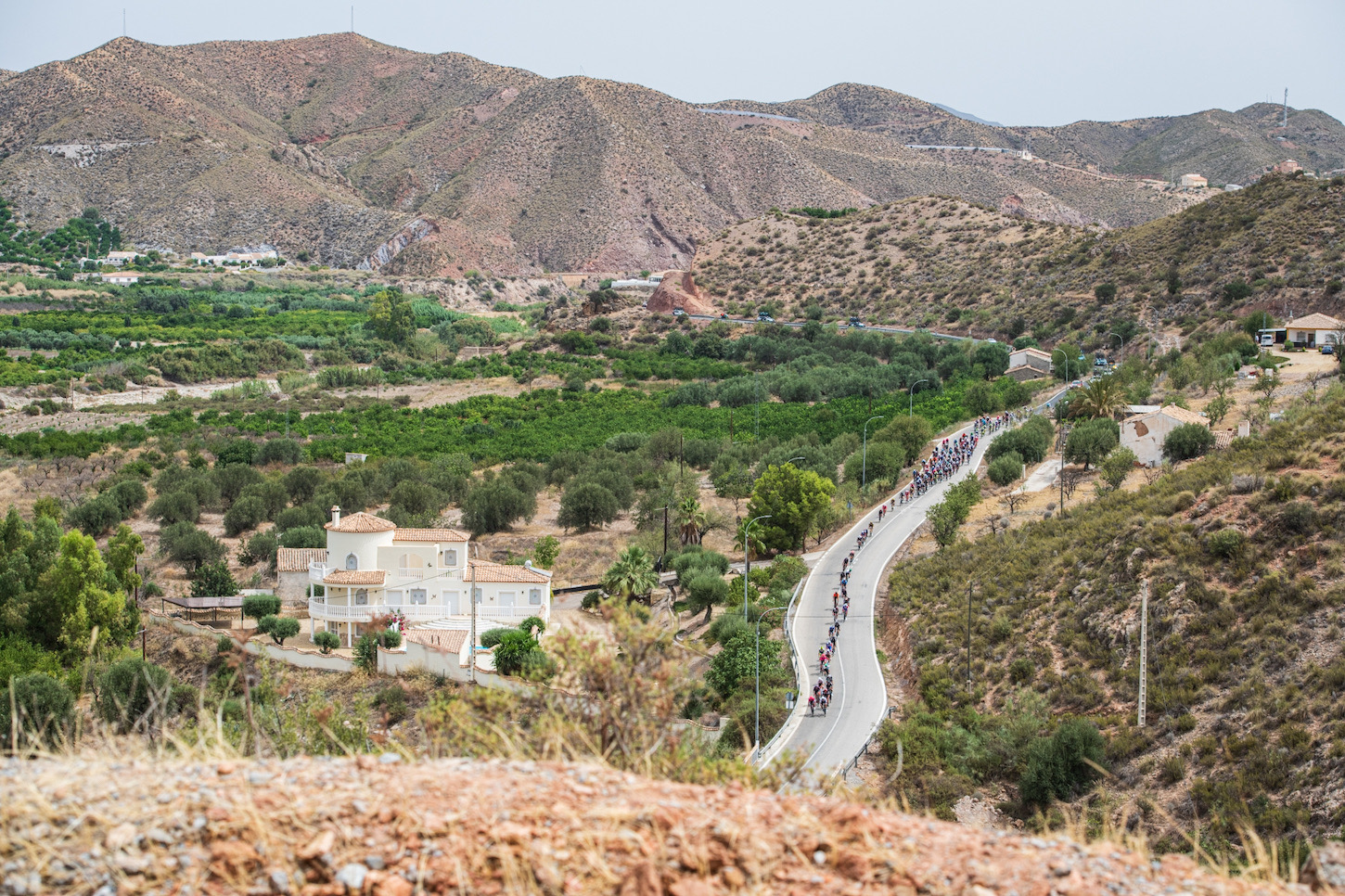 Damiano Caruso (Bahrain Victorious) claimed a solo victory atop the Alto de Velefique in stage 9 of the Vuelta a España today, attacking out of the breakaway 71 kilometers from the finish to add another high-mountain victory to his palmares after his Alpe Motta triumph at the Giro d’Italia in May.

The Italian rider was the only one left from the group of escapees, which took over half the stage to get away, to survive ahead of the general classification favorites.

Caruso had made the day’s breakaway of 11 past the midway point of the multi-mountain stage but decided to go it alone on the 29-kilometer Alto Collado Venta Luisa, despite Ineos Grenadiers attempt to rein him in.

Meanwhile, race leader Primož Roglič (Jumbo-Visma) extended his lead in the overall, crossing the line 1:05 after Caruso, leading Enric Mas (Movistar) home after the pair had dispatched with the remainder of the GC contenders

In the meantime, Jack Haig (Bahrain Victorious) led the chasers across the line another 39 seconds down, with Miguel Angel López (Movistar) and Adam Yates (Ineos Grenadiers) on his wheel. The latter’s team leader Egan Bernal endured a day to forget, though, dropping in the final kilometers and crossing the line alongside Giulio Ciccone (Trek-Segafredo) at 2:10, 1:05 behind Roglič.