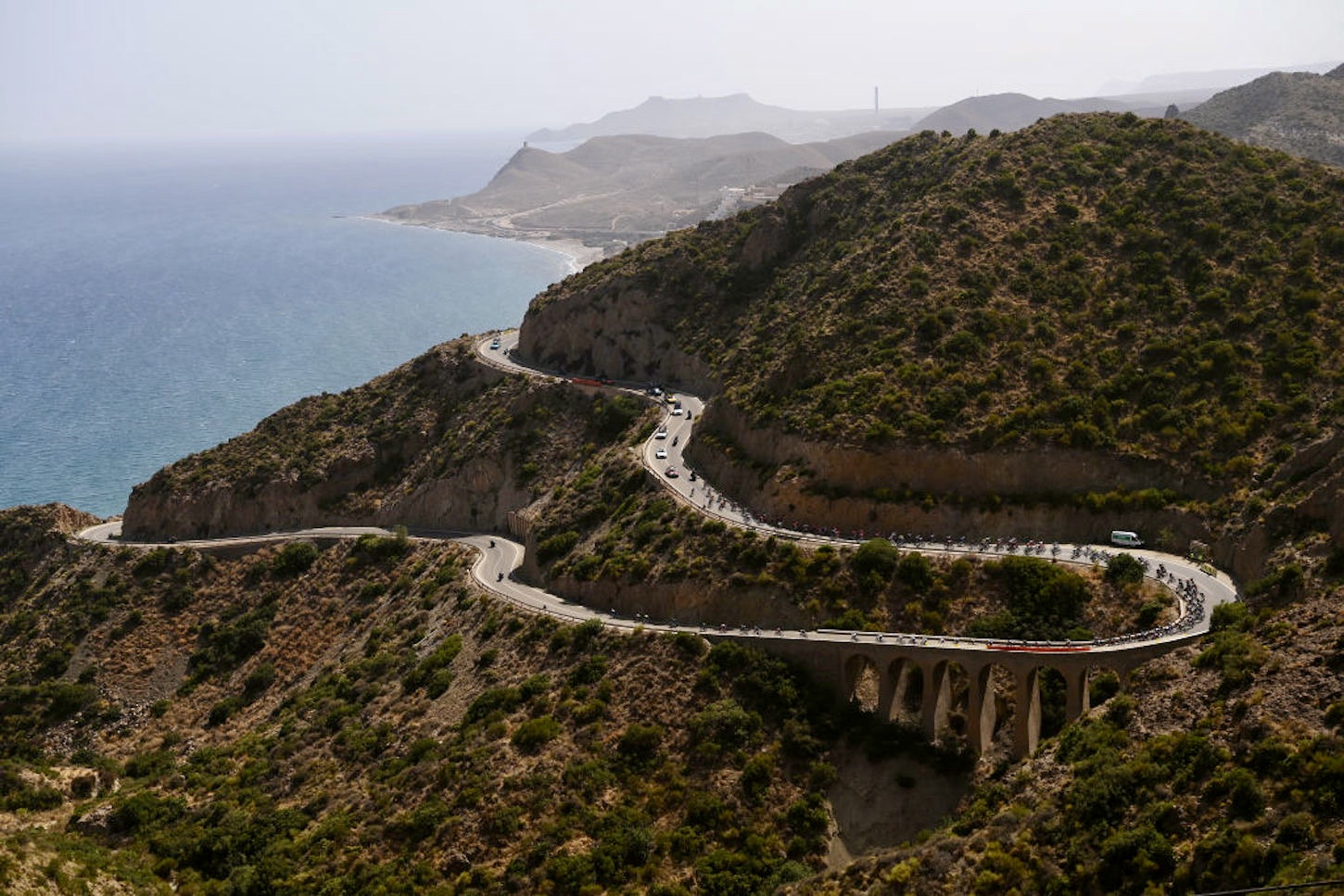 Kaden Groves (BikeExchange-Jayco) took an impressive victory in stage 11 of the Vuelta a España today, after the Australian rider beat Danny van Poppel (Bora-Hansgrohe) and Tim Merlier (Alpecin-Deceuninck) in a sprint finale in Cabo de Gata.

BikeExchange-Jayco had four riders at the front with 4 kilometers to go during a slow stage that was inundated by a strong headwind, moving Groves into perfect position along the lengthy, coastal finishing straight to contest a series of aggressive moves by John Degenkolb (Team DSM), Sebastian Molano (UAE Team Emirates) and others to emerge victorious with a final surge toward the finish.

Meanwhile, Remco Evenepoel (QuickStep-AlphaVinyl) finished safely in the peloton to retain his 2’41” lead over the three-time champion Primoz Roglic (Jumbo-Visma), but was dealt a blow with the withdrawal of influential team-mate Julian Alaphilippe. The French world champion injured his shoulder badly in a fall with around 60 kilometers remaining, and was taken to hospital.

But the day belonged to Groves, who came of age with a masterful sprint just when his team needed it most – with Yates, fifth place in the general classification, one of five riders to pull out after failing a Covid test ahead of the stage.

“It feels fantastic,” Groves said. “This morning, with the news of Simon Yates going positive for Covid, all the boys were pretty disappointed. This is the best way to bounce back after such bad news. I’m really happy to celebrate but I also wish he was here because he’s part of this team.”

BikeExchange-Jayco helped control the stage after an early breakaway of three riders opened up a four-minute gap. Groves’ team-mates were then on red alert ahead of the prospects of a blustery finish, before teeing up their man with aplomb.

“I’ve got to thank all the guys – Luke [Durbridge] for riding all day. Then we set up early – we thought there was going to be a crosswind, which there wasn’t. We were first team until the final four kilometres and the guys did a perfect job keeping me on the front and fresh,” Groves expalined.

“I was fresher than the other guys and was in the right position to do my sprint. Being my first Grand Tour win, it for sure takes the cake – and there are still more stages to come.”