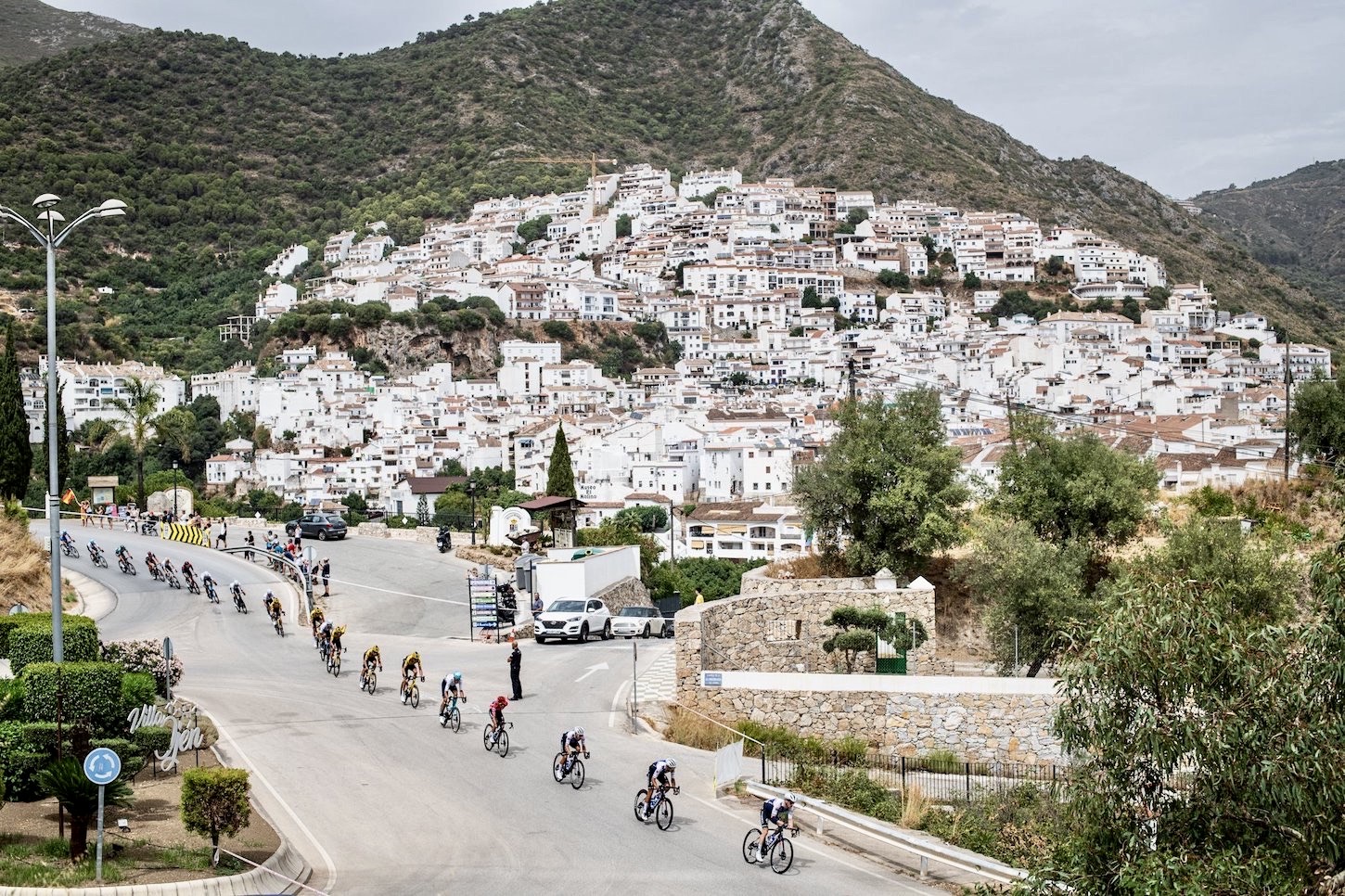 The Ecuadorian rider, who came second overall in 2020, launched his race-winning move inside the final 2km of the 19km ascent, distancing Wilco Kelderman (Bora-Hansgrohe) in the finale.

Today’s stage was characterized by a 32-rider breakaway, which suffered splits at the hands of Bora-Hansgrohe on the final climb. Though out of the running for the red jersey, Carapaz proved the strongest of the escapees, taking his second road victory of the season.

Meanwhile, Remco Evenepoel (Quick-Step Alpha Vinyl), who crashed with 45km to go, comfortably withstood attacks from his rivals to maintain his grip on the race lead.

Carapaz crossed the line nine seconds clear of Wilco Kelderman (Bora-Hansgrohe), who rose 15 places to sixth in the new top 10, while Jan Polanc also entered the top 10 after taking fourth place in the stage just behind his UAE Team Emirates colleague Marc Soler.

Jay Vine (Alpecin-Deceuninck) also featured in the breakaway, but the double stage winner was unable to replicate his form from the opening week of the race, fading to seventh place on the final climb but retaining the polka dot jersey.

It was the bloodied figure of Evenepoel who led the GC favorites home almost eight minutes down on Carapaz, the Belgian rider following all the accelerations and attacks on the 19km ascent before applying some pressure of his own in the closing kilometer.

Defending champion Primoz Roglic (Jumbo-Visma) and the Spanish duo of Enric Mas (Movistar) and Juan Ayuso (UAE Team Emirates) followed Evenepoel over the line for the same time, but the likes of Miguel Angel Lopez (Astana-Qazaqstan), Ineos Grenadiers duo Carlos Rodriguez and Tao Geoghegan Hart, and the Portuguese Joao Almeida (UAE Team Emirates) all lost a bit of time in the closing moments.

There was no change in the top three with Evenepoel leading Roglic by 2’41” and Mas by 3’03”. The top five is completed by Spanish champion Rodriguez and compatriot Ayuso, with Kelderman now sixth at 6’28”.