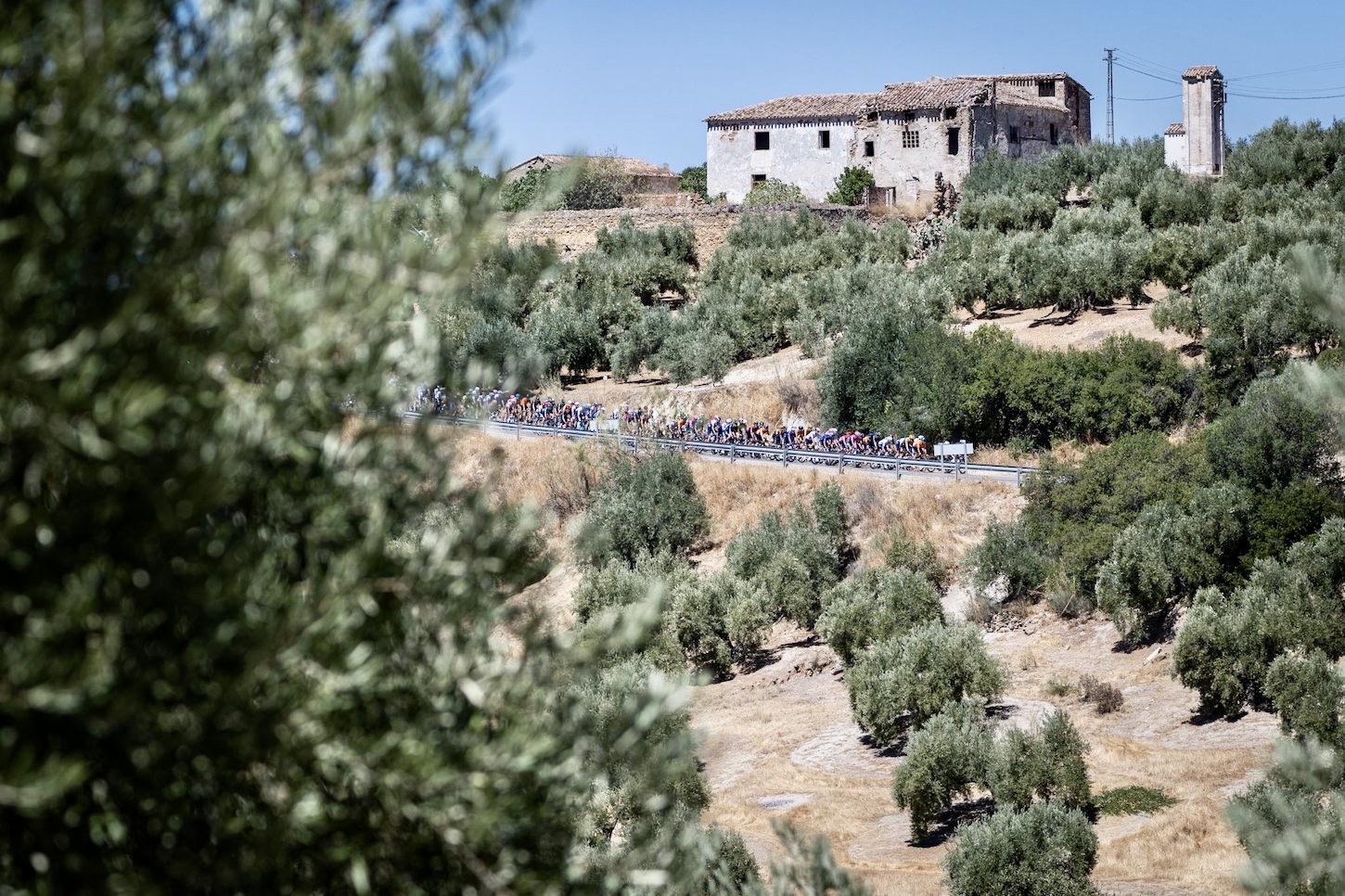 Thymen Arensman (Team DSM) won today’s Queen stage of the Vuelta a España, after the Dutch rider attacked from out of the breakaway group to catch and pass Marc Soler (UAE Team Emirates), and on to celebrate a solo victory atop the Sierra de La Pandera.

Meanwhile, despite suffering along the summit finish, Remco Evenepoel (QuickStep-AlphaVinyl) dug deep to defend his overall race lead, limited his time losses to Enric Mas (Movistar) and Primož Roglič (Jumbo-Visma), so kept the red leader’s jersey for another day.

Arensman was part of a large breakaway group that took a while to form, making his winning move with just under 8 kilometers to go, subsequently reining in Soler to seize the stage honors in his Spanish Grand Tour debut.

In the meantime, it wasn’t until the ramp up to the Alto Hoya de la Mora along the final climb that the battle for the red jersey lit up, with Mas only able to make modest inroads into Roglič’s advantage.

For his part, the Jumbo Visma rider commenced a late attack that could only take 15 seconds out of Evenepoel’s lead, while Miguel Angel Lopez (Astana-Qazaqstan), hoping for a repeat of the stage win he achieved on the same slopes in 2017, attacked with 10 kilometers to go, only to be quickly joined by Mas.

Back up front, Arensman surged across to catch and pass Soler. From there, he pushed on, quickly opening up a 1:20 lead over Mas et al.

Back in the main bunch, Evenepoel refused to panic along the constant 5.5% gradient, time trialling in pursuit of Mas. He managed to keep the gap at 30 seconds, with a tailwind helping him slightly.

In response, Roglič remained fixed on their wheels, seemingly unable to attack Evenepoel and join Mas.

But, the three-time defending champion did managed to dispatch both Evenepoel and Ben O’Connor (AG2R Citroën Team) with one kilometer to go, gaining 15 seconds on his Belgian rival.