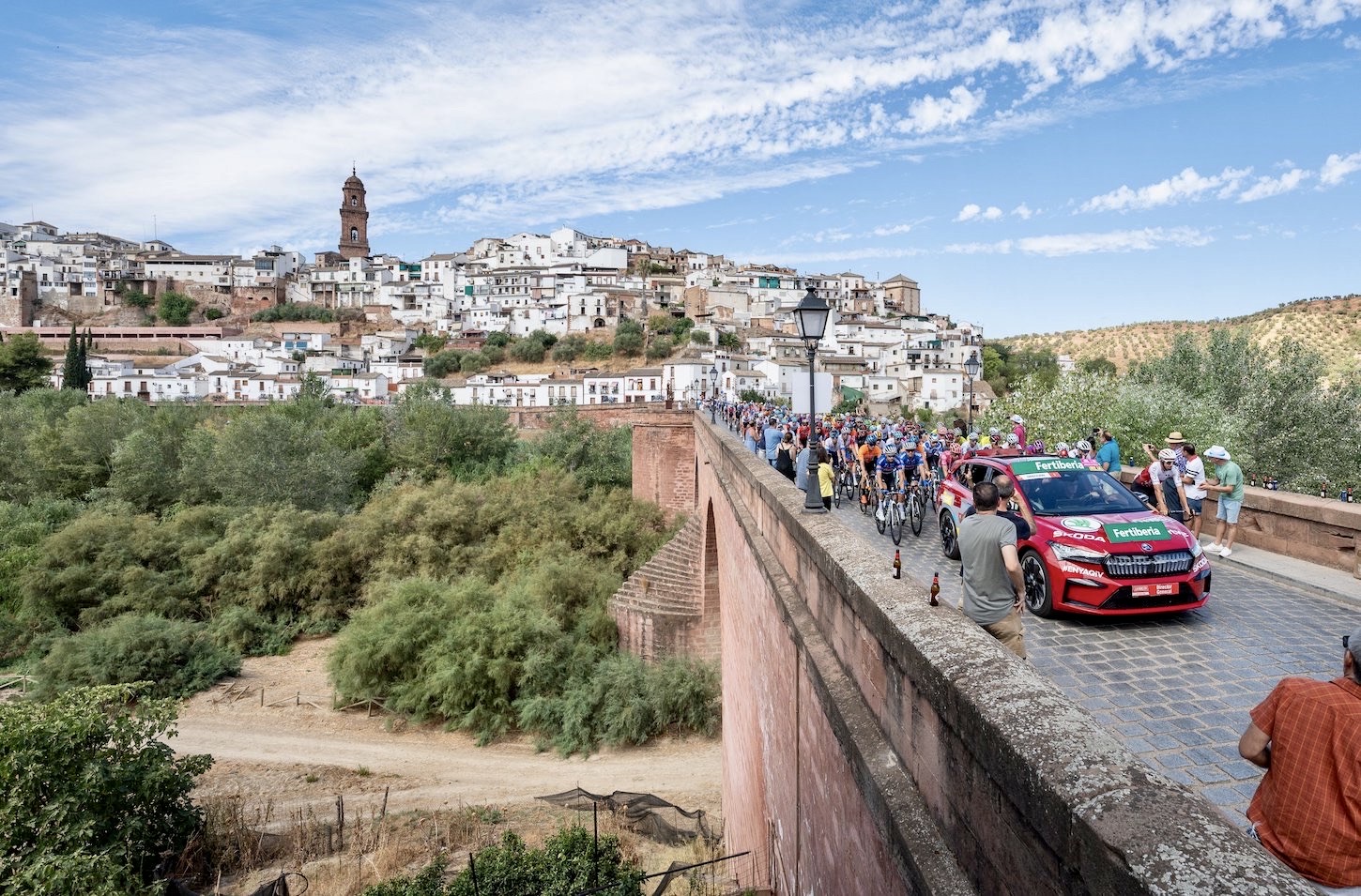 Primož Roglič (Jumbo-Visma) attacked along the steep, final slopes of the Sierra de la Pandera during stage 13 of the Vuelta a España today, distancing Remco Evenepoel (QuickStep-AlphaVinyl), landing his first counter-punch in the battle for the overall victory.

In the meantime, Evenepoel struggled during the last 3 kilometers of the steep Andalusian climb, but the Belgian rider managed to limit his losses and stay in the leader’s red jersey. Other GC riders finished the stage before him and he lost 48 seconds to Roglič.

From there, the escapees went on to establish a three and a half minute advantage before the Puerto de Siete Pilillas, a 9.9 kilometer category 3 climb at an average of 3.5%.

At the summit, Carapaz collected the maximum mountain points available, while the peloton briefly split again along the sweeping descent, with the breakaway extended its lead to 4:16.

On that penultimate climb, the breakaway fractured as Sanchez accelerated up the road, with Conca, Champoussin and Carapaz later bridging their way to the Spanish rider with 9 kilometers to go.

Back in the peloton, Robert Gesink and Chris Harper upped the pace, leading a Jumbo-Visma offensive, as Ineos-Grenadiers also moved to the front for Carlos Rodríguez, while Evenepoel remained tucked in behind.

With 4 kilometers remaining, Roglič capitalized on his team’s efforts and attacked off the front, leaving Evenepoel himself to chase. But, as the Slovenian rider pressed on up the climb, Evenepoel cracked and began shedding time to his rival.

As Roglič pressed on, Mas and López recovered enough to join him, setting about reeling in  the lone leader Carapaz, who had left his breakaway companions in response to Roglič’s attack.

Just as Mas was being dropped further down the mountain, Evenepoel began reestablishing his rhythm in an attempt to limit his losses in an explosive GC battle that saw all his major rivals except Juan Ayuso (UAE Team Emirates) all gain time.

Meanwhile, Roglič and López continued hunting down Carapaz during the final few hundred meters, but the Ecuadorian rider managed to hold off his rival and seize the stage honors.