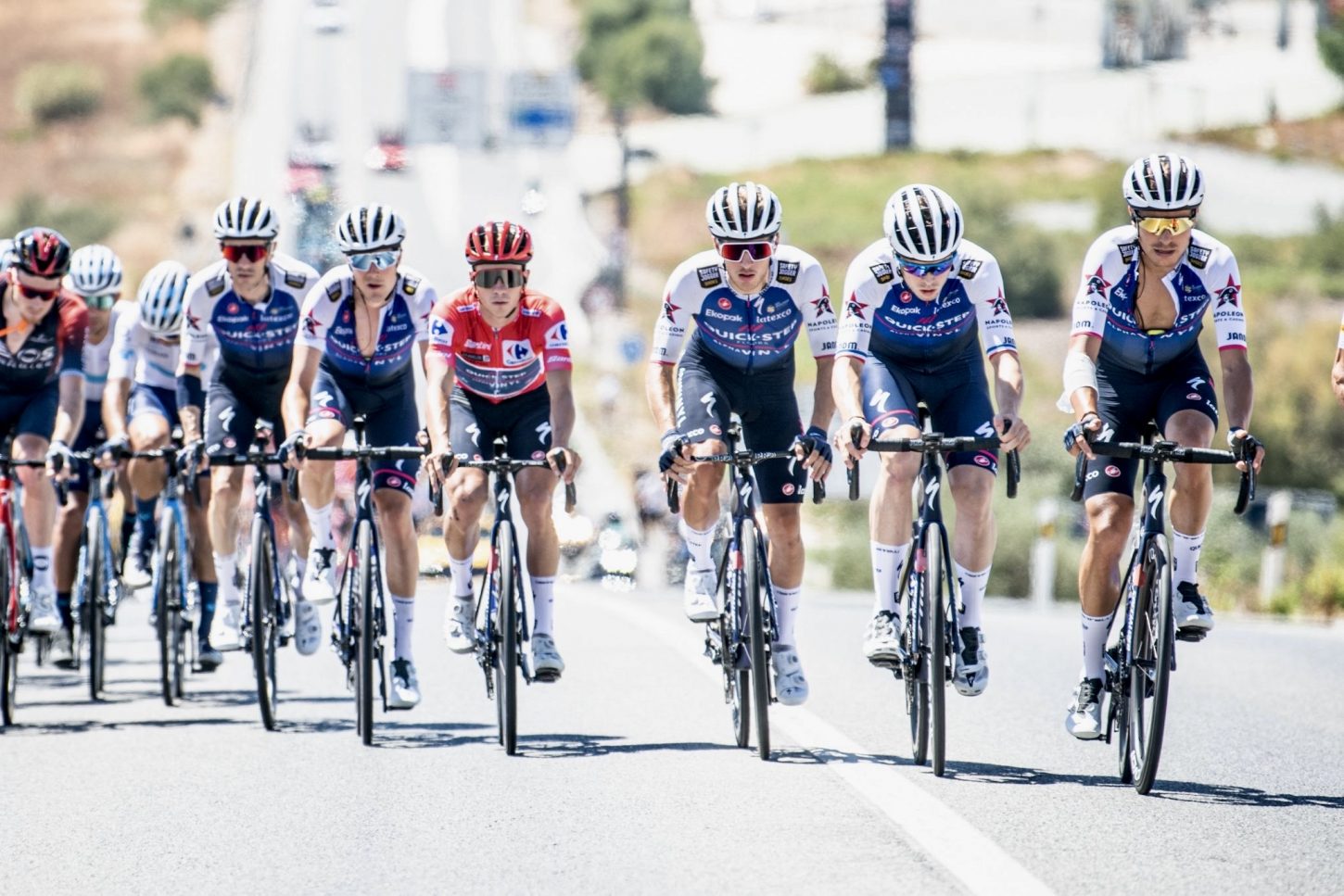 Mads Pedersen (Trek-Segafredo) claimed victory in a chaotic stage 16 of the Vuelta a España today, which saw Primož Roglič (Jumbo-Visma) involved in a crash during the closing 150 meters in a breathless finale in Tomares, while race leader Remco Evenepoel (QuickStep-AlphaVinyl) suffered a puncture during final 3 kilometers.

Roglič blew the peloton apart when he launched his attack inside the final 3 kilometers as the race headed uphill, leading a select of group of five riders into the home straight as he sought to gain time on Evenpoel.

But, just as the Slovenian rider was set to take a big chunk out of his Belgian rival’s lead, he was caught up a bizarre crash that scuppered his chances.

Meanwhile, Evenepoel himself punctured, but was given the same finish time as the peloton, thus retaining his grip on the overall race lead.

In the meantime, Pedersen emerged out of the carnage to take victory ahead of Pascal Ackermann (UAE Team Emirates).

Earlier in the stage, Ander Okamika (Burgos-BH) and Luis Angel Maté (Euskaltel-Euskadi) went on the attack, later building up a lead of almost four minutes at one point.

However with just under 15 kilometers to go, the duo was reined in thanks to the work of Trek-Segafredo and Cofidis.

Roglič kicked with 2.5 kilometers to go, quickly opening up a lead of several bike lengths before being caught by Akermann, Fred Wright (Bahrain Victorious), Danny van Poppel (BORA-Hansgrohe) and Pedersen.

Roglič led them out into the final 500 meters, when Pedersen kicked for the line. Roglič, who was at the rear of the five riders, appeared to clip Fred Wright as he wound up his sprint. The contact left him blooded on the ground although he was able to cross the line. He gained 8 seconds on Evenepoel for his troubles.

With 2.2 kilometers to go, Evenepoel punctured, but his race lead was largely unaffected thanks to the 3 kilometer rule. This means he was given the same time as the group that finished 8 seconds behind the leaders.