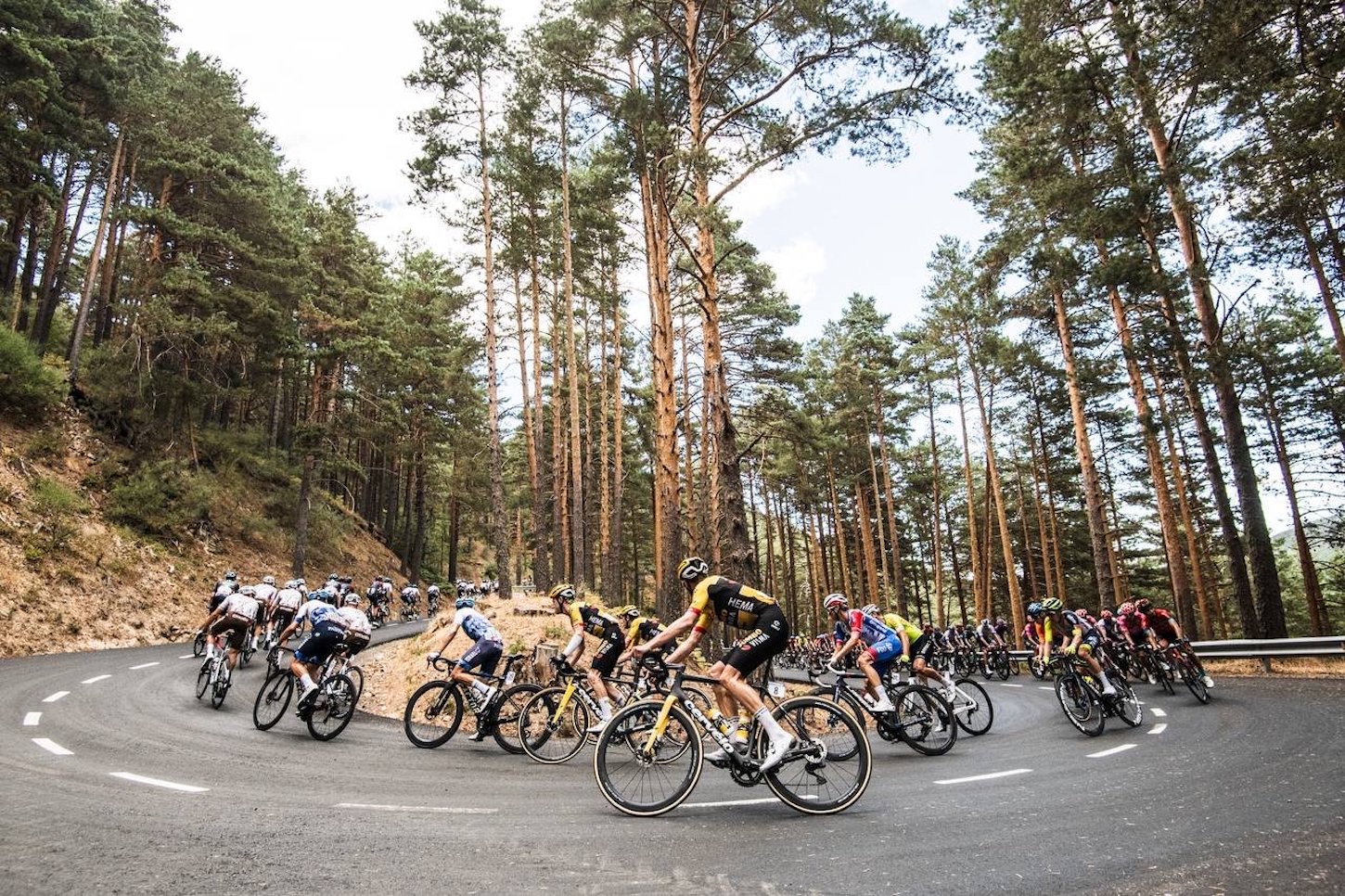 Carapaz triumphed from the breakaway group after leaving Sergio Higuita (Bora-Hansgrohe) behind at the peak of the day’s final climb with 7km to go.

Meanwhile, as the GC group raced behind him, overall leader Remco Evenepoel (QuickStep-AlphaVinyl) all but secured his first career Grand Tour victory, having safely traversed the final challenge of the race.

The Belgian rider held a lead of 2:07 over second-placed Enric Mas (Movistar) heading into the multi-mountain day stage to the Puerto de Navacerrada.

However, he had little trouble in defending his overall lead, with his Spanish rival limiting his efforts to a handful of accelerations on the penultimate climb of the day.

The final showdown of this year’s Spanish Grand Tour took the riders into the Sierra de Guadarrama with five major ascents adding up to 3,840m of elevation on the way to Puerto de Navacerrada.

From there, the peloton allowed the escapees to open up a modest advantage, with Fernandez, Meurisse, Stannard, Navarro and Guglielmi leading over the summit of the Puerto de Navacerrada.

Marc Soler (UAE Team Emirates) later bridged his way to the leaders along the descent, joining Stannard at the front while the rest of the escapees dropped back into the 24-rider chase group.

Thibaut Pinot animated things along the climb of the Puerto de Navafria, taking Gino Mäder (Bahrain Victorious) and Gregor Muhlberger (Movistar) with him in pursuit of the leaders with 68km to go.

With 40 kilometers remaining, the lead group now containing Stannard, Soler, Pinot, Mäder and Mühlberger was joined by Carapaz, Valverde and Higuita, among others.

The group swelled once more on the descent, with O’Connor and Rodríguez making their way back along with several other riders who were dropped.

Behind the Carapaz group, Thymen Arensman (DSM) jumped out of the red jersey group to nab second place with Juan Ayuso (UAE Team Emirates) taking third in the mountains classification.

Heading from Moralzarzal to Puerto de Navacerrada in Spain’s Meseta Central, only Carapaz, Higuita and Meintjes remained out front.

Meintjes was later dropped at the start of the final climb, with Carapaz later dispatching Higuita near the summit, extending his already commanding lead in the mountains classification as he went over the top to seize the stage victory.