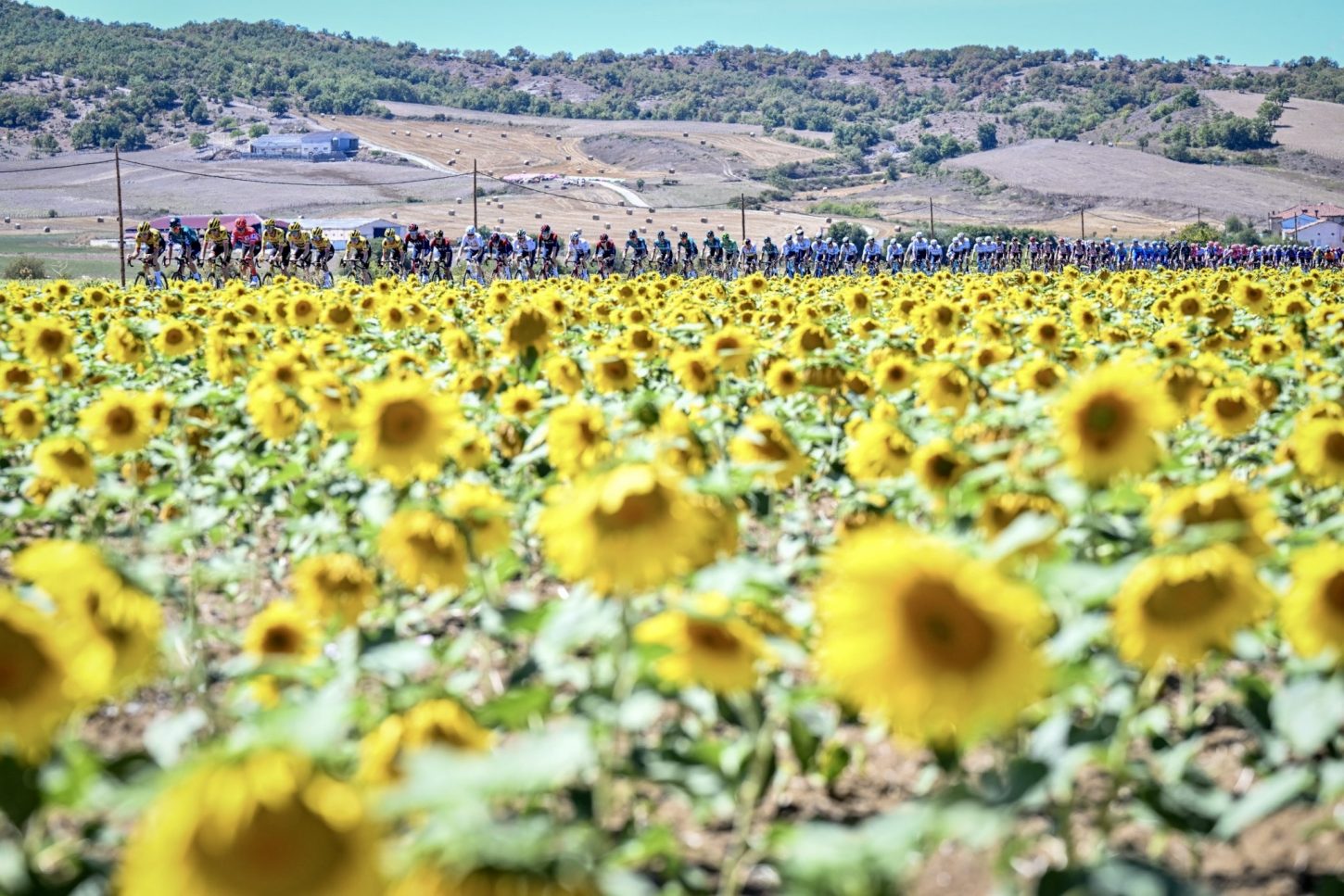 Primož Roglič (Jumbo-Visma) claimed stage 4 of the Vuelta a España today, evidencing the Slovenian rider is on-track to winning his fourth, consecutive title in the Spanish Grand Tour.

As Kenny Elissonde (Trek-Segafredo) was leading his teammate Mads Pedersen along the narrow, twisting climb to the finish in Laguardia, Roglič leaped into action during the final 500 meters, leaving his Danish rival unable to respond to his acceleration, relegating him to second place.

In the meantime, Enric Mas and his Movistar team dominated the lower slopes of the final climb, earning the Spanish rider the final spot on the podium.

An early breakaway including Aleksey Lutsenko (Astana-Kazakhstan) was reeled in as riders began to look towards what promised to be a difficult finale in Laguardia. As the main field approached the summit of the final categorized climb of the Puerto de Herrera, Julian Alaphilippe (Quick-Step Alpha Vinyl) launched an attack looking to split the group.

However Roglič was able to comfortably answer the French rider’s move as they began the fast descent.

The riders were all back together as they reached the final ramp to the line, with Movistar looking to launch Mas.

Pedersen was the next to go, but he was unable to sustain his effort, allowing Roglič to sweep past him and cross the finish with a comfortable gap ahead of his rivals.

As a result of his stage victory, Roglič seized the overall race lead, opening up a 13-second margin over his teammate Sepp Kuss, followed by Ethan Hayter (INEOS Grenadiers) a further 13-seconds back.