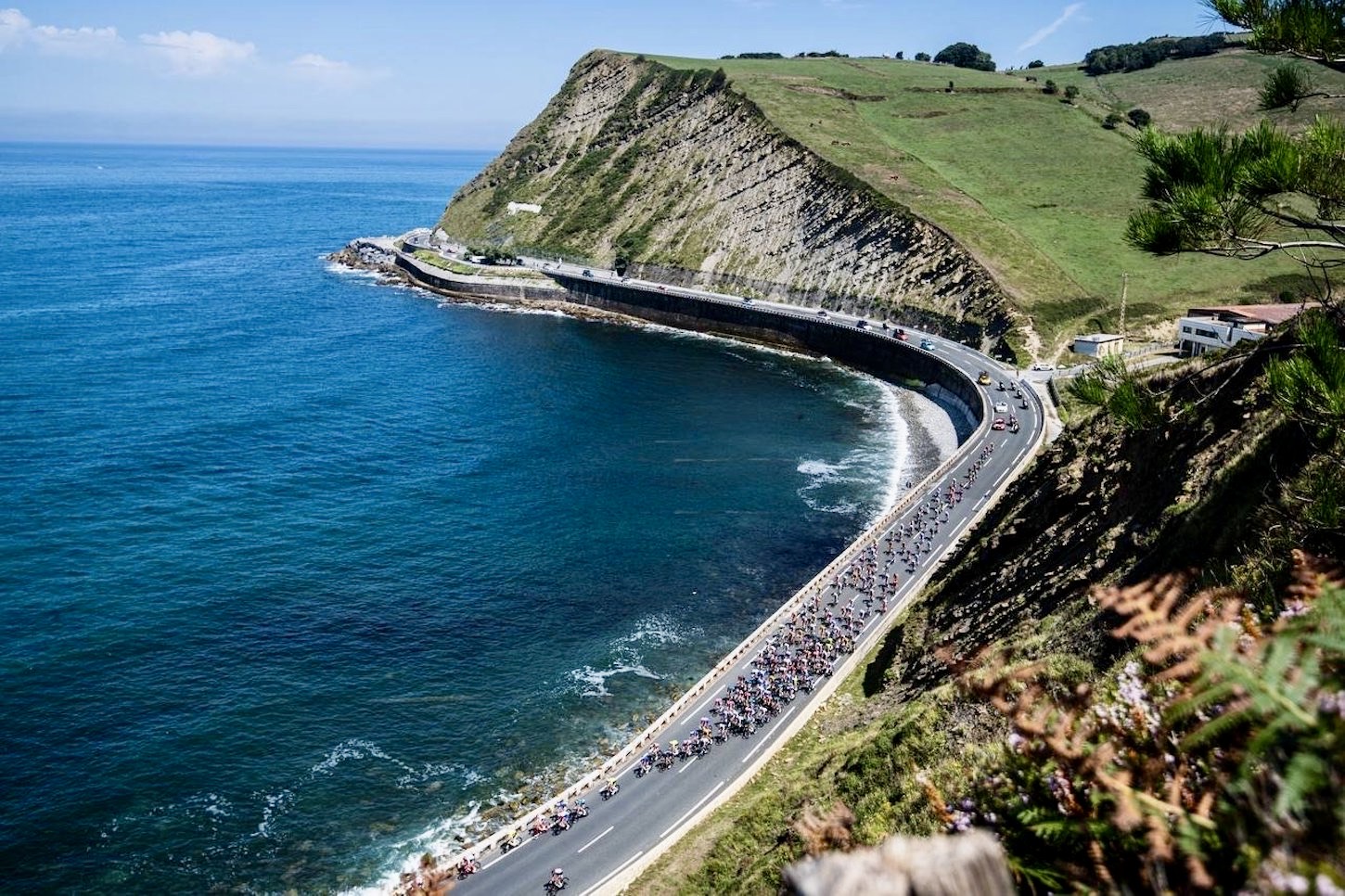 Marc Soler (UAE Team Emirates) held off a late chase to claim a solo victory in stage 5 of the Vuelta a España today.

Soler counter-attacked from the day’s breakaway group along the final climb to catch and pass Jake Stewart (Groupama-FDJ), who had previously commenced an attack near the foot of the last ascent.

From there, the Spanish rider opened up a substantial gap with 4 kilometers to go, clinging to a mere 10-second advantage under the flamme rouge to seize the stage honors.

Stage 5 started with a fast pace over the largely flat gradient, ensuring the peloton remained in tact for the opening 70 kilometers.

The first breakaway of the day finally formed after 70 kilometers, with 9 riders initially riding clear before that number swelled to 17.

Upon reaching the first climb of the day, the escapees’ lead stood at over two minutes, with Soler caught in the middle of both groups before catching up after summiting the climb.

The first three categorized climbs all came within 25 kilometers of each other, with Victor Langellotti (Burgos-BH) claiming all of the KOM points, moving him into the virtual lead of the KOM jersey.

With 50 kilometers remaining, the breakaway’s lead stood above three minutes, with Lawson Craddock (BikeExchange-Jayco) attacking halfway up the fourth climb. Langellotti tried his best to catch up in an attempt to take the maximum mountains points, but he failed to catch Craddock as the American rider summited the Alto del Vivero first.

The pair started their descent with a 12-second gap over the rest of the group, and four-plus minutes over the peloton.

However, on the descent to Bilbao, a majority of the breakaway came back together, with six having been dropped along the way, while the peloton was a further five minutes back, with Jumbo-Visma dragging the bunch along to ensure the red jersey would remain on Roglič’s back.

With less than 25 kilometers to go, Stewart attacked at the base of the final climb, opening up a 30-second margin. But, his move started to falter along the steeper sections, with Roger Adrià (Equipo Kern Pharma) countered from the group, only to be quickly reeled back in.

As Stewart’s lead continued to fall, Soler attacked from further back, catching the British rider with just one kilometer to go before the summit.

Back in the breakaway, Wright, Molard, Langellotti and Vadim Pronskiy (Astana Qazaqstan) lead the group down the mountain, while Stewart and Craddock also gave chase.

In the meantime, the peloton also gained ground on the final ascent, reducing the deficit to four minutes to Soler, with Jumbo-Visma still at the head of the bunch.

Stewart soon dropped off from the six riders chasing Soler, whose margin stayed between 10 and 15 seconds.

With 2.5 kilometers to go, Gregor Mühlberger (Movistar) and Fausto Masnada (Quick-Step Alpha Vinyl) came from further back to overtake the chasing group, building up a slight gap as they gradually reeled Soler back in. However, Soler continued to plough on, and led the race into the final kilometer.

At one point, it appeared inevitable that Soler would be caught, but once he was in the sights of the chasing group, the tempo slowed once again, with riders jostling for position and eager not to start their sprints too early. This allowed Soler to steal a larger advantage out front, as he desperately pedaled toward the line to eventually claim the stage victory.

Elsewhere, the peloton finished over five minutes behind Soler, resulting in Roglič forfeiting the leader’s jersey, with the privilege falling on Molard, who leads Fred Wright by two seconds on GC.