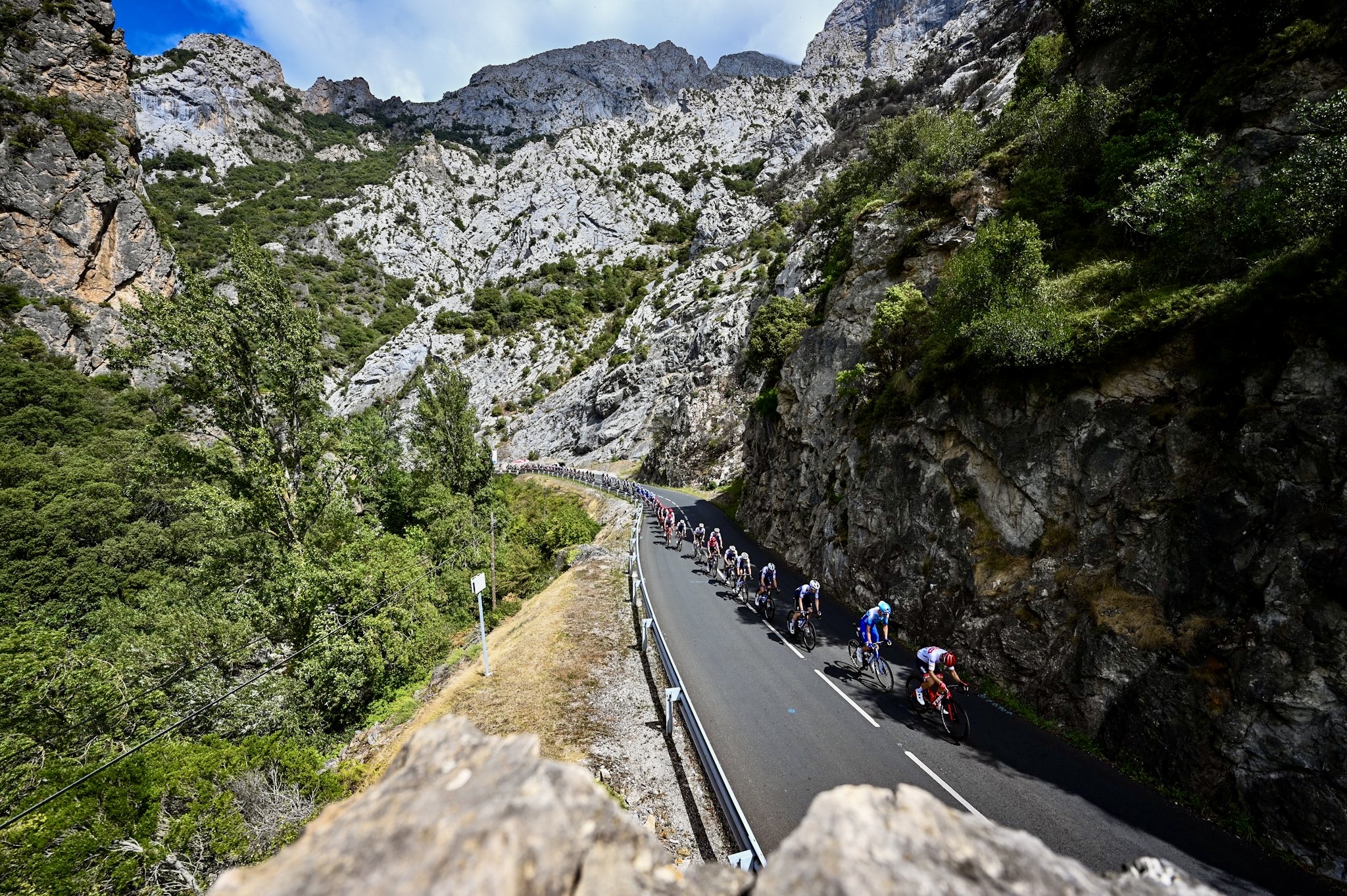 Jesús Herrada (Cofidis) won stage 7 of the Vuelta a España today, after the Spanish rider edged out Samuele Battistella (Astana Qazaqstan) in the sprint in Cistierna, while Fred Wright (Bahrain Victorious) rounded out the podium.

Despite a concerted chase effort during the last few kilometers, the lead quintet managed to stay ahead of the peloton, with Sam Bennett (Bora-Hansgrohe) winning the sprint back in the bunch to retain the green jersey, while Remco Evenepoel (QuickStep-AlphaVinyl) survived the stage to maintain his grip on the red leader’s jersey.

The opening 75 kilometers of today’s 190 kilometer stage from Camargo to Cistierna was mostly flat before reaching the climb of the Puerto de San Glorio, a grueling 22.4 kilometer ascent that had an average gradient of 5.5%, with one section that peaked at 11%.

From there, the escapees went on to establish an advantage of 4:20 over the peloton after 60 kilometers of racing.

However, the breakaway’s lead had fallen to 3:35 at the base of the day’s climb, subsequently dropping Goldstein from the group.

Meanwhile, the BikeExchange-Jayco and Arkea-Samsic led peloton was successful in reducing the leaders’ margin to 2:06 with 30 kilometers remaining.

The time gap started to fall more quickly from there, leaving the breakaway clinging to just a one minute lead with 10 kilometers to go.

With just 5 kilometers left, the breakaway was still holding onto a 49-second buffer, with Wright leading the group with under one kilometer to go.

Just as Wright appeared poised for victory, both Herrada and Battistella powered past the British rider during the final 50 meters, earning Herrada the stage victory, while Wright was relegated to a disappointing third place.