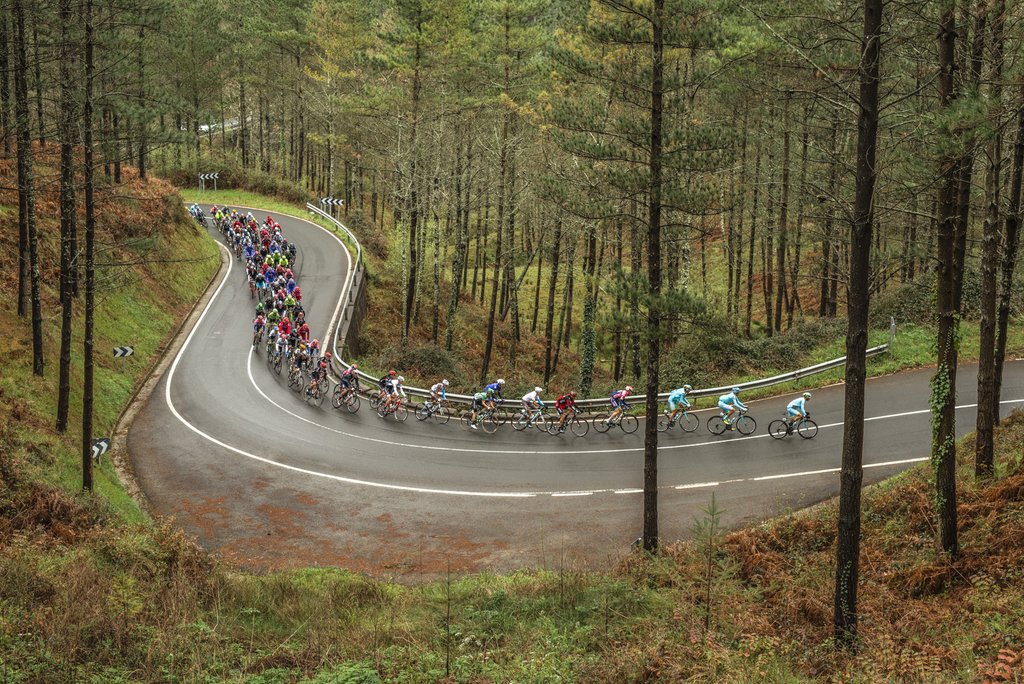 Alberto Contador (Tinkoff) claimed the final stage and overall victory in the Vuelta al Pais Vasco today, after winning the Individual Time Trial with the fattest time of 29:30 along the challenging 16.5 kilometer route.

Nairo Quintana (Movistar) previously set the fastest time of 29:18, but the Colombian rider bumbled with a bike change earlier in the stage that cost him seconds and most of his momentum.

Dario Cataldo (Astana) set an early benchmark of 31:03, which stood until Fabio Felline (Trek-Segafredo) eclipsed his time by almost 8 seconds.

However, Adam Yates (Orica-GreenEdge) would later obliterated their times, with a new benchmark that was 41 seconds faster.

From there, the British rider’s time stood, until Quintana came in 48 seconds faster.

But, the Movistar rider’s time has ultimately felled by Contador, who was undaunted by the steep 20% gradients of the of today’s uphill race against the clock.

Unfortunately, for the over-night race leader, Sergio Henao (Sky), despite  a strong come back along the descent, the Colombian rider struggled along most of the uphill climb in today’s ITT, subsequently losing valuable time both both Contador and Quintana.