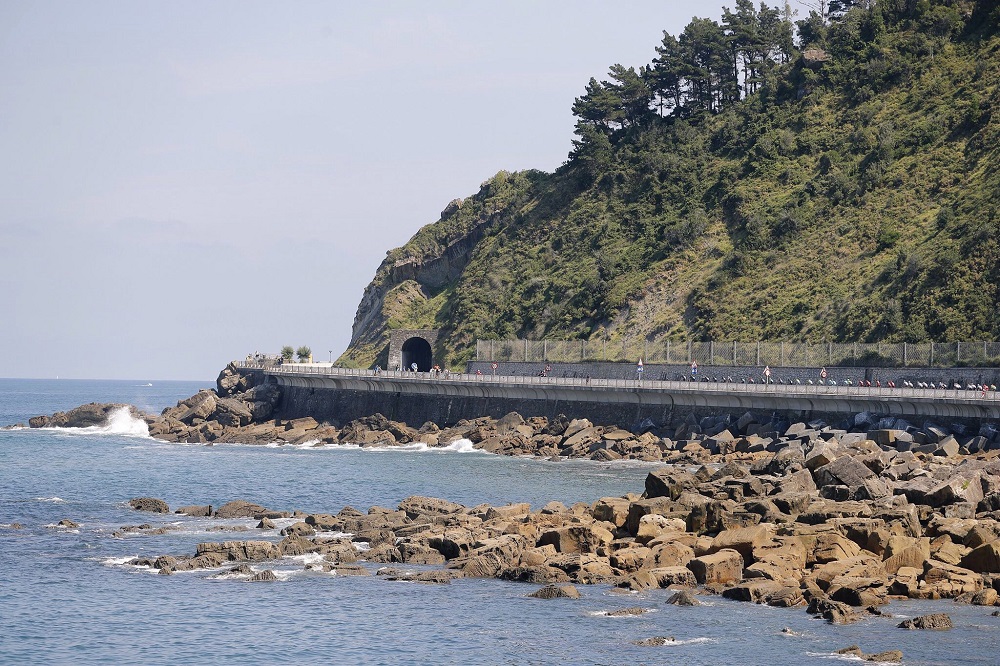 Lamper-Merida’s Valerio Conti claimed the biggest win of his career today, after winning stage 13 of the Vuelta a Espana.

The young Italian rider succeeded in riding clear of the 12-rider breakaway group during the final 19 kilometers, to seize a solo victory by almost a minute after his rivals failed to respond to his attack.

“I knew the break would go all the way because we’d taken an enormous gap. I’d picked out today as one to go in the break and it was a good break,” Conti said.

“It’s my first win in a Grand Tour. I didn’t have best legs at the start of the Vuelta, and today, but I kept getting better as the day went on and I took my chance in the finale.”

Meanwhile, the peloton finished a massive 33:55 down on Conti, representing one of the biggest gaps in any modern Grand Tour stage.

Nairo Quintana’s race lead never came under threat however, as the Colombian rider continues to hold almost a one minute lead over Chris Froome – ahead of tomorrow’s challenging mountain stage that includes the climb of the Col d’Aubisque.

Valerio Conti claimed the biggest prize of his career when he powered to a solo victory in the 13th stage of the Vuelta a Espana, attacking a reduced group of breakaway riders with less than 20 kilometers left in the 213.4-km hilly ride between Bilbao and Urdax-Dantxarinea. The 23-year-old Conti, who was part of the the initial 12-man breakaway as the GC favourites kept quiet on a hot day in the Basque country, gave his Lampre-Merida team their first stage win in this year’s race. Nairo Quintana retained the overall leader’s red jersey after a quiet day in the peloton.

Lagutin was first at the top of the Alto Monte Igualdo (km 99) and Cardis won the intermediate sprint in San Sebastian (km 110) before the fugitives’ lead exceeded 20 minutes while the peloton was being led by Movistar.

Lagutin was again first at the top of the Alto de Aritxulegi (km 130.4) and the Alto de Agiña (km 139), the second and third of four third-category climbs of the day. The Russian made sure he would wear the polka dot jersey on Saturday by also reaching the Puerto de Lizaieta (163.2) first.

The stage was too much to handle for Zico Waeytens (Giant-Alpecin), who abandoned some 60 km from the finish.

After an unsuccessful attempt by Rossetto, Wallays attacked the front group with just under 30km left and he was only followed by Gogl. The two are being caught 22.5km from the line. After several foiled attacks, Laengen, Wyss, Conti, Lagutin, Gogl and Lampaert manage to break away from the group, only for the Italian to go solo with 19km left.

He never looked back, crossing the line with a 55-second advantage over Wyss and Lagutin, who were second and third espectively.

The peloton finished almost 34 minutes off the pace.