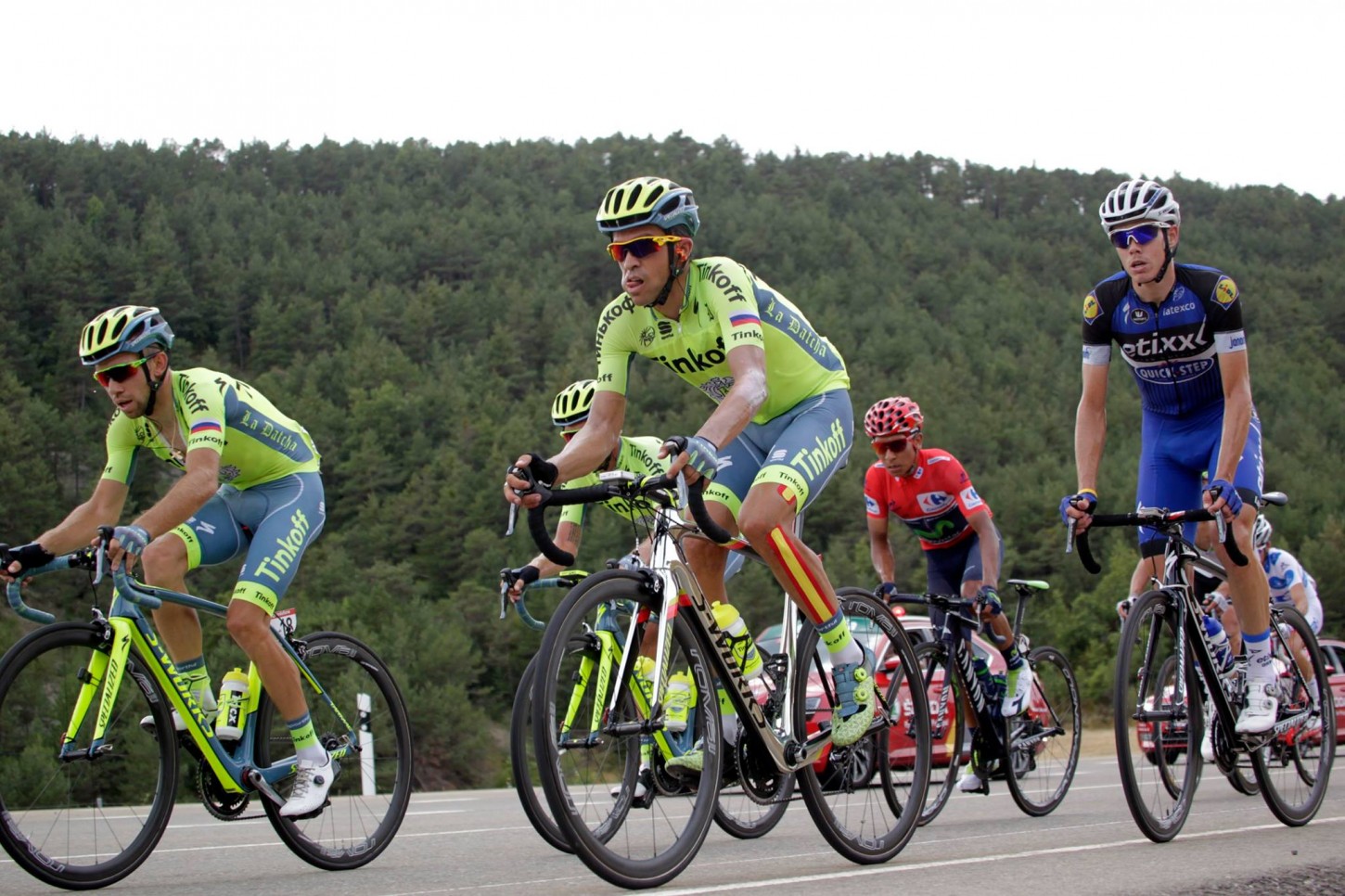 AG2R La Mondiale’s Pierre Latour stage 20 of the Vuelta a Espana today, after the French rider managed to distance Darwin Atapuma (BMC) during a pitched battle during the closing 400 meters to clinch the stage honors.

Fabio Felline (Trek-Segafredo) rounded out the podium in third, finishing 19 seconds down on Latour.

Meanwhile, Nairo Quintana (Movistar) fended off numerous attacks from his rivals to virtually seal his first Vuelta a España victory on the Alto de Aitana.

Chris Froome (Sky) tried but failed to distance the Colombian rider, and sat up to applaud Quintana as the duo crossed the line before the parade into Madrid.

In the meantime, Esteban Chaves (Orica-BikeExchange) launched a ferocious attack to unseat Alberto Contador (Tinkoff) from the final podium position, going clear on the penultimate climb with almost 50 kilometers remaining.

From there, Chaves linked up with teammate Damien Howson, who dropped back from the day’s breakaway and towed his team leader to the foot of the final climb.

Contador rallied but could not close down the gap and lost third place by 13 seconds.

Nairo Quintana (Movistar) was poised to win the Vuelta a España after holding off Chris Froome (Sky) in the final mountain stage won by Pierre Latour (ag2r-La Mondiale). The Briton attacked repeatedly in the finale of the last climb to the Alto de Aitana but he could never drop the red jersey, who, barring a crash, will win his second Grand Tour after the 2014 Giro d’Italia on Sunday. Esteban Chaves jumped away from the favourites’ group in the penultimate climb to leapfrog Alberto Contador into third overall. Omar Fraile (Dimension Data) will win the polka dot jersey by a single point after he leapfrogged Kenny Elissonde by being first at top of the opening climb. Fabio Felline (Trek-Segafredo) is now leading the points classification after taking third place in the stage.

Samuel Sanchez (BMC) did not take the start, having suffered a dislocated shoulder and bruises on his hip and knee in a crash in Friday’s time trial. The stage got a off to a nervous start with Kenny Elissonde (FDJ) jumping away from a big group of breakaway riders hoping to take the KOM points at top of the first climb, the 2nd category Coll de Rates. The Frenchman cracked, however, and Omar Fraile (Dimension Data) went atop first to virtually take the polka dot jersey.

The break was reined in and more attacks followed, including one in the descent involving Froome, Andrew Talansky, Esteban Chaves, Alejandro Valverde and Quintana. Tinkoff brought them back. Movistar reined in another breakaway that featured Sky riders before two men, Rudy Molard (Cofidis) and Luis Leon Sanchez (Astana).

Elissonde went solo from the peloton and joined the group 100 kilometers from the line. They were 2:30 behind the leading duo while the pack was almost eight minutes off the pace.

Rojas crashed along the descent, went under a crash barrier and suffered tibia and fibula fractures.

The gap between Sanchez/Molard and the peloton rose up to 13 minutes, when Orica-Bike Exchange took the reins, setting up Chaves for an attack in the Puerto de Tudons that prompted Contador to lead the chase.

On the descent, Chaves was awaited by his team mate Hawson and both opened a one-minute lead over the red jersey group, which was led by Trofimov, who had dropped from the chasing group to help Contador.

They were two minutes ahead at the bottom of the final ascent, a 21.2-km effort at an average gradient of 5.9 per cent. Further up the road, the leading duo had a 1:40-advantage over the chasing group.

Sanchez made his move 12 kilometers from the finish, dropping Molard with a brutal acceleration. Atapuma accelerated to catch and drop Sanchez with Latour and Frank.

Froome launched his first attack with about 6 kilometres left and only Quintana could follow his accelerations.

Latour and Atapuma were on their own up front, with the Colombian attacking 400 meters from the line and opening a gap, but the Frenchman came back and sprinted to victory.

Quintana comfortably stayed in Froome’s wheel until the final straight, when he powered away from the Briton to add two seconds to his overall lead.