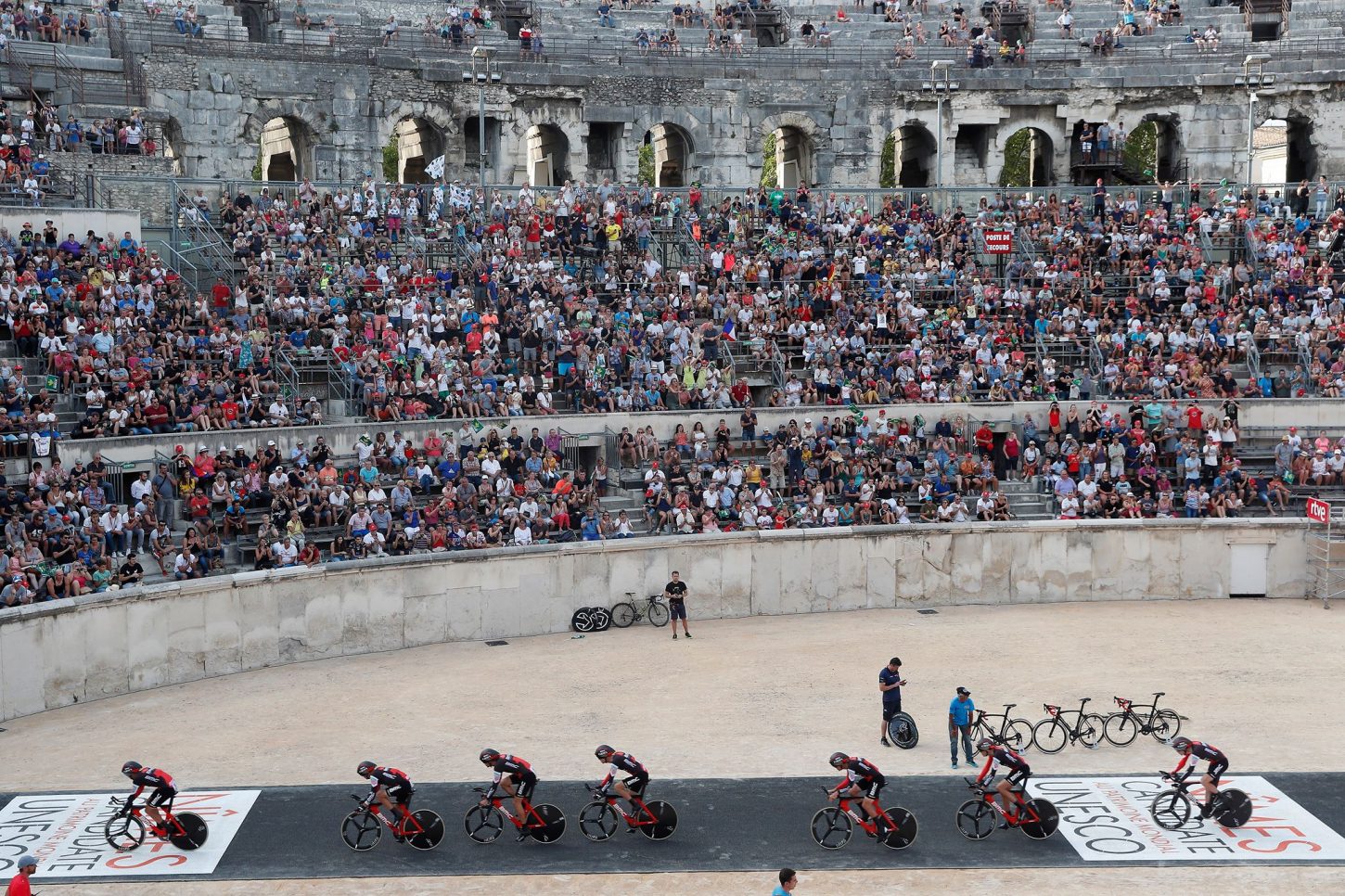 BMC Racing claimed the opening team time trial of the Vuelta a Espana today, after clocking the fastest time of 15:58 along the 13.7 kilometer course in Nimes, France, beating Quick-Step Floors by six seconds.

As a result, BMC’s Rohan Dennis was awarded the first leader’s jersey in this year’s Spanish Grand Tour.

“It was a hard course, very technical to start and we really had to tactically figure out if it was better to finish with nine or drop a few beforehand,” Dennis said. “It tested everything, it tested strength, technique, speed and handling. I’m not too worried about GC on this year’s Grand Tour. My goals were always Giro for GC, and then Vuelta. I just want to go for some stages and test myself against some of the GC guys. Hopefully I can come away with a couple of stages.”

The Colombian Professional Continental team, Manzana Postobon, was the first to roll down the ramp in the center of Nimes today, setting an initial benchmark of 16:51, which was quickly surpassed Lotto-Soudal, who crossed the finish with a new best time of 16:22.

The Belgian team’s benchmark stood for a long time, holding off the likes of Aqua Blue Sport and FDJ, until Bora-Hansgrohe knocked them from the leaderboard with a new best time that was three-seconds faster.

Bora-Hangrohe’s benchmark held for quite awhile as well, until Team Sunweb nixed their hopes with a time that was six-seconds faster.

The next major team to set a best time was the three-time and defending team time trial world champions Quick-Step Floors, albeit by less than one-second.

BMC Racing later set a scorching pace, that saw the American team easily beat the Belgian squad by six-seconds, while Rohan Dennis lead them across the line.

Unfortunately for Orica-Scott, the Australian team put in a dubious effort that saw them finish seventeen-seconds down on BMC.

Movistar wasn’t unable to put up a challenge either, nor could Team Sky, who crossed the line nine-seconds down on the winners.

The final team to cross the line was Trek-Segafredo, who appeared to struggle as the team split during the final part of the course.