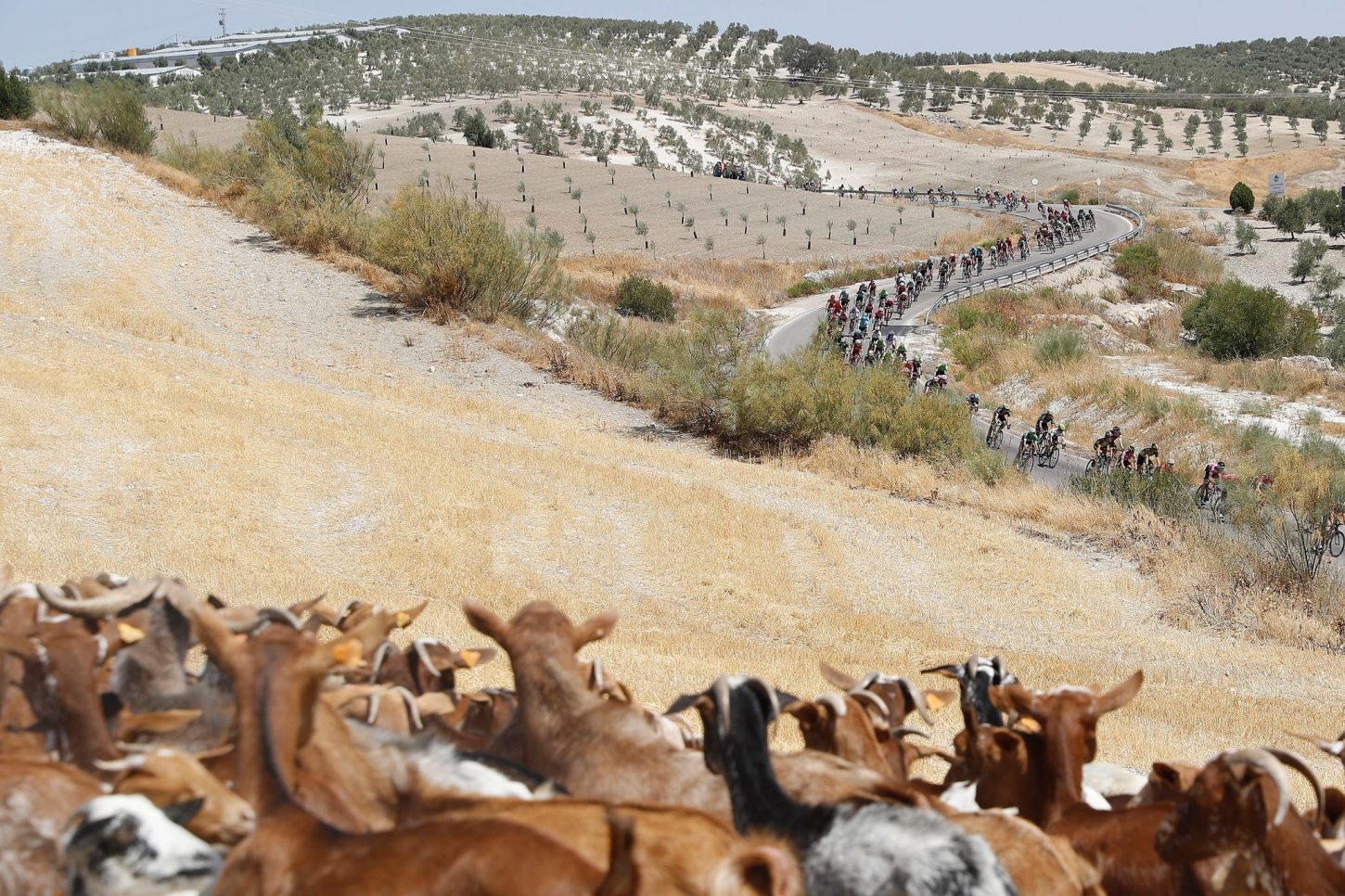 Rafal Majka (BORA-Hansgrohe) climbed his way to victory during stage 14 of the Vuelta a España today.

Majka was part of a 10-rider breakaway group that succeeded in escaping early on in today’s 175 kilometer stage from Ecija to the summit finish atop the Sierra de la Pandera, before making his winning move along the final climb.

Indeed, the Polish rider attacked just 2 kilometers into the final 12 kilometer ascent that proved unassailable for his former breakaway companions, which saw him crest the summit almost half a minute ahead of his closest rivals Miguel Angel Lopez (Astana) and Vincenzo Nibali (Bahrain Merida).

Meanwhile, race leader Chris Froome (Team Sky) finished in the fourth place, to retain his grip on the overall classification with a 55 second lead over Nibali.

The big losers of the day were Esteban Chaves (ORICA-SCOTT) and Fabio Aru (Astana), both of whom lost additional time on Froome during the final climb.

Chaves, who looked fresh when he attacked with just under 4 kilometers, but later cracked, lost an additional 26 seconds to Froome, while Aru lost even more as he struggled on the final climb.

Nibali was the day’s chief aggressor and briefly opened up a lead of just over 10 seconds on Froome with a trio of accelerations with under 4 kilometers to go, but the Team Sky rider caught back up with his Italian rival and limited his losses to just four bonus seconds.