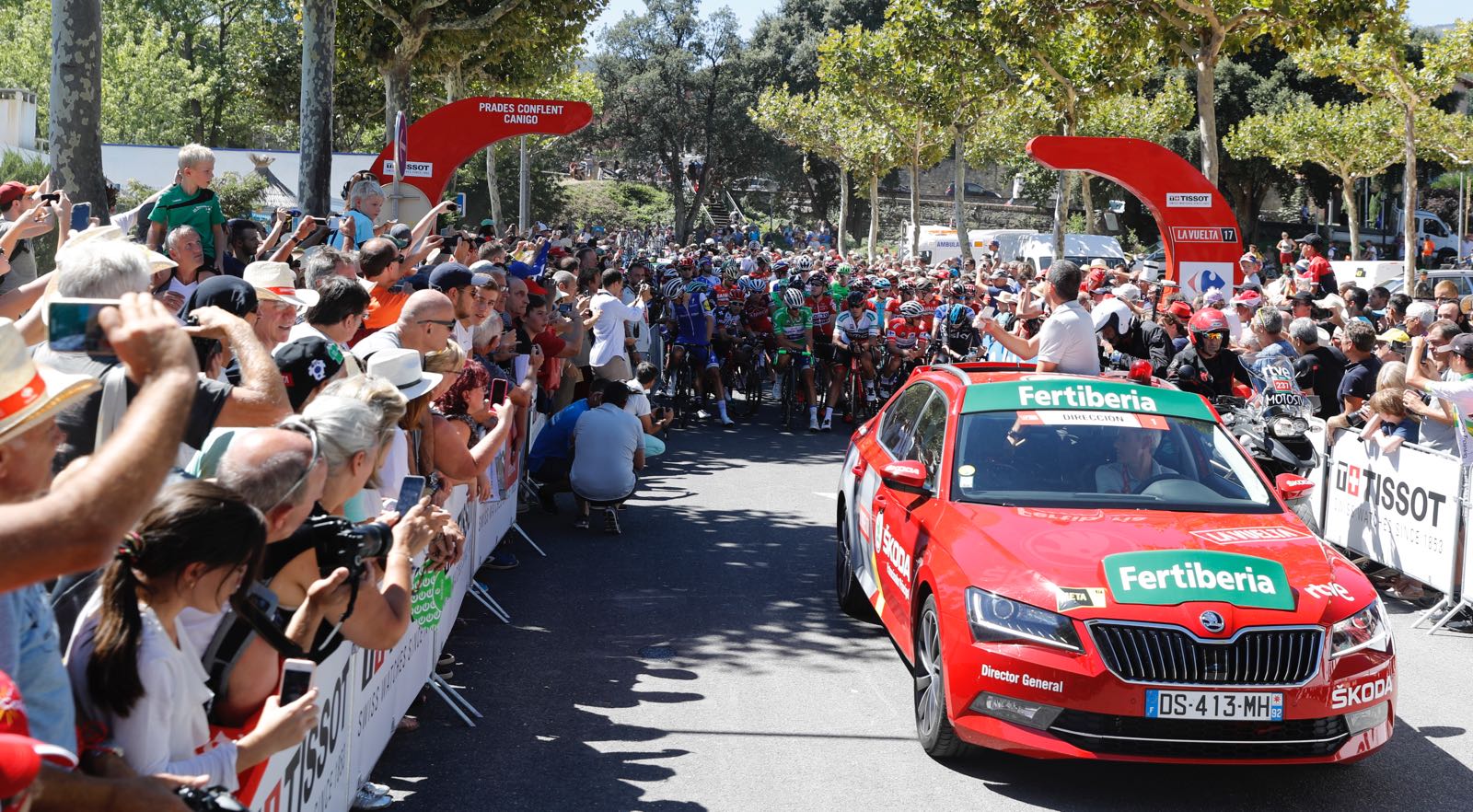 Vincenzo Nibali attacked during the last few hundred meters to claim stage 3 of the Vuelta a España today, while Chris Froome moved into the overall lead.

A group of overall contenders had looked poised for a sprint finale, after breaking clear of the peloton along the steep, final climb, but Nibali (Bahrain Merida) made a surprise late attack during the closing 400 meters, to beat David de la Cruz (Quick-Step Floors) and Froome (Team Sky) in Andorra la Vella.

Froome picked up six bonus seconds on the day, two at an intermediate sprint and four at the finish line, which was enough to move him to the top of the general classification, two seconds ahead of both second-placed De la Cruz and third-placed Nicolas Roche (BMC Racing Team).

Meanwhile, Alberto Contador’s hopes of overall victory in his final race were all but ended after the Trek-Segafredo rider was dropped on the last climb and lost 2:33, which leaves him 3:10 down on Froome.

The 158.5-kilometer stage from Prades in France to Andorra la Vella looked to be brewing into a four-way battle between Froome, Esteban Chaves (Orica-Scott), Romain Barbet (Ag2R-La Mondiale) and Fabio Aru (Astana).

With just over 8 kilometers to go, Froome launched a searing attack along the day’s final climb of the Category 2 Alto de la Cornella, subsequently dropping all of this rivals except Chaves.

However, all of the other contenders caught back up to the duo along the descent to the finish.

Roche made the first real attempt to wind up the sprint, but it was Nibali who had his timing right to seize the stage honors.