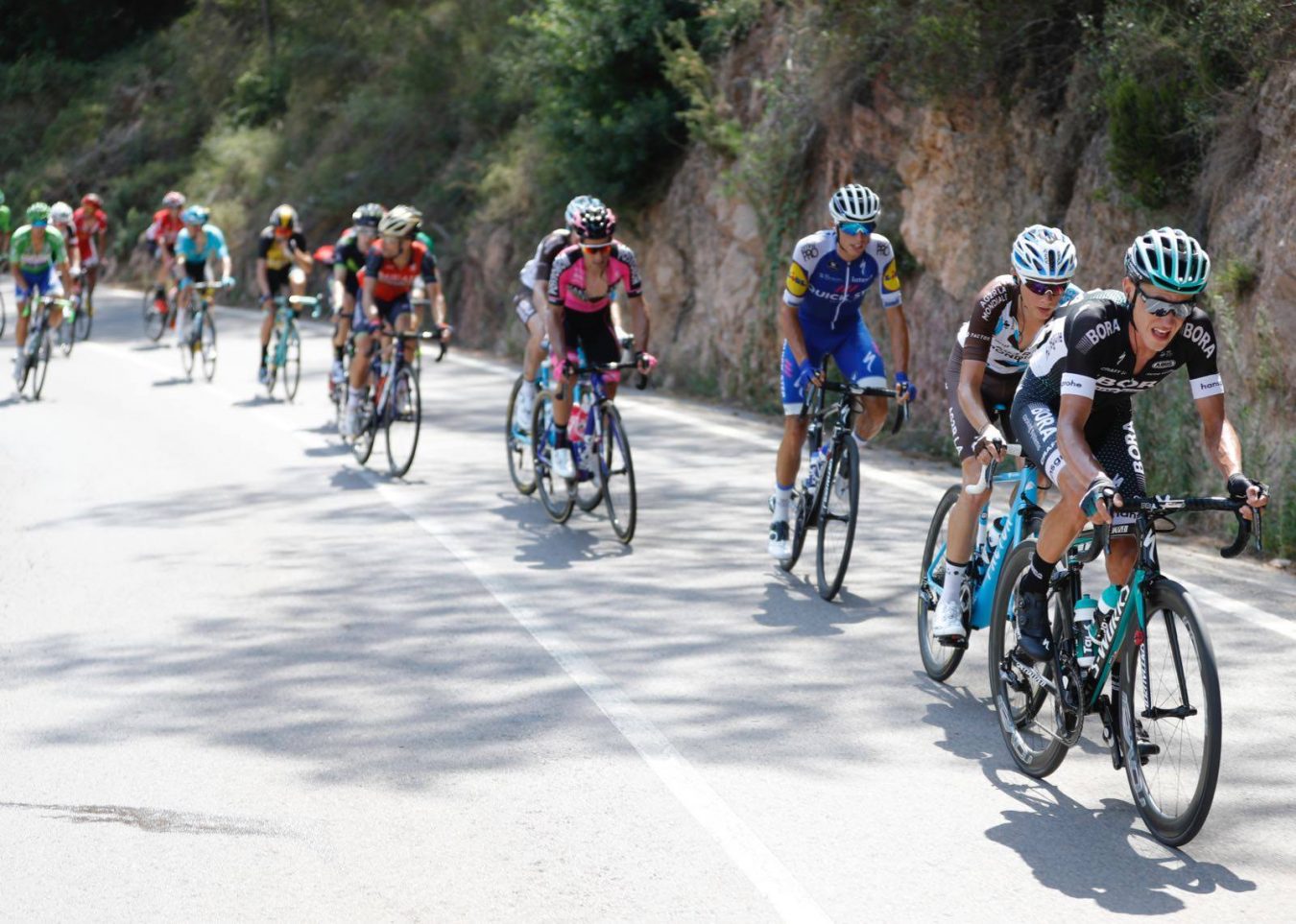 The trio had been part of the day’s original 37-rider breakaway group, which was eventually reduced to just five, before the trio broke away just before the finale.

“Phenomenal, it’s an incredible emotion. I came here really wanting to win a stage and to do it so soon”, Marczynski said after the stage.

“It was a tough day with a lot of pace in the break. The last ascent, we climbed really fast. We got to the final with two and then a few others came into town. Then we were all looking at each other, but I said, ‘I’m not going to let any attack go without me. If I don’t have enough strength in the final, so be it, but I’m going to give it my all.’ Since I’ve been in the break all day, I have to take advantage of this opportunity.

“It all worked out in the end.”

Meanwhile, Chris Froome (Team Sky) finished safely in the main group to retain his grip on the overall race lead, while Esteban Chaves (ORICA-SCOTT) moved up into second place – 11 seconds down on the British rider.

The big loser of the day was Tejay Van Garderen (BMC Racing Team), who crashed twice during today’s stage, moving the American rider from second place in the overall classicaction down to fourth – at 27 seconds behind the leader.

35 riders managed to ride clear at the outset of today’s stage. Amongst the big names to escape were Bob Jungles (Quick-Step Floors), George Bennett (LottoNL-Jumbo) and Jarlinson Pantano (Trek-Segafredo).

However, the fast pace of stage saw a rapid attrition rate amongst the breakaway group, forcing Jungles and Maxime Monfort (Lotto-Soudal) to head out on their own.

Back in the peloton, Alberto Contador (Trek-Segafredo) animated things a bit, after the Spanish rider decided to attack, subsequently spitting the main group and dropping numerous GC favorites along the way, except Froome.

As the race reached its final summit of the day, Pantano was instrumental in leading his teammate Contador over the climb, while Froome, Chaves and Van Garderen followed.

While cresting the summit, Van Garderen was caught in his first crash, causing the BMC rider to drift from the group.

Meanwhile, back out front Mas and Marcynski were still clinging to a lead of around one minute, with 35 kilometers still to go.

As they hit the final descent, the race began to calm, with the major GC contenders coming back together, while the lead group had since swelled to five riders with Sanchez and Antonio Pedrero (Movistar) bridging across.

As the red jersey group closed the gap on the leaders, Fabio Aru (Astana) managed to regain contact with Froome alongside Chaves and Vincenzo Nibali (Bahrian-Merida), who had found themselves in difficulty on the climb.

With 10 kilometers to go, the leaders managed to reclaim some lost time, while the group of main contenders playing cat and mouse with one another.

Up front, Mas, Marcynski and Pojankski continued to work well together, keeping themselves outside the grasp of the chase.

Back in the main group, Van Garderen was once again caught up in a crash, after losing ground around one of the many roundabouts along the final stretch to the finish.

In the meantime, it became a three-way battle for the stage victory, with Marczynski taking the stage honors, while Sanchez and Polanc came across the line eight seconds later.