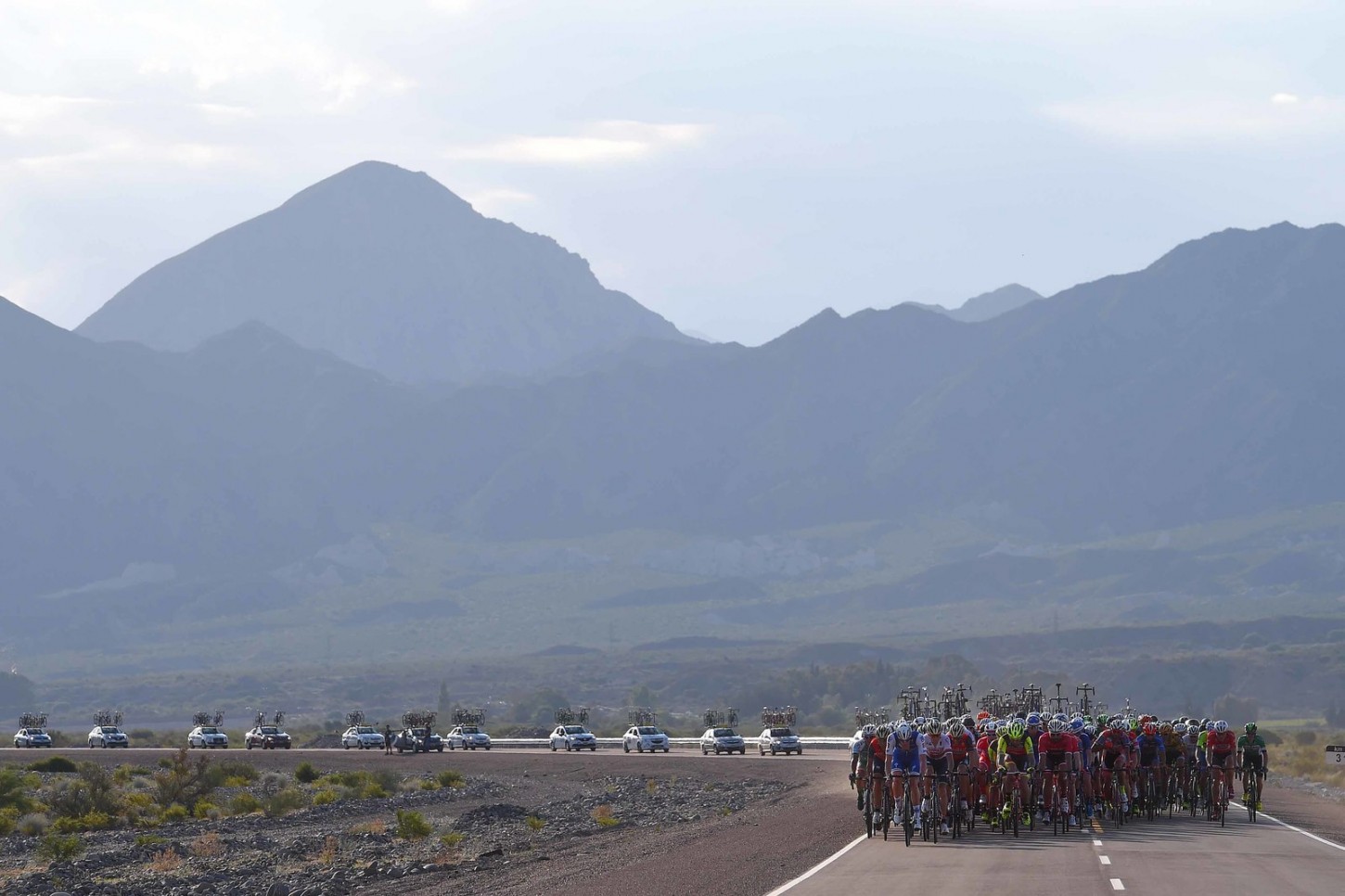 Tom Boonen claimed a comfortable victory in stage 2 of the Vuelta a San Juan yesterday, marking the first rider in the pro peloton to land a win on a bike equipped with disc brakes.

Yesterday’s 128.5 kilometer stage saw four riders escape the clutches of the peloton and proceed to build up a maximum advantage of more than two minutes over the chase.

Similar to Monday’s opening stage, Quick-Step controlled the gap for most of the race, to include emerging unscathed from a couple of crashes which took down several riders during closing kilometers – ultimately reeling in the escapees during the final meters.

From there, nothing was left to chance during the waning moments of the stage, as Quick-Step’s Max Richeze and race leader Fernando Gaviria dug deep to deliver Boonen into perfect position and launch him to victory.

Boonen, who has now won at least one race in each of his 16 seasons as pro, was full of praise for his teammates at the finish: “Right from the start of the day, the plan was to do the sprint for me, after going with Fernando on stage 1. In the final kilometer, both Max and Fernando did an awesome job and I got the better of Elia. I want to thank them for their help, because in the end, this is a team win. I’ve always had a good experience in Argentina and this victory shows that I’m on the right track for the upcoming races.”

“It’s just the start of the season, but the level in San Juan is a good one. I’m happy to win in Argentina, in front of these unbelievable fans. It’s incredible how many people came at the start and at the finish, you can really feel how much they love cycling and how passionate they are about it”, concluded Tom, who throughout his career has won more than 100 races across 13 countries and four continents.”

The peloton remained together for the first intermediate sprint after 25 kilometers, which was won by Jose Luis Rivera (Municipalized de Pocito), while Gaviria picked up a bonus second in third.

Things fragmented slightly after the sprint, with a third-category KOM point 10 kilometers later, where Antonio Cabrera (Chile) swept up the points as the breakaway eventually formed.

From there, the escapees succeeded in carving out an advantage of 2:30 over the chase, but just like yesterday’s stage, the peloton had no trouble keeping things under control, despite the windy conditions.

Naranjo took the points at the second intermediate sprint, while the final hour was marked by a couple of abandons. There were a couple of abandons, Maicke Monteiro being taken away on a stretcher, while Valerio Agnoli, Vincenzo NIbali’s Bahrain-Merida teammate, suffered a suspected broken collarbone.

With the peloton back together, the organizers managed to direct all riders to the finishing straight this time, and Boonen and Gaviria both played each other’s roles from the previous day with in perfect unison.