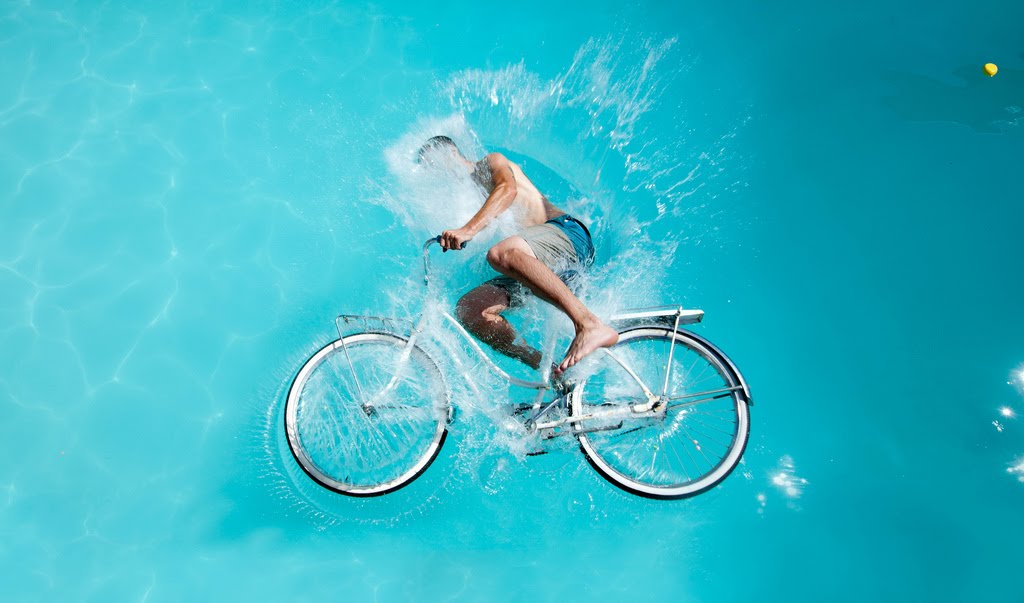 17 Sep 2015
By Gianni Pericolo - In LATEST ARTICLES, THE BROOM WAGON

Gee, it was just the other day, that I was thinking, how much I’d like to visit my friend in Cali, and ride my bike in his swimming pool.

Until however, a quick lesson in California law, brought the curtains down on any hopes that I had of enjoying such a cycling-aquatic splendor.

You see, according to a law in Baldwin Park, California, “Nobody is allowed to ride a bicycle in a swimming pool”.

Bummer, I guess I’ll just have to force myself to stick to the hills and valleys and scenic vistas. But, I was so looking forward to the fresh scent and taste of those chlorine tablets.

On a positive note, it appears as though Australia is about to repeal an arcane law, which prohibits cyclists from riding while “standing up”.

Phew, this means I can finally get out of the saddle when a kangaroo crosses my path.

Unfortunately however, cycling is still banned in Yangon, the capital city of Myanmar, since a law was passed in 2003 – stating “bicycles could not be ridden on busy streets”.

What a shocker, given Myanmar’s position in the world as a global leader in social justice.

Additionally, one better lay off the dunkel while riding in Germany, in view of an old law which states: “a person can lose his or her right to operate any non-licensed mode of transport (including a skateboard) if found drunk in charge of a bicycle”.