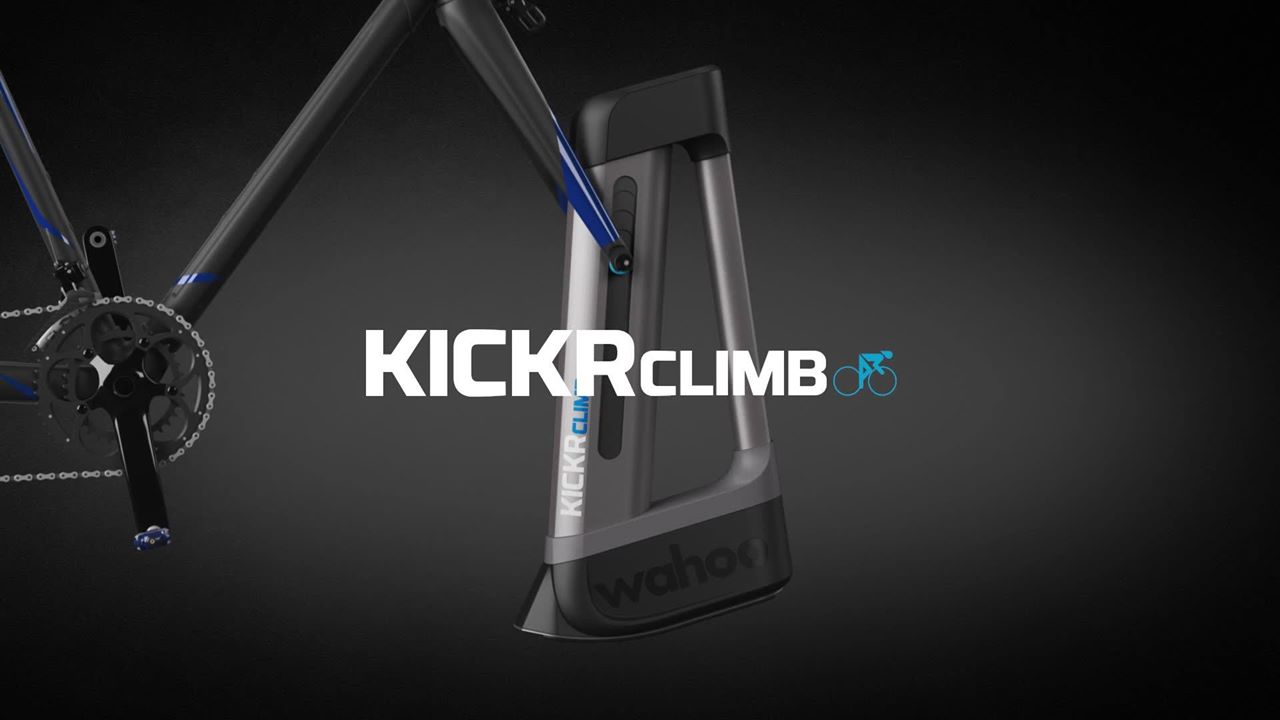 Wahoo unveiled its new KICKR CLIMB during this week’s Eurobike, which is capable of simulating climbing and descending when used in conjunction with training platforms like Zwift.

According to Wahoo, the KICKR CLIMB is designed to work only with the latest versions of Wahoo’s KICKR and KICKR Snap smart trainers, mainly because the bike’s rear dropouts must be allowed to pivot around that trainer’s axle for the climb simulator to work, while use with older KICKR’s or other trainers would result in damage to the bike.

Wahoo says, the KICKR CLIMB can simulate gradients up to a 20 percent grade, as well as descents of as much as 10 percent.

“The world we ride in isn’t flat, which is why we believed the indoor riding experience on the KICKR should follow suit,” said Wahoo Fitness’ CEO, Chip Hawkins. “And as we continue to keep Wahoo at the leading edge of innovation in this category, we’re proud to quite literally take structured climbing workouts and virtual course rides to the next level.”

Wahoo says, the grade changes create a more immersive virtual riding experience while also engaging climbing muscles and improving pedaling technique to enable the rider to become a more efficient and powerful climber.  Furthermore, in addition to reacting to grade changes from external sources like Zwift, TrainerRoad or from pre-loaded routes on Wahoo’s ELEMNT and ELEMNT BOLT GPS cycling computers, the KICKR CLIMB can be locked so that it only responds to commands received from the bar-mounted remote, enabling the rider to manually adjust the grade with the press of a button.

The KICKR CLIMB sells for $599.00, and you can learn more about it by visiting Wahoo’s website here.