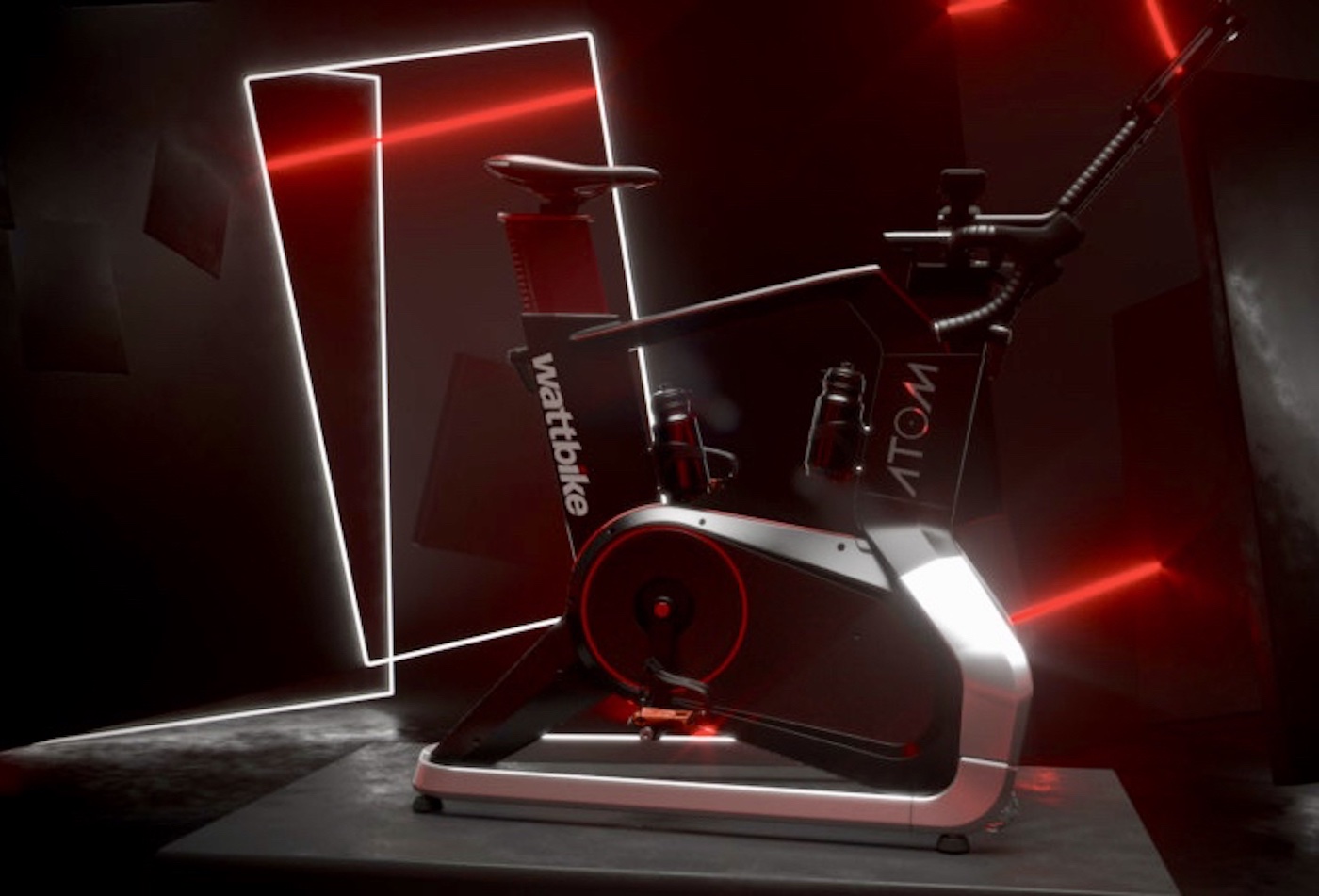 Wattbike has unveiled the latest version of its Atom bike, calling it the “next-generation” of smart indoor trainers.

According to Wattbike, the Atom’s revised electromagnetic resistance system now incorporates a wider range of resistance and faster syncing with third-party apps such as Zwift, while updated electronics have increased data-mapping with more precision.

Specifically, instead of relying on motors, the Atom’s new electromagnetic resistance system relies on changes in current to move the magnets up and down, changing the braking force instantly. This results in not only faster reactions times to gradients, but its own gear changes are now crisper and faster as well.

“An ever-increasing number of riders who have discovered its fitness benefits are demanding more sophisticated hardware to match the expanding sophistication of the online platforms as well as to enable a wider range of workouts,” says Wattbike.

Additionally, the new system also enables a greater range of workouts including HIIT and standing starts, while maximum resistance has been increased to 2500 watts at 130rpm.

A cadence sensor has also been added to the flywheel, along with a new crank angle sensor that not only allows for better accuracy during simulated gradients with programs like Zwift, but also provides more detailed data so riders can gain further insight into their performance.

For instance, the new crank angle sensor reads 48 times per revolution, compared with the two per revolution of the Atom launched back in 2017. This enables the bike to make faster decisions, adjusting the resistance system without having to wait for either a half or full turn of the pedals.

“Since its launch in 2017 I am immensely proud of what we’ve achieved with the Wattbike Atom; a radical, innovative smart bike that opened up a new era in home training,” says Richard Baker, CEO of Wattbike.

“We didn’t down tools and pat ourselves on the back when the Atom was launched in 2017. We really listened to our customers and the community to continually improve the product, both with regular content updates and improvement of software, firmware and hardware. The next generation Atom takes this a step further, to combine the latest innovative technology and learnings from our range of home and commercial products. The result is a product packed full of features to enhance your experience on third party apps, a phenomenal ride feel; and, of course, an unrivaled level of accuracy,” he adds.