What Makes the Madison So Exciting? 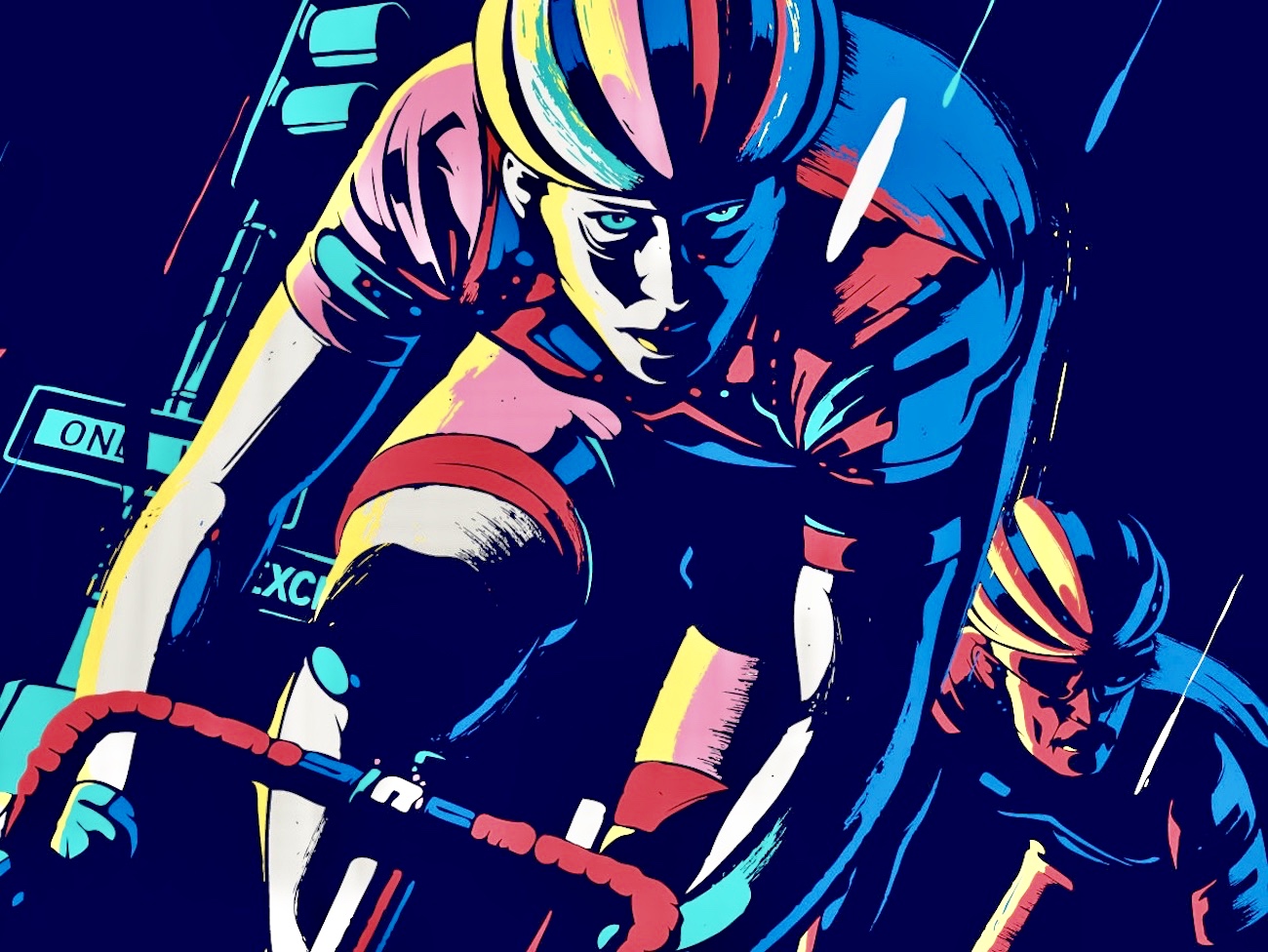 The Madison is an exciting endurance track cycling event raced by teams of two. It’s beautifully simple yet subtly complex. Here we explain the rules, scoring and what makes the best-matched pairs succeed.

The basic format has been around for some time, originating in the USA in the late 19th century. It’s named after New York’s Madison Square Garden where the event was first raced – it’s still known as ‘L’Américaine’ in French.

Teams of two compete, with only one rider from each duo ‘active’ at any time, the other ‘resting’ and riding at a slower place further up the track’s banking. To swap status they tag each other as they pass – anywhere on the track, as often as they want – with what’s sometimes a touch or push, but most usually a purposeful handsling to provide momentum to the incoming partner.

Points are gained for placings in intermediate sprints throughout the race, and, like in the points race, for lapping the rest of the field. It’s the points total at the end that determines the winner.

The Madison was an Olympic event for men in three Olympic Games: Argentina won in 2000, and Australian pairs were victorious in 2004 and 2008.

However, the regulations have been honed over the years and became standardized in its current format in 2016, ahead of the 2016-2017 UCI Track World Cup series. This major update included the introduction of the women’s competition at the 2017 UCI World Championships.

The men’s race is 50km long (200 laps of a 250m track) while it’s 30km for women (120 laps), with a sprint contested every tenth lap. Five points are awarded for first position, 3 for second, 2 for third and a single point for fourth place. Double points are awarded at the final sprint – which often triggers a strategic and dramatic finale. Lapping the bunch earns 20 points – which can be decisive – while any team that is lapped by the whole field has 20 points deducted.

Part of what makes watching the Madison so enthralling is the planning and interplay between the pairs – who will target gaining laps? Are they set up to contest many or every sprint? Or will conserving energy to play the sprint cards selectively get the win?

What kind of pairs make the best Madison partnerships?

The nature of the Madison means it’s vital to have a deep, symbiotic understanding of each other’s ability and body language, and immense mutual trust.

This is vitally important as the bunch reaches speeds of well over 50 km/h with team members throwing their partners into the fray at key times of the race in a bid to win the sprint points or lap their competitors.

The best partnerships combine one rider with great endurance, capable of pushing to gain a lap on the field, and the other a specialist sprinter with explosive speed. There are examples of pairing these two types successfully at the UCI World Championships, which have featured the Men’s Madison since 1995.

Aside from Cavendish, Spain’s Joan Llaneras is the only rider with three Madison World titles (1997 with Miquel Alzamora; 1999 and 2006 both paired with the specialist sprinter Isaac Gálvez).

The current men’s UCI World Champions for Madison, Michael Mørkøv – the sprinter – and Lasse Norman Hansen – a strong time trialist on the road – were part of  the highly successful Danish men’s squad in Berlin 2020, putting the race’s only lap on the field and finishing with an average of 58.754km/h. The pair won the Madison at the opening round of the 2019-2020 Tissot UCI Track Cycling World Cup in Minsk. Mørkøv also won the 2009 UCI World Championships with his long-time partner Alex Rasmussen, another strong time-trialist.

Other multiple champions include the Germans Roger Kluge and Theo Reinhardt, who won back-to-back golds in Apeldoorn, the Netherlands (2018) and Pruszków, Poland (2019). Thirty-four-year-old Kluge is a sprinter and lead-out man on the road, now with UCI WorldTeam Lotto-Soudal, while his younger partner is more endurance-orientated. Together they have also been successful in several six-day events, and won round three of the 2019-2020 UCI Track Cycling World Cup, in Hong Kong.

The pattern of sprinter paired with road time trialist continues with Australia’s double UCI World Champions Leigh Howard paired with Cameron Meyer (2010 Ballerup and 2011 Apeldoorn). Meyer also won Round 5 of the 2019-2020 UCI Track Cycling World Cup in Brisbane with 24-year-old Sam Welsford. It’s the pairing of Howard and Welsford which gave us the fastest average speed of a modern Madison race at 59.921kph, recorded at the 2019-2020 UCI Track Cycling World Cup’s second round in Glasgow.

While the women’s competition is much newer to the UCI World Championships, its results show the same principles applying to the most successful partnerships. The 2016 European Champions are a great example: Belgium’s time-trialist and road/track allrounder Lotte Kopecky handslinging the sprint powerhouse Jolien D’Hoore to take the first ever women’s Madison world title.

The most successful duo to date has been the reigning and back-to-back UCI World Champions from the Netherlands: the explosive power and track savvy of 37-year-old Kirsten Wild coupled with the time trial discipline and all-round endurance abilities of the younger Amy Pieters form the pair to beat. They earned their rainbow jersey at the Berlin 2020 Worlds with an average speed of 50.908km/h.

Pieters and Wild won the opening round of the 2019-2020 Tissot UCI World Cup (Minsk) but it was Australia who won three races in that series: all three for 25-year-old Georgia Baker (silver medalist at the 2019 UCI World Championships with Amy Cure); two paired with sprinter Annette Edmondson; and one with Alexandra Manly. Whatever team Australia put out next they’ll be worth watching!

But there is no shortage of competition. And at the next Olympic Games in Tokyo, both the Women’s and Men’s Madison will see the participation of teams from 16 nations.