What was the Hitlerjugend “Spyclists” Corps of World War II? 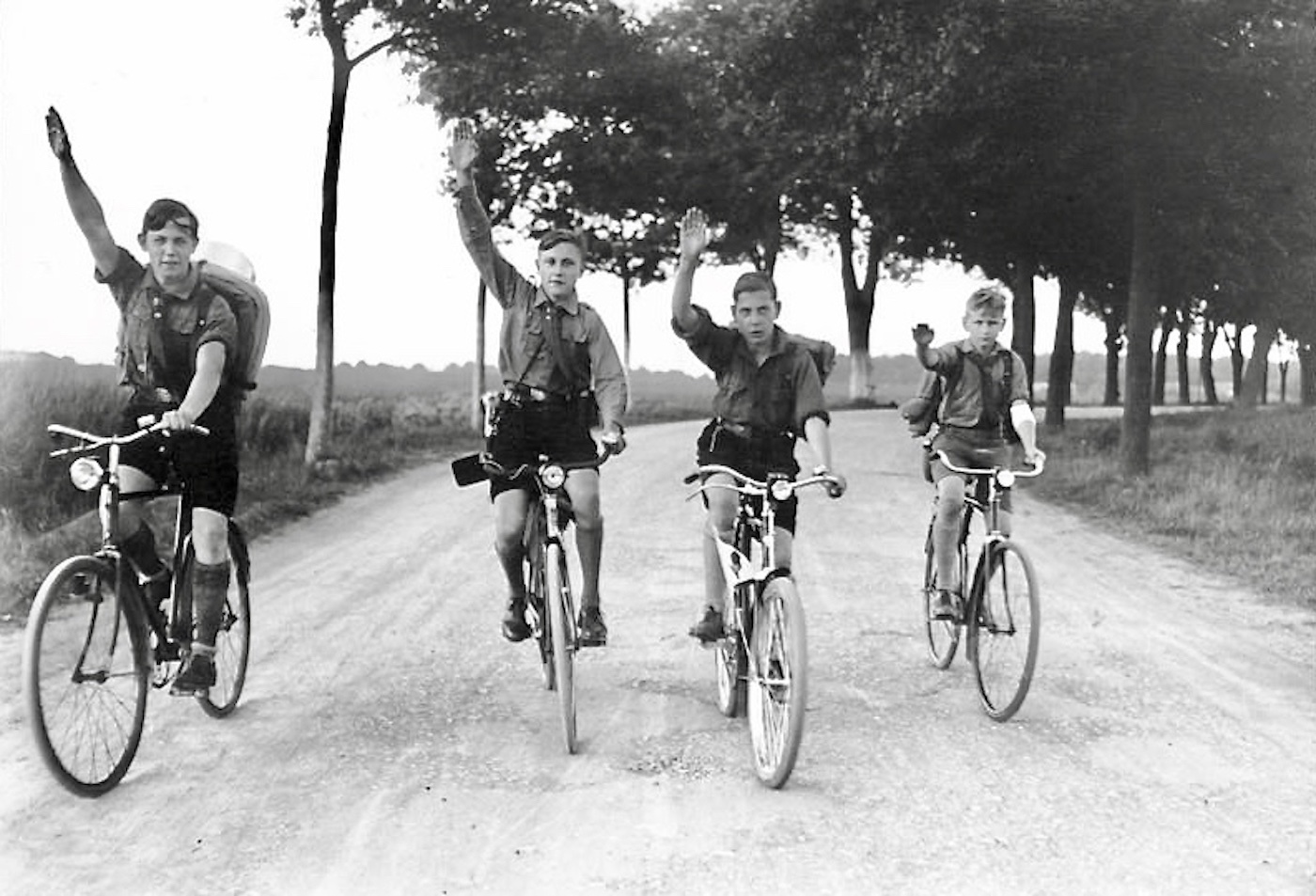 During the summer of 1937, Britain was so full of spies that posters were put up in public areas warning people that “Silence is safety, Now more than ever – forget what you hear” and “Be like Dad – keep Mum.”  Although most people were alert, no one expected a group of clean-cut teenage boys to be guilty of spying.

Recruited by the Hitler Youth program, they cycled around England, Wales and Scotland taking pictures, interviewing locals and memorizing landmarks, roads, and bridges. They noted the location of factories, church steeples, and high wires. The boys camped in fields at night or enjoyed the hospitality of locals. They were coached on good manners and how to appear as innocent tourists. One group was even honored with a dinner by the Spaulding Rotary Club.

Joachim Benemann, an older member of the Hitler Youth, had moved to England several years earlier to study at University, but he was also recruiting for a Hitler Youth program in Britain. He wanted to integrate members of the Hitler Youth with British Boy Scouts. The travelers had played host to the Tamworth Boy Scout troop in Hamburg, and the Scouts wanted to return the favor. The Scoutmaster had Nazi ties and instructed the boys in how to make the Hitler salute and march in goose step. They encouraged the German and British boys to make friends and push their Nazi views on them.

When the German boys visited Tamworth, it caused a stir and the local paper printed comments both for and against the visit. They attracted the attention of Britain’s M15, the office responsible for national security.

Colonel Sir Vernon Kell, the head of M15 at the time decided he wanted to keep an eye on the foreign cyclists and relied on the police forces of the individual towns where they stopped to provide information. Letters were sent informing M15 about the activities of the Hitler Youth including times and dates and where they were taking photographs. It was believed the boys were stockpiling weapons for the German invasion force to use when the Nazis invaded England.

In 1944 M15 produced a handbook for Boy Scouts informing them:

“The Hitler Youth is not a Boy Scout or Girl Guide organization. It is a compulsory Nazi formation, which has consciously sought to breed hate, treachery, and cruelty into the minds and souls of every German child. It is in the true sense of the word, ‘education for death.’ Under no circumstances should the Hitler Youth be taken lightly.”

The Nazi Youth organization had also visited Belgium, Yugoslavia, and the Netherlands before those countries fell to the Nazis. They had provided details of roads and bridges allowing the German army to plan their attacks.

The founder of the British boy scouts, Lord Baden-Powell, had become famous for his action during the Boer War. He had fascist leanings. He revered Mussolini, Italy’s dictator and had read Hitler’s, Mein Kampf.  He claimed his ideas were very much anti-communist. He was invited to Germany by the Chief of Staff of the Hitler Youth to meet with Hitler. Baden-Powell accepted to help foster good relations between Germany and Great Britain, but the British government disallowed the visit.

Hitler blacklisted the Scout movement calling it a ‘dangerous spy organization’ and put Baden-Powell on a list of people to be arrested when England was invaded.

*This article was reprinted with permission from War History Online