Who Needs a Prostate Exam, When there’s the Postale Concept Bike! 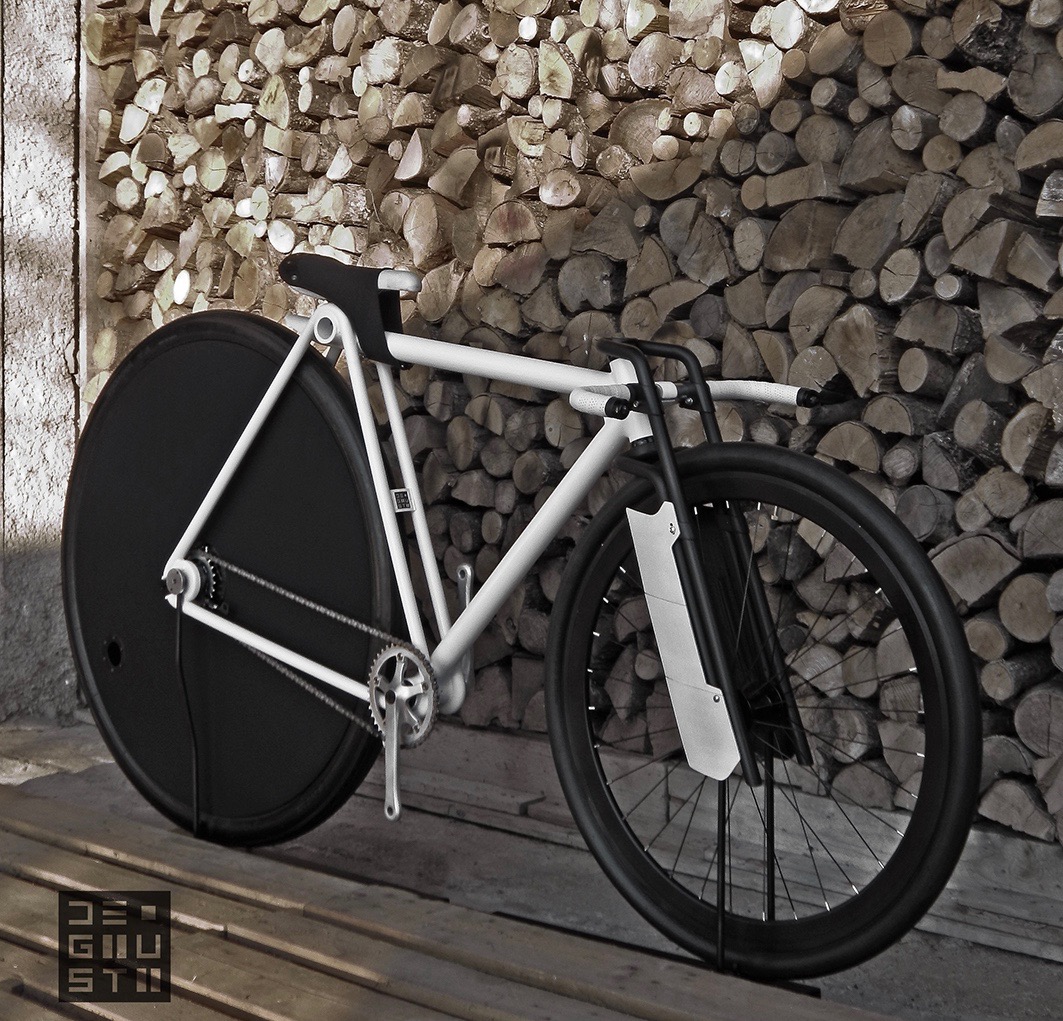 Concept bikes never fail to dazzle us, while also serving as contradiction of sorts, both in terms of their brilliant execution of industrial design, followed by bikes that in most case never see the light of day, or are virtually unrideable. The 36/28 Postale concept bike is no exception.

The vision of Italian designer, Paolo De Giusti, the Postale was created using 3D printing, and follows a design language that resembles someone speaking in tongues.

Indeed, the end result, yielded a bike, that in De Guisti’s words, “is a massive messenger, urban pursuit’ bike.” “It’s like no urban bike you’ve ever seen.”

One of the first things that catches the eye, is the Postale’s disproportionate wheelset, which features a huge 36in rear wheel combined with a 28in front. Needless to say, this configuration creates one of the most aggressive riding positions we’ve ever seen. In fact, the design is so extreme, it prohibits anyone less than 5’7 from riding it.

Yet, De Guisti defends his creation by saying, “the Postale brings to life the old spirit of the velodrome bikes used for the Hour Record, such as the beautiful bike used by [Francesco] Moser. But in the Postale, this spirit is adapted for a road bike which can be used as a transportation – and that can give new meaning to the riding experience.”

In our opinion, there was never enough yoga in the world, to enable ol’ Francesco to swing his leg over this machine!

The frame design itself, features a stab at the traditional double-diamond approach, albeit with a minimalist head tube and a radical seat post/ top tube juncture, wherein the seat attaches directly to the frame, along with a far-out integrated fork and stem that combines a short set of bullhorn handlebars – that are fitted to the head tube using twin clamps on both sides. And, then there are the equally far-flung aerofoils which are attached to the fork, presumably for the benefit of aerodynamics.

“The visual effect is strong,” says De Giusti. “The bike looks like an arrow moving forward.”

“While, it’s not the best for a utility bike, but the project gives more importance to other aspects”.”Someone who uses the bike every day, and is inclined to tolerate some discomfort, is rewarded with a special experience”.

“There are hundreds of different variations using only the classic eight-tube frame configuration, and the materials available today give you the freedom to created infinite options. At the end of the story you create something that gives you a smile when you ride.”

When asked if the Postale will ever reach production?, De Guisti said.

“There is no plan to mass produce, though of course this could be the natural development of the process,” De Giusti said. “To move to the next step it would be necessary to find a technical partner who could engineer the frame and build it – and I have some doubt about the ability of this kind of internally geared hub to withstand the torque necessary to move the rear wheel.”.

“The concept model frame is made from 3D-printed ABS (a type of thermoplastic polymer) and PVC, but is not robust enough for actual riding”. “The production models would either be made from alloy, or a combination of 3D-printed alloy junctions and carbon tubing.”

While Postale represents yet another brilliant exercise in industrial bicycle design, like others, it raises the question as to its practical application.

In any case, should the Postale ever come into production, we suggest anyone over the age of 24, to consult a proctologist before riding one.