Why do I Feel Dizzy after Races or Hard Workouts? 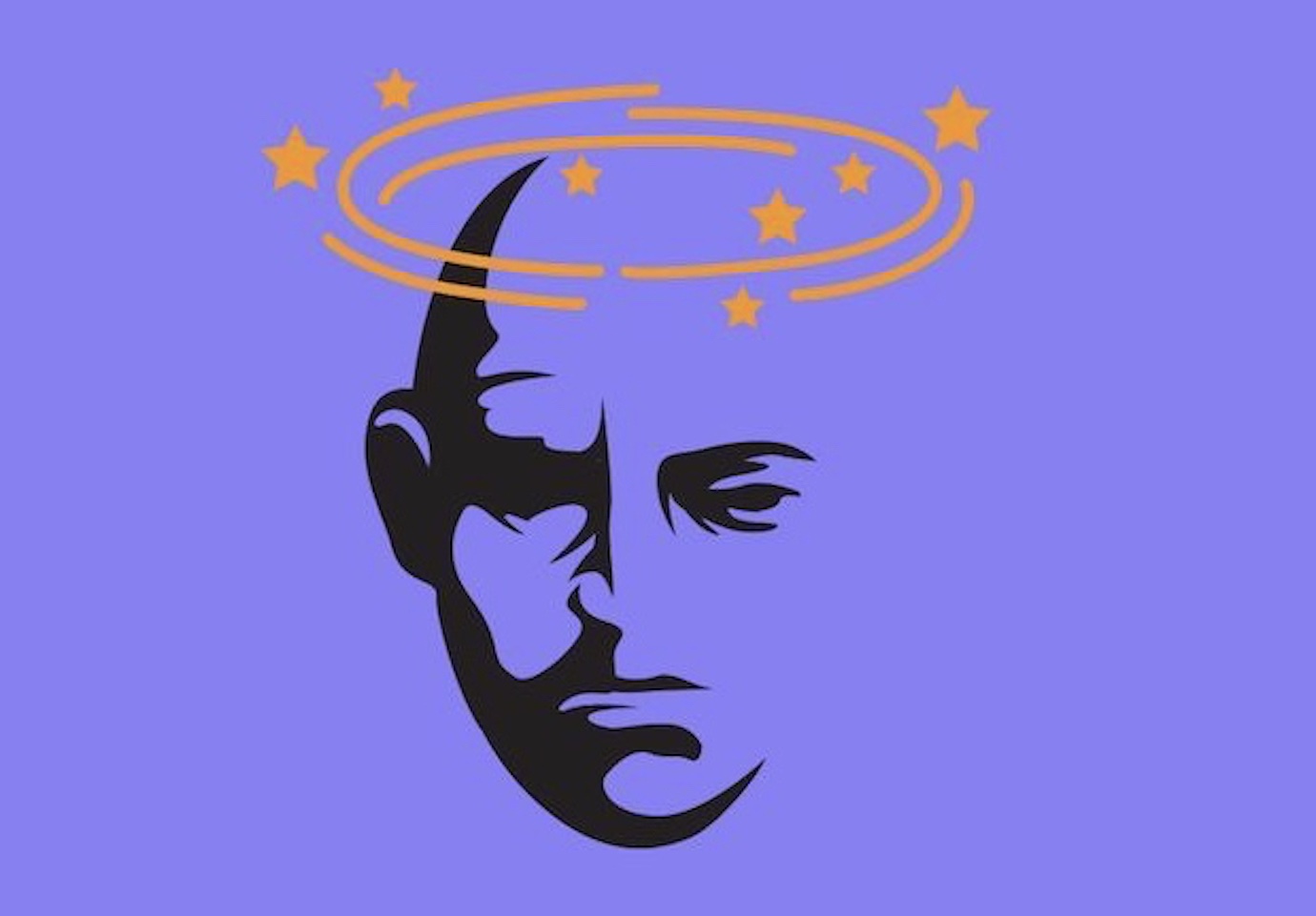 If you’ve ever spent time near the finishing chute of an endurance event, it’s quite possible you’ll have seen athletes who were moving normally a few steps before the line suddenly start to get unsteady on their feet or even collapse to the floor.

This abrupt change in fortunes can happen to anyone, no matter their fitness level.

The relative frequency with which it occurs partly explains why there’s an army of medics and volunteers hovering in the finish area of mass participation events. They face the unenviable task of trying to identify and catch the athletes who start to look ‘a bit dodgy’ before they cause themselves a nasty injury by hitting the ground in an unconscious state.

But why is dizziness or light-headedness such a relatively common phenomenon? And why does it seem more likely to occur at the finish line, rather than out on the course?

Years ago, conventional wisdom was that dehydration was the primary cause of collapse (or almost any other issue) at the end of long endurance races. Although fluid and electrolyte loss might well be a contributing factor to what’s going on, it has been surmised that something called ‘Exercise Associated Postural Hypotension’ (EAPH) is far more likely to be to blame in the vast majority of cases.

To better understand what EAPH is and why it happens it’s useful to appreciate some of the basics around how blood flow and blood pressure are regulated during exercise:

When you exercise, blood pressure tends to rise as your heart rate increases and blood is pumped more forcefully around the body to assist with cooling and to supply working muscles with more oxygen.

Arteries and veins (leading to and from the skin and working muscles in particular) open up (dilate), whereas those feeding less acutely critical areas (e.g. the gut) constrict as a means to redirect blood to where it’s needed and to help regulate the overall pressure in the vascular system.

Because your heart is located relatively high up in the body, it has to battle gravity when pumping large volumes of blood back up from the legs to the chest and to keep the brain supplied with as much oxygen and nutrient-rich blood as it needs when you’re working hard.

To meet this challenge, the body relies on a secondary ‘pumping effect’ – which comes from the contraction of the leg muscles – to assist in returning blood to the heart. This effect occurs because the contraction of the muscles physically squeezes the larger blood vessels of the lower limbs, so it acts a bit like the additional pump you fit to your plumbing system if you decide to put a new shower on the upper floor of your house.

Upon reaching the finish line of an event many athletes go from running reasonably hard to suddenly stopping in the finishing chute. With the blood vessels in the lower extremities wide open at this point, ceasing to run effectively ‘turns off’ the external pump of muscular contraction in the legs immediately and the result is that blood flow to the heart and head is temporarily compromised.

The body can try to react to cope with this by constricting blood vessels again to raise the pressure, but sometimes this doesn’t happen quickly enough and the result is a lack of oxygenated blood flowing to the brain for a short time.

Dizziness and even fainting is the knock-on effect and explains the staggering you so often see from athletes at the finish line as their brain suddenly gets less oxygen than it needs to function properly.

Dehydration does of course contribute to this issue significantly in some cases as it results in lower blood volume, making it harder for the body to maintain blood pressure overall. It’s much more accurate to say that the main problem is blood pooling in the lower limbs all of a sudden due to vasodilation, rather than simply being low on fluids per se.

For this reason, medics at the finish line of sporting events are becoming increasingly aware of the value of helping dizzy or collapsing athletes to lie down with their legs elevated. This can assist venous return to the heart. In the vast majority of cases this action corrects the condition very quickly and is often all that’s initially required to get an athlete back on their feet (without the need for more invasive and expensive treatments like IV drips or a trip to the ER!).

Of course, things like low blood sugar and more serious conditions, like hyponatremia and heat stroke, can be involved to lesser or greater extents when athletes feel faint or keel over at the finish line of races, so should not be ruled out (as is explained in this comprehensive article on the subject).

EAPH is thought to be the No. 1 culprit when it comes to ‘benign’ finish line incidents involving athletes feeling unwell.

But what about episodes of dizziness or light-headedness which don’t occur directly after an athlete crosses the finish line of a race?

When I was training very hard as a triathlete myself I would often exceed 20 hours of training per week, much of it at a relatively high intensity.

Whilst this presented few problems in the winter when managing my hydration levels was quite simple, I noticed that in the summer time I would suffer frequent episodes of dizziness (or ‘headrushes’) when standing up suddenly from a seated or lying position.

This was particularly common during periods of heavy training in hot weather when I might routinely do two training sessions per day, which were often interspersed with periods of lying on the sofa and watching MTV Cribs (oh yes, those were the days!).

I distinctly remember doing a very hard 40 x 400m running interval session in the heat of the summer one Friday morning during the early 2000s and this came at the end of a hard week as part of my build-up to IRONMAN UK.

Upon standing up from the couch I literally saw stars before it all went black and I face-planted onto my living room rug. I recall ‘coming to’ seconds later, lying on the floor, luckily having missed knocking my head on anything hard, and deciding it might be a sign that I needed to take the rest of that day off.

At the time, I was not really aware of any possible link between salt loss, dehydration and these ‘dizzy spells’ so just shrugged them off as something to do with training in the heat and assumed they would come and go.

Years later I started to put 2 + 2 together as I began to understand the implications of my own very high sweat sodium losses, sweat rates and training volume. I now believe that this combination was likely to be a big factor in why it happened to me so much.

I think that I was probably subject to some pretty large dips in blood volume after doing lots of back-to-back training sessions where I was losing a lot of salt and fluid, but not replacing all of it adequately. This made episodes of postural hypotension far more likely than if I’d been more diligent in replacement of fluids and sodium during times when my fluid turnover was so high.

While I rarely train as hard as I used to, I do now use PH1500 before, during or after bigger sessions when I know I’m going to sweat a lot to help counter some of the expected fluid and sodium loss. I’ve definitely seen a massive reduction in post-exercise dizziness even when I push myself pretty hard in hot conditions because PH1500 contains a lot more sodium than a normal sports drink, so it has the effect of maintaining blood volume far more effectively, and it seems to do the trick, in my case at least.

Even more recently I’ve come across a number of people with a syndrome called ‘POTS’ – standing for Postural Tachycardia Syndrome – whose symptoms seem to have some similarities with those I had when training hard and sweating a lot, but for seemingly different reasons.

Individuals with POTS also tend to suffer with frequent periods of dizziness caused by low blood pressure (but not necessarily linked to periods of sweating) and, like athletes with high salt and fluid losses, they seem to benefit from taking in relatively large amounts of high strength sodium drinks to help keep their blood volume and blood pressure up.

So, if you’re someone who feels like you may suffer from EAPH-type symptoms (i.e. dizziness or headrushes either immediately after stopping hard training sessions, races or during periods of heavy training load when going from lying to standing), it may be worth looking at your pre-, during and post-exercise sodium and fluid consumption in order to make sure low blood volume is not something that’s making the problem worse.