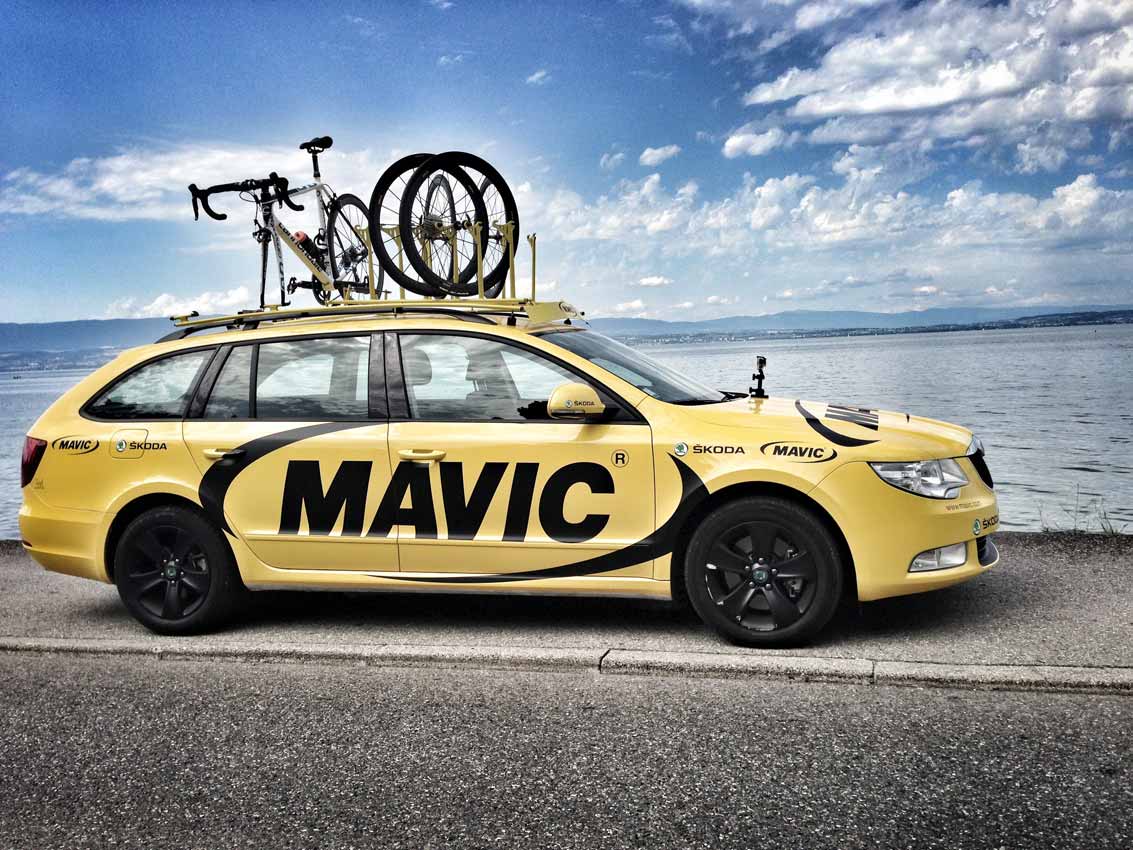 Experience the most storied cycling event from inside the race

If you can’t make your friends “green with envy”, then try doing it with yellow. That’s yellow as in a Mavic team car.

The iconic French wheel brand, is launching its annual contest, which allows fans a chance to experience what it’s like to follow a stage of the Tour de France from the best seat in the house – one of Mavic’s  neutral service cars.

Here are the details…

Imagine being in the Tour de France, following the race in the caravan as the worlds best cyclists climb the famous Col d’Aspin, Col du Tourmalet and finally ending at Cauterets. Mavic would like to make that dream come true and bring you to follow stage 11 in the front seat of the the legendary Mavic ‘yellow car’.

Enter to win a the best seat in the house, riding in a yellow Mavic support car. The winner will receive travel, a night in the ’Special Service Course’ hotel and dinner with the Mavic neutral support team the night before Stage 11.

Registrations will be open from Monday, April 20th, 2015 until Monday, June 1st, 2015 (all times GMT +1). The opportunity is restricted to people living in an European country, the United States and in Canada (offer subject to conditions, read the contest rules).