World Anti-Doping Agency Responds to Questions on Therapeutic Use Exemptions 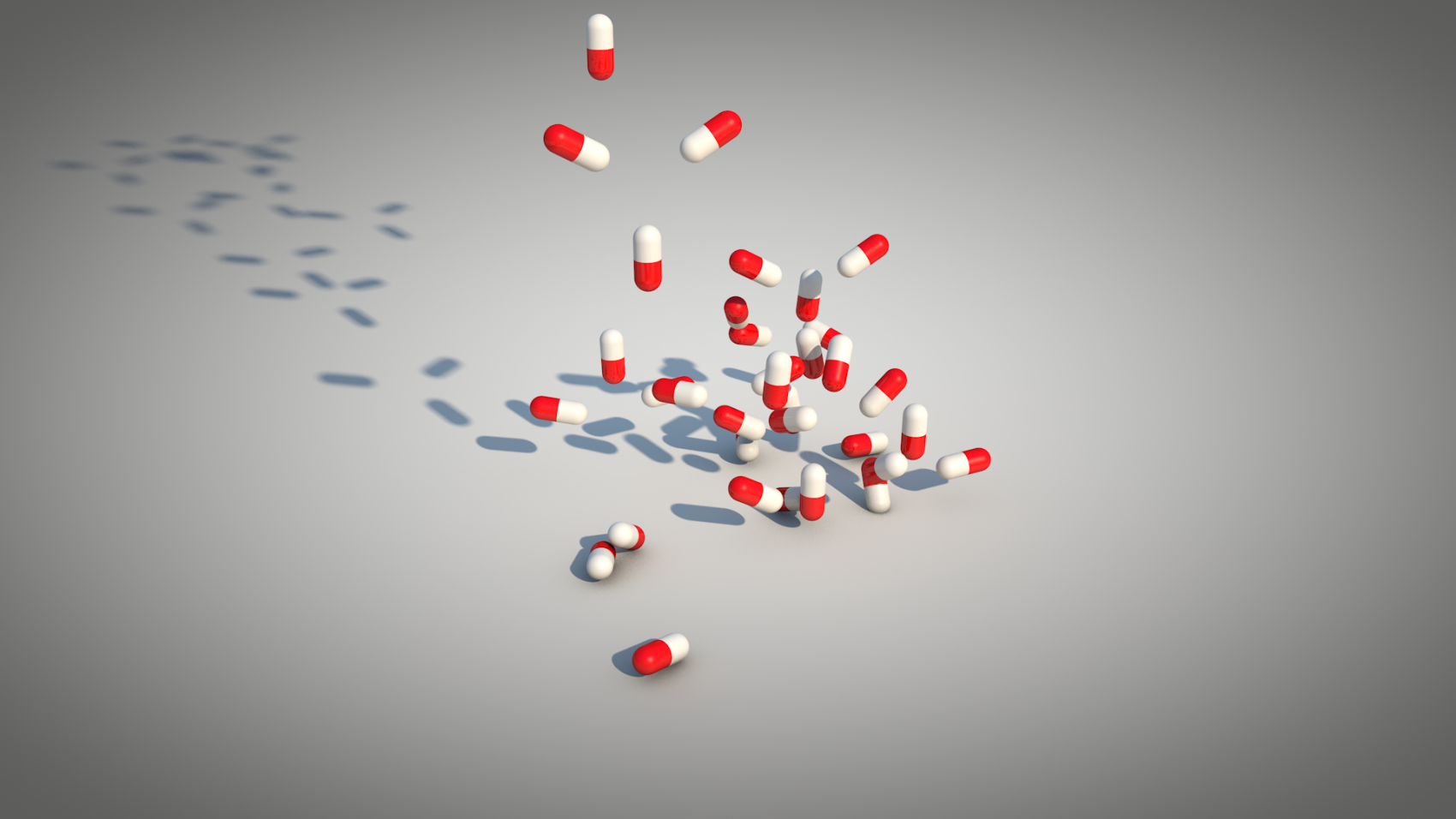 As you know the cyber espionage group “Fancy Bear” has been releasing batches of confidential athlete data on their website, which they illegally obtained from a Rio 2016 Olympic Games account of the World Anti-Doping Agency (WADA)’s Anti-Doping Administration and Management System (ADAMS). Specifically, they are releasing data related to Therapeutic Use Exemptions (TUEs) delivered by Anti-Doping Organizations (ADOs) – International Federations (IFs), National Anti-Doping Organizations (NADOs), and Major Event Organizers (MEOs).

This situation has led to a lot of media coverage; and, unfortunately, a tremendous amount of misinformation as it relates to TUEs. It is very unfortunate that athletes’ TUEs are being debated publically on the basis of partial, confidential, medical information. Athletes should not be required to publicly justify their TUEs.

This FAQ has been designed to address the misinformation and uphold the rights of clean athletes as embodied within the World Anti-Doping Code (Code) and the International Standard for Therapeutic Use Exemptions (ISTUE).

The TUE program is a rigorous and necessary part of elite sport; which has overwhelming acceptance from athletes, physicians and all anti-doping stakeholders worldwide.

1. WHAT IS A TUE AND WHY ARE THEY GRANTED?

Athletes, like all people, may have illnesses or conditions that require them to take a particular medication/substance or undergo certain procedures/methods.

For athletes, the substance or method may appear on WADA’s List of Prohibited Substances and Methods (List). In such instances, they may be granted a TUE, which gives them permission to take a substance or use a method.

TUEs are only granted by Anti-Doping Organizations (ADOs) — IFs, NADOs and Major Event Organizers (MEOs) — following a robust review process that is defined in the ISTUE; and, evaluation by three physicians specialized in sports medicine and/or other relevant specialties.

Granted TUEs are subject to further evaluation by the relevant ADOs and WADA.

2. HOW LONG HAVE TUES EXISTED?

TUEs (originally called Medical Exemptions) have been around since the early 1990s. The International Olympic Committee’s (IOC’s) medical commission acknowledged that some athletes have medical conditions that require the use of medications/substances and/or treatments/methods that are on the Prohibited List.

3. WHICH ATHLETES CAN APPLY FOR A TUE?

4. WHAT ARE THE CRITERIA FOR GRANTING A TUE?

The criteria for granting a TUE are as follows:

For the TUE to be granted, all four criteria must be met.

All ADOs must have a clear process in place; whereby, athletes with documented medical conditions can request a TUE and have such request appropriately dealt with by a panel of independent physicians called a Therapeutic Use Exemption Committee (TUEC).

ADOs must publish details of that process by posting the information in a conspicuous place on their website. ADOs, through their TUECs, are then responsible for granting or declining such applications.

6. WHAT IS THE ROLE OF WADA IN THE REVIEW OF TUES?

WADA’s role in the TUE process is two-fold. First, the Agency, through its TUEC, has the right to monitor and review any TUE granted by an ADO; and, following such review, to reverse any decision.

Second, an athlete who submits a TUE application to an ADO and is denied, can ask WADA to review the decision. In certain cases, WADA must review TUE decisions of ADOs and it may review other TUE decisions. If WADA determines that denial of the TUE did not comply with the ISTUE, the Agency can reverse the decision.

WADA itself does not accept TUE applications from athletes.

7. WHAT HAPPENS WHEN AN ATHLETE IS GRANTED A TUE?

Once a TUE has been granted by an ADO, it will inform WADA, which then has the opportunity to review the decision. If the decision does not conform to the ISTUE, WADA may reverse it and deny the TUE.

8. ARE TUES NECESSARY? SHOULD PEOPLE NEEDING PROHIBITED SUBSTANCES OR METHODS BE PRECLUDED FROM SPORT?

Yes, TUEs have been overwhelming deemed necessary by athletes, physicians and all anti- doping stakeholders.

The notion of precluding athletes that suffer from illnesses and conditions such as diabetes, asthma, inflammatory bowel disease, rheumatological conditions, etc. from sport cannot be given serious consideration. It would undermine a fundamental value of sport that is the right of access and participation to sport and play, which has long been recognized by numerous international conventions.

9. COULD TUES BE USED BY ATHLETES, ENTOURAGE, ETC. TO CHEAT?

The granting of a TUE follows a rigorous review process as defined in the Code and the (ISTUE). This process includes the evaluation of all TUEs by three physicians specialized in sports medicine and/or other relevant specialities.

A TUE provides a limited exemption to use a particular prohibited substance or method at a prescribed dosage, frequency, route of administration and duration. The TUECs, which evaluate the applications, are comprised of medical experts with experience in sport medicine and/or other relevant specialties.

TUEs granted by NADOs must be recognized (accepted) by IFs for international athletes. WADA has the right to monitor, review and overturn any granted TUE application.

10. IS A TUE UNFAIR TO ATHLETES WITHOUT MEDICAL CONDITIONS WHO CAN’T USE PROHIBITED SUBSTANCES OR METHODS?

As stated in the (ISTUE), an athlete can only be granted a TUE if he/she proves:

11. WHY IS INFORMATION ON ATHLETES’ USE OF TUES NOT PUBLICLY DISCLOSED?

It is a fundamental human right that personal medical information be kept confidential. Nobody would want such information disclosed, let alone for it to be debated publically.

It is very unfortunate that, with the cyber-hacking situation, athletes’ TUEs are being debated

publically on the basis of partial, confidential, medical information and misinformation as it relates to the TUE program.

The TUE program is a rigorous and necessary part of elite sport; which has overwhelming acceptance from athletes, physicians and all anti-doping stakeholders.

12. GIVEN THE CURRENT CYBER HACKING ACTIVITY, WOULD AN ATHLETE BE FOUND IN BREACH OF ANTI-DOPING RULES IF THEY DID NOT ENTER THEIR TUES IN ADAMS?

Athletes are encouraged to continue entering their data in ADAMS.

WADA believes that the cyber espionage group operator by the name of Fancy Bear illegally gained access to ADAMS via an account created for the Rio 2016 Games. This was made possible by spear phishing of email accounts through which hackers obtained ADAMS passwords. We have no reason to believe that they have accessed the broader ADAMS system.

13. IS THE BROADER ADAMS SECURE?

The cyber-attack was made possible by spear phishing of email accounts through which hackers gained access to ADAMS via an account created for the Rio 2016 Games.

WADA has no reason to believe that they have accessed the broader ADAMS system.

This increase is a result of an increase of TUEs being entered into ADAMS and not an increase in TUE applications. This is partly a function of WADA’s Foundation Board decision of May 2016 to reinforce the mandatory requirement for ADOs to enter all TUEs in ADAMS, combined with the increased use of ADAMS due to the Rio 2016 Olympics and Paralympics.

15. IS IT TRUE THAT MANY ATHLETES ARE BEING GRANTED TUES FOR ANALGESICS, BETA-2 AGONISTS (ASTHMA MEDICATION) AND THYROID HORMONES?

A TUE can only be granted for a substance or method that is prohibited. Thyroid hormones, most analgesics and many inhaled beta-2 agonists (when taken in therapeutic doses) are not prohibited.