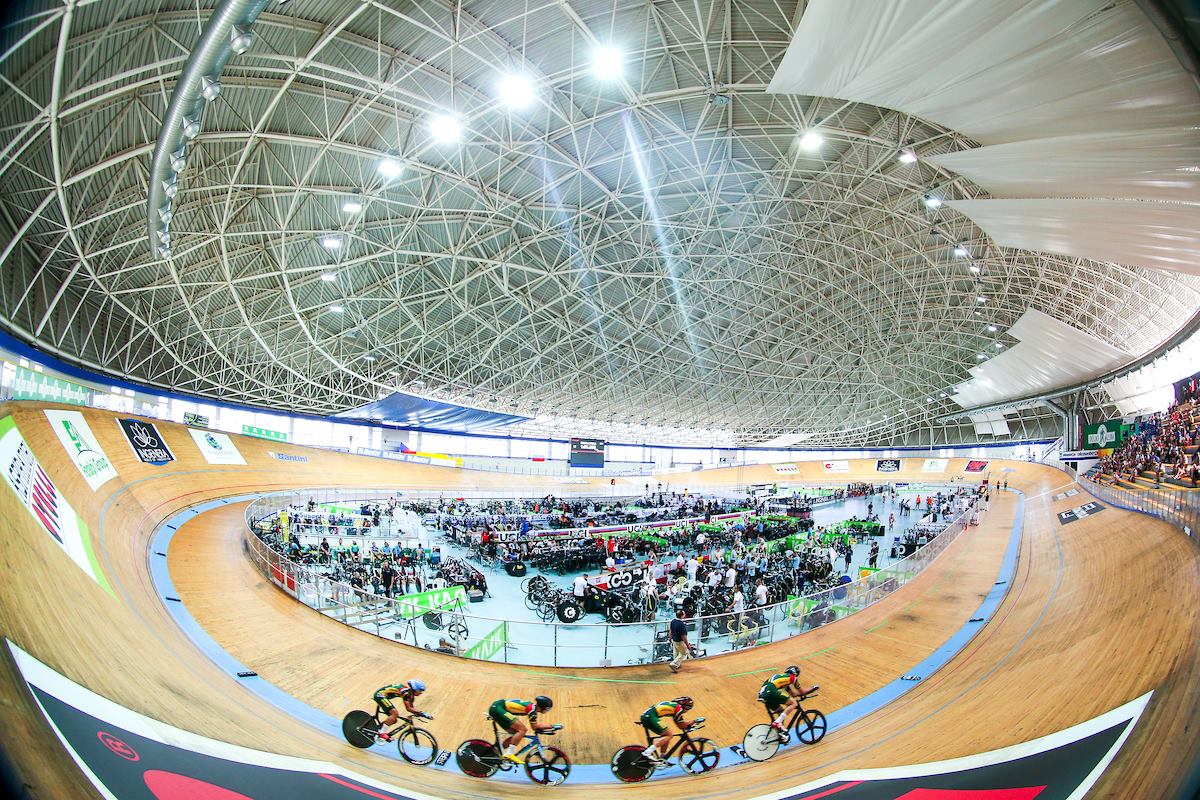 In the team sprint competitions, Russia won both the women’s and men’s titles, with the men setting a new world record. The Russian women’s team of Yana Tyshenko and Polina Vashenko set a time of 34.438 seconds to beat the German team of Emma Götz and Lea Sophie Friedrich by eight-thousandths of a second. Great Britain took the bronze medal.

In the men’s competition, Russia was the fastest in all rounds. The team of Daniil Komkov, Dmitry Nesterov and Pavel Rostov broke the world record in qualifying with a time of 44.587 seconds, then broken it again in the gold medal race with a new time of 44.355 seconds. Germany took the silver medal and Poland the bronze.

In the women’s Scratch race, Italy’s Martina Fidanza gave the host nation its first gold medal of the Championships, beating Mylene de Zoete of the Netherlands and Alexandra Martin-Wallace of Australia.

Preliminary rounds were also held for the men’s and women’s team pursuit. In the men’s event, the Russian team of Lev Gonov, Gleb Syritsa, Ivan Smirnov and Dmitry Mukhomediarov broke the world record by over four-tenths of a second, with a time of 4:00.972. Russia will face Denmark in the gold medal final, with New Zealand and France racing for bronze.

In the women’s team pursuit, the Italian squad of Martina Fidanza, Letizia Paternoster, Chiara Consonni and Vittoria Guazzini smashed the world record by an impressive six seconds in qualifying, with a time of 4:23.229. New Zealand also went close to the former world record to qualify second fastest, in front of Canada.