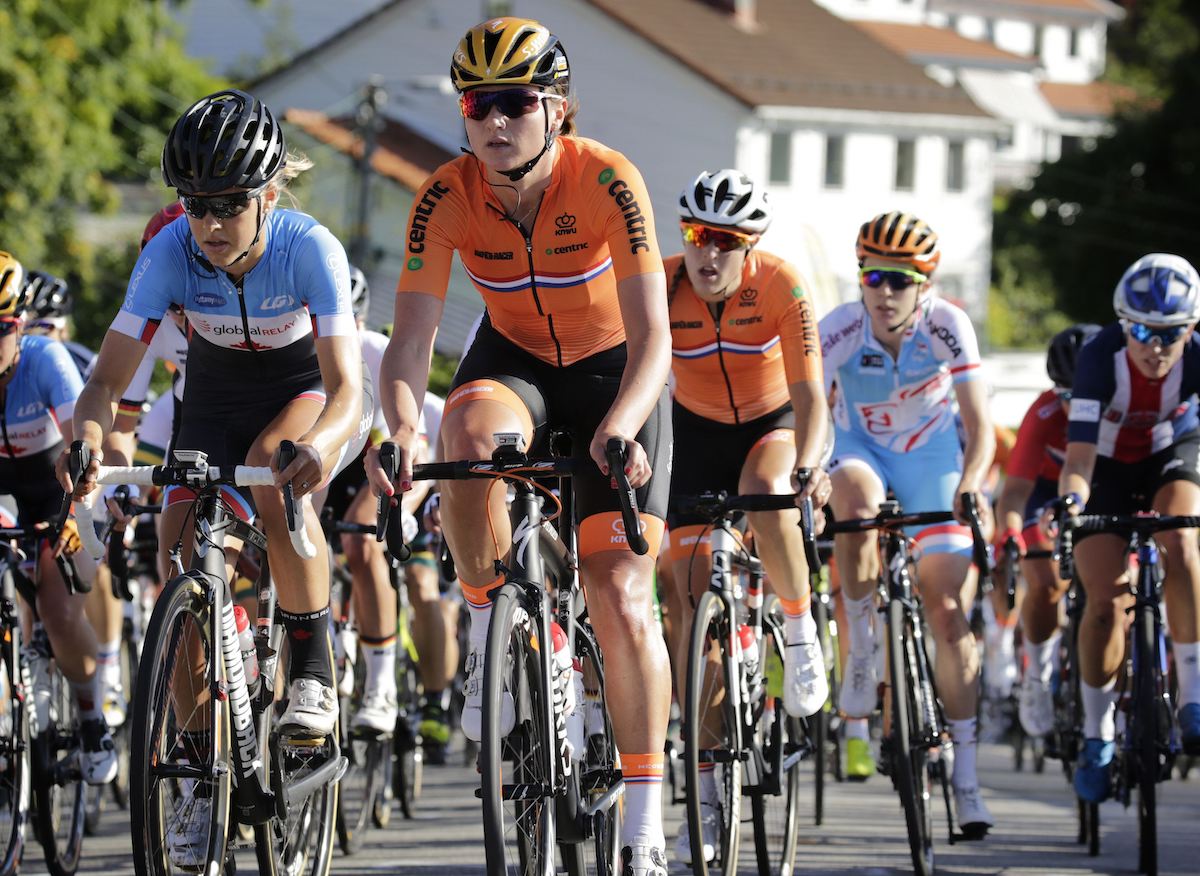 Blaak escaped a seven-rider group that included two of her Dutch teammates on the final lap of a grueling women’s race to win the world road cycling championship Saturday, giving the Netherlands a sweep of the elite events with only men’s road race still on tap.

Blaak, who had crashed earlier in the race, sprinted free of the group entering a tunnel with about 10 kilometers to go. Ameliek van Vleutten and Anna van der Breggen then served as anchors to hold back a remaining group of six powerful riders to give Blaak a chance to earn the biggest win of her career.

“I can’t believe it, really,” said Blaak, whose only win this season came in the Dutch road race championships. “Everything happens in a race, then I crashed. I was in a lot of pain in that moment. I thought my race was over. I thought maybe I could come back and see what I could do.

“It wasn’t really the plan that I would win the race. I just wanted to do the best I could.”

The six chasers were caught near the finish, and Australia’s Katrin Garfoot — who had been part of the decisive breakaway — still won the mass sprint for second place. Defending champion Amalie Dideriksen of Denmark was right beside her to take the bronze medal.

Blaak’s crash earlier in the race also wiped out American rider Megan Guarnier, who was taken to the hospital. USA Cycling said that Guarnier was undergoing a CT scan but “should be fine.”

The Dutch team began animating today’s race during the last of eight laps through the Norwegian town of Bergen, and Blaak got loose on an initial breakaway with Hannah Barnes and Audrey Cordon Ragot.

That group was swept up into a larger, seven-rider break on the final climb of Salmon Hill, and the attacks soon began. Kasia Niewiadoma of Poland made the first big move, but van Vleuten and Dideriksen were quick to mark her. But then it was Blaak who raced ahead of the rest of the breakaway, and she put her own time-trialing ability to the test in building a massive gap on the chasers.

She had enough time at the finish line to look over her shoulder and, seeing nobody behind her, zip up her bright orange national team jersey and throw her arms in the air in celebration.

“We didn’t really talk to each other but we knew what to do. We were seven, and three of us, so we knew we should attack,” Blaak said of the decisive break. “I just followed my heart and stayed away.”