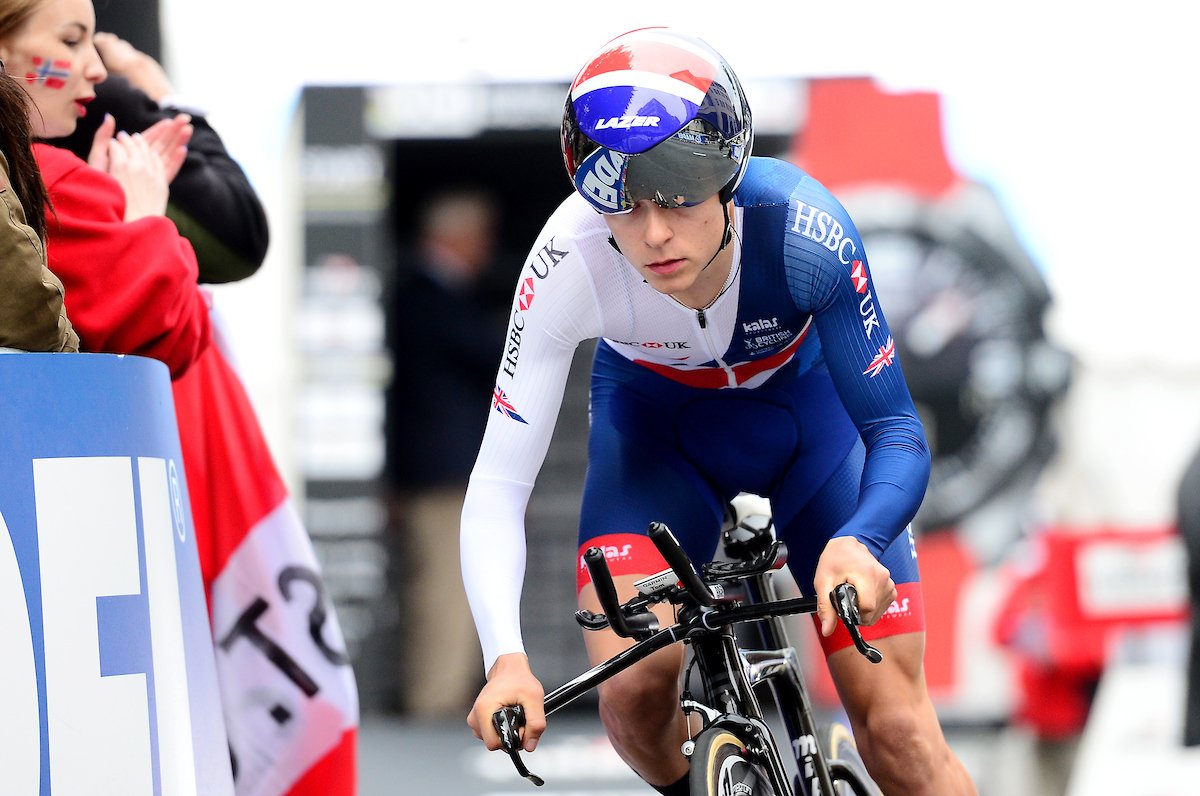 The 18-year-old put 35 seconds into virtual leader Sebastian Berwick with a time of 28:02.15 but had to wait on the result of home favorite Andreas Leknessund.

Pidcock covered the 21.1 kilometer course in a tad under 12 seconds faster than that of second placed Antonio Puppio of Italy, while Filip Maciejuk of Poland completed the podium in third place.

“I knew a podium was a possibility, but I didn’t really think I’d take the lead and then hold it all the way to the finish like that,” Pidcock said afterwards.

“I haven’t recovered yet, I was struggling to sit on that chair. When I recover, I think it will sink in a bit more,” he added.

Pidcock started out as the 60th rider out of 78, quickly establishing a three-second advantage at the first intermediate checkpoint after just 3.6 kilometers of racing against the clock.

From there, his advantage grew by the top of the Birkelundsbakken, the pivotal 1.4 kilometer climb that topped out at the 9.6 kilometer mark, and while extending his lead along the rolling descent into Bergen.

Pidcock later crossed the line more than half a minute up on the fastest rider to take his place at the top of the leader board that would endure throughout the day.