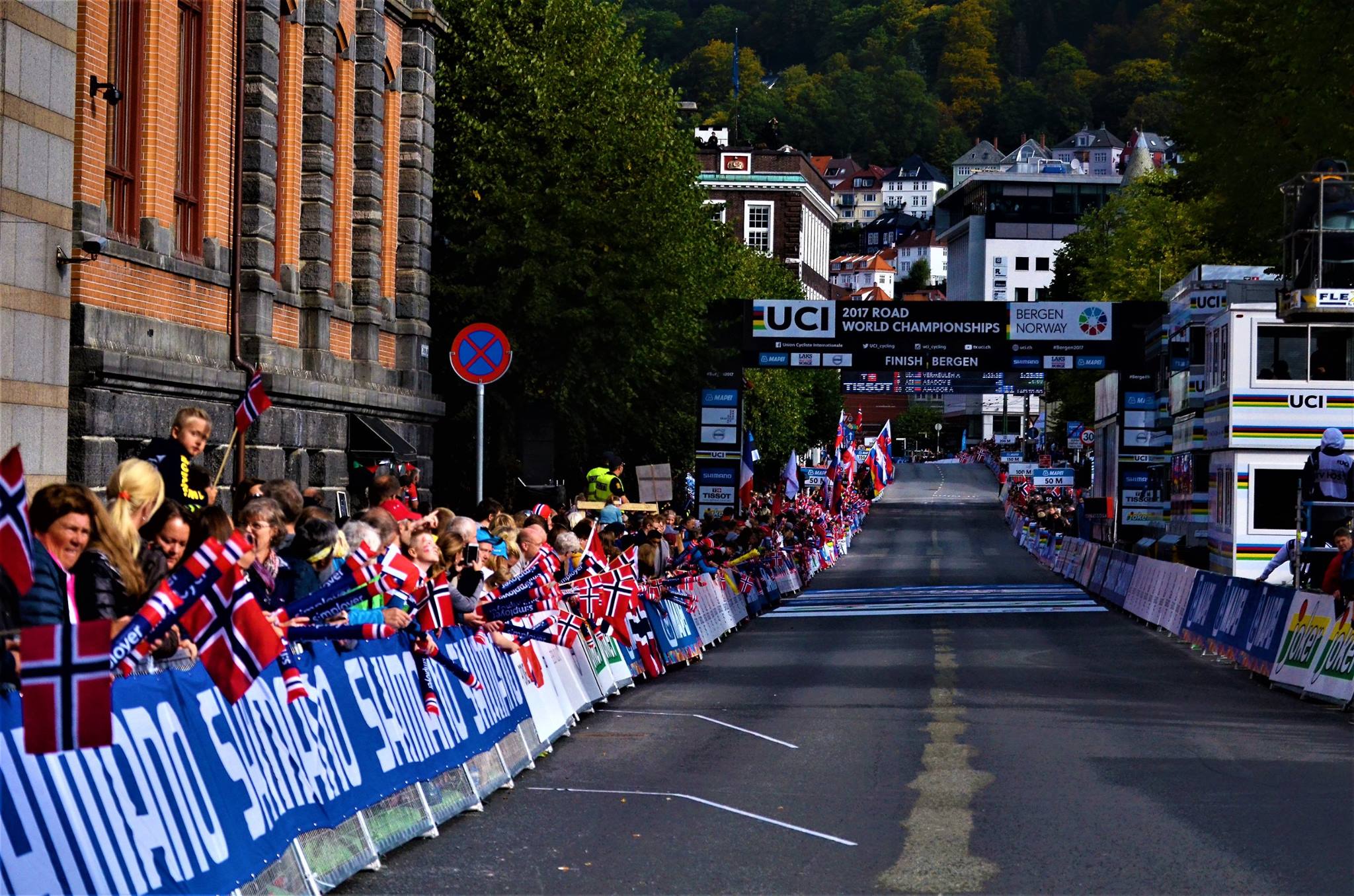 The Slovakian rider was invisible for the majority of today’s 276.5 kilometer race until a thrilling sprint finish, when he held off Norwegian favorite Alexander Kristoff by a mere half a wheel to claim the race honors.

With 11.5 kilometers to go, France’s Julien Alaphilippe had produced a massive effort on the final ascent of Salmon Hill and teamed up with Gianni Moscon (Italy) on the way to the finish.

Alaphilippe went solo inside the final five kilometers, but a group of 26 eventually came together for a sprint, including plenty of pre-race favorites like Greg Van Avermaet(Belgium), Michal Kwiatkowski (Poland) and Fernando Gaviria (Colombia).

Yet, despite coming into today’s race suffering from illness, Sagan was still able to produce a flawless sprint to come off Kristoff’s wheel and win a dramatic photo finish.

The day’s early break was caught with 82 kilometers still left to go, while the intensity of the peloton continued to increase.

Belgium’s Tim Wellens made a strong attack with 68 kilometers to go, dragging several rivals with him including Lars Boom (Netherlands) and David de la Cruz (Spain).

From there, the escapees built up a lead of around 45 seconds, while Poland and France worked hard to bring it back.

With two laps left, the breakaway group was still clinging to a lead of around 35 seconds.

Wellens continued to bury himself at the front while Dutch team leader Dumoulin attacked twice from the front of the chasing pack.

However, with 25 kilometers still remaining, the race came back together again, ultimately leading to a hotly contested sprint finale that saw Sagan emerge victorious.