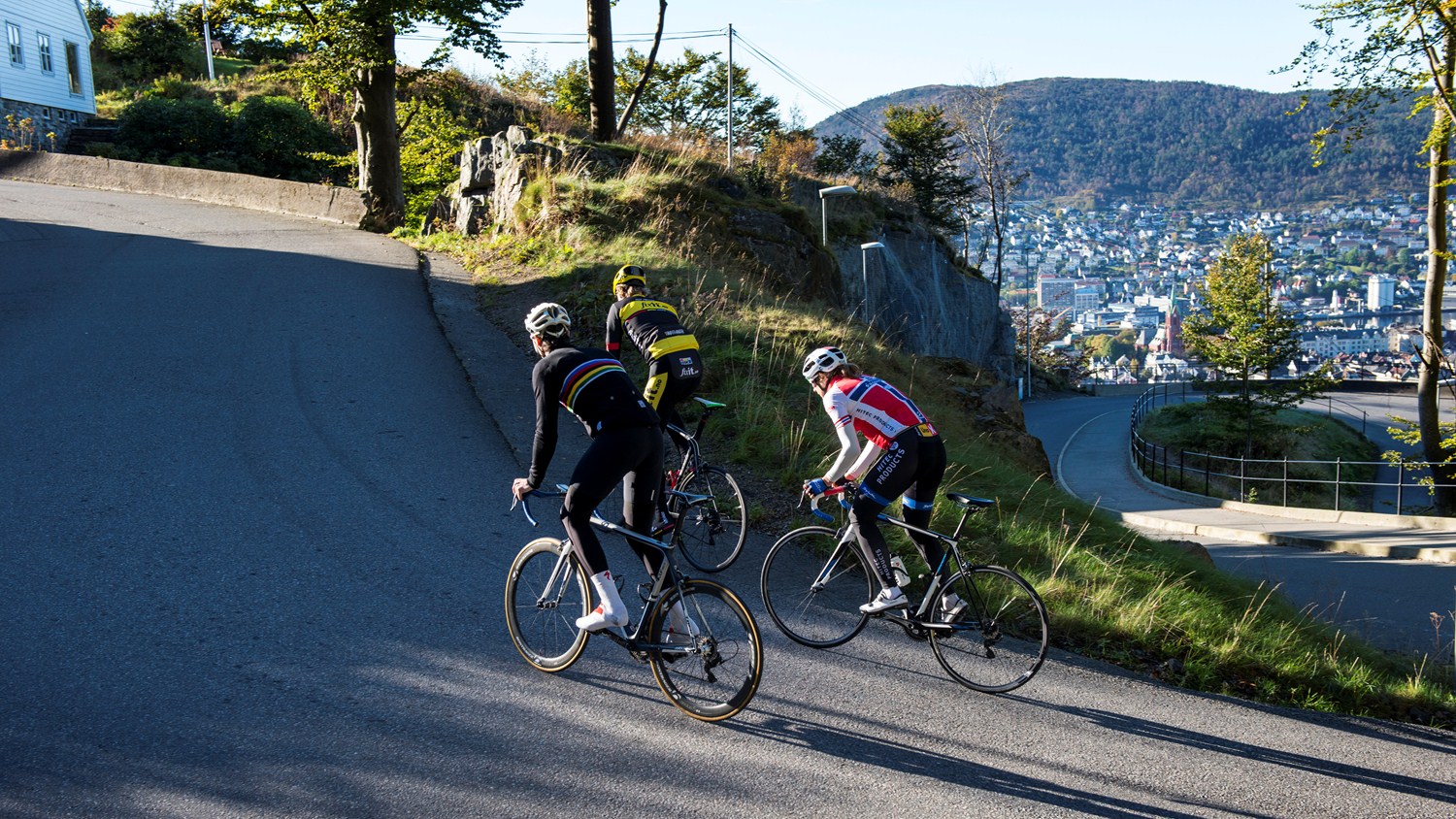 For the first time, this year’s UCI Road World Championships will feature a 3.4 kilometer climb as part of the Men’s Elite individual time trial in Bergen, Norway.

With an average gradient of 9.1%, the final kilometers up the city’s Mount Fløyen will provide an exciting and spectacular finale to the 31 kilometer time trial course. The initial 27.5 kilometers will be ridden along rolling, more traditional time trial terrain.

It is envisaged that most riders will elect to change from a time trial bike to a road bike before tackling the climb. The change will be made in a designated zone at the foot of Mount Fløyen, situated after a tight bend and on a slight incline where the riders will not have too much speed.

Although uphill time trial finishes are not new in professional racing, it is a first for the UCI Road World Championships.

UCI Head of Road Matthew Knight explained: “We are open to exploring different types of courses with our host cities, which all have unique elements that give the city their identity. To make the most of Bergen’s famous and touristic feature, we’ve worked with the organising committee to create a challenging course and showcase for the city. We are talking about a city where running and cycling up Mount Fløyen after work is part of daily life.”

The course has the thumbs up from former Italian professional Marco Pinotti, six-time Italian Champion in the discipline. Pinotti, who now works as adviser and coach with UCI WorldTeam BMC Racing Team, has been to Bergen to inspect the course.

“I’d looked it up on the map beforehand but it is even more spectacular than I expected,” said Pinotti. “It is a climb that just rises up in the middle of the town.”

The Italian specialist likened it to the time trial he raced at the 2013 Tour of California, which finished with a 2.7 kilometer ascent. Pinotti feels that his decision to change his bike after the initial, predominantly flat 29 kilometer played in his favor and helped him achieve fifth place.

“When you change from a time trial bike to a road bike, you have a different position and are using slightly different muscles,” he explains. “Immediately after the change, I felt I had a new lease of life.”

He predicts that most riders will opt for a bike change in Bergen and would probably practice the procedure.

“Most riders only change bikes during a race once every two years of so. And that is always in an emergency situation, when the bike has to be taken off the roof of the car. In Bergen, their bikes will be ready, but they will be changing from a TT bike to a road bike, which takes some getting used to.”

According to Pinotti, the Bergen course suits time trial specialists, including the defending UCI World Champion: “Tony Martin will still be one of the favorites,” he declares. “I also think it will attract more Grand Tour riders who are good climbers but also hold their own in a time trial.”

“This is definitely an atypical time trial and the aspect of changing bikes adds an interesting new element. We’re only talking around 9 or 10 minutes of climbing, but it adds spice to the racing and will most certainly attract spectators and fans. It’s good to have a different course every once in a while.”

Erik Kubon Halvorsen, Marketing & Communications Director for Bergen 2017 said he was very excited about the summit finish: “The climb to Mount Fløyen is spectacular, and it will offer a great challenge for the riders competing for the coveted rainbow jersey,” he said.

“It’s also a wonderful climb for the spectators with several serpentine turns and steep parts. We expect to see conditions like we only find on the most iconic climbs in the cycling world. The fans will line the course in thousands and create a magical atmosphere.”

The 2017 UCI Road World Championships take place in Bergen from September 16 to 24. The Men Elite individual time trial will be raced on September 20.