You Need a Stronger Body, Not a Better Bike 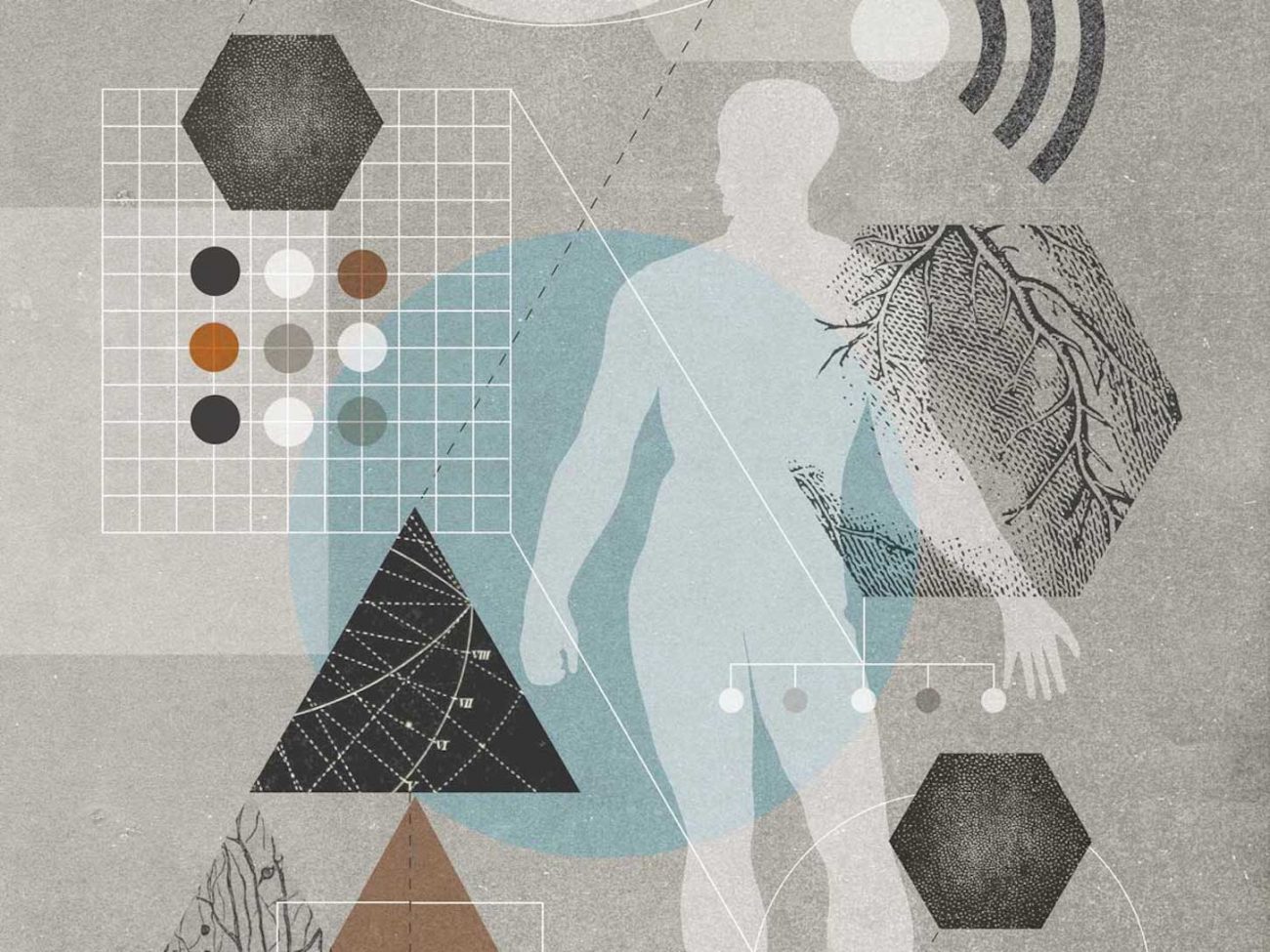 Since COVID-19 forced fitness studios and gyms to close in March, there’s been a huge surge in demand for exercise equipment that enables people to take their training outdoors. According to The New York Times, the spike in bicycle sales was so dramatic that bike shop shelves across the nation were soon cleared out, with potential buyers forced to join long waiting lists. This is a rare bright spot in all the coronavirus-related bad news and indicates that more people than ever before are hitting the road and trail in an effort to improve their health.

Yet recently, I’ve heard a lot of my clients and the friends I ride with saying things like, “My bike’s too slow” and “I’ve got to get something with better suspension.” Some of them rush out and, stock issues notwithstanding, drop several grand on new wheels, believing that a lighter frame, different gear set, or cushy suspension are the secret to better performance. It might be for a little while, because it’d be naïve to say that what you’re riding doesn’t matter. Soon enough, they’ll inevitably plateau and are left wondering why. From what I’ve observed, the answer is simple: they need a stronger body, not a better bike.

How Movement Patterns Can Limit Your Performance

With many people, movement, mobility, stability, and strength limitations are the main limiters, not their gear. They often cannot get into the positions that produce maximum power—and even if they can, as they fatigue their positioning starts to fall apart. It could be that their hips and quads are so tight that they can’t get their hips and butt back for stability on the bike. Or perhaps they lack the upper body strength and shoulder mobility to maneuver over larger obstacles. Many have stability issues stemming from an underdeveloped core.

Sometimes it’s all of the above and more—and the solution is not a better bike. The good news is that such issues can be remedied with strength training, so that people can either make the most of their older bike or get more from their new one.

The first thing we do when a new client comes into the gym is have them do a Functional Movement Screen (FMS). The test itself offers a lot of useful insight into their limitations and can help us pinpoint if it’s primarily insufficient mobility, stability, or strength that’s holding them back. By observing them closely, we can also see where they’re at from a movement literacy standpoint, and whether they’re not just able to get into certain positions, but also sequence them correctly.

What Goes into a Functional Movement Screen?

The overhead squat component of the FMS is one of the best indicators of an imbalance. We often see that someone is a “knee squatter,” which means that they can technically squat, but they initiate it by bending their knees and rounding their lower back, rather than pulling their butt and hamstrings back.

If someone is a knee squatter, I ask them to touch their toes. Most of the time they can’t do it, at least without straining or making some weird movement compensation. In which case, I’ll channel Gray Cook’s toe-touching correctives and can usually get them to touch their toes within five minutes. This might not seem like much, but it’s actually a pretty big win because they’ve learned something that will benefit them on their bike: how to get their hips and butt back.

From there, I reinforce this lesson by putting a thick band in a squat rack at about hip height. The cyclist puts their hands on the band and pushes it down as they pull their hips and butt back, while keeping their knees slightly bent. This mimics the MTB riding position and requires them to sync movement in their upper and lower body.

In the second session, I’ll have them hold a light kettlebell in the top position of a goblet squat and repeat the motion with a little more load. We also practice a variation on the floor. Another progression is to have them take a TRX Suspension Trainer strap out to full length and maintain the tension in it as they again drive their hips backward. As the strap moves their arms forward, I remind them that this is the position they want to get into and maintain when on their bike. Being able to feel it makes it easier to understand than simply explaining the concept or providing the cue of “get your butt back.” The progress we usually see over the course of just two sessions is pretty amazing.

Once someone has reached the point where they understand the optimal position and can get into and sustain it, we start to address stability and strength. A lot of cyclists are extremely quad-dominant and have overstretched hamstrings because of the anterior pelvic tilt this creates. To get their lower body back in balance, we need to develop their posterior chain. To do so, some of my go-to exercises are TRX hamstring curls, Nordic hamstring curls, and deadlifts with a trap bar or a kettlebell. Deadlifts also help to reinforce the hip hinge pattern they’ll need to access on their bike.

As soon as they’ve nailed the hinge with evenly spaced feet, I’ll get them into a staggered stance that’s around the same width as their crankset. They’ll create a lot of tension in the hamstrings and glutes on the active side, which will enable them to put more force down into their tires and prevent the wheels from sliding out from under them.

As a lot of the motion in cycling is in the sagittal plane (i.e. forward and backward), we’ll also do quite a lot of work in other directions. Incorporating lateral lunges, jumps, and side step ups accomplishes this, and also makes the client more comfortable moving away from their midline, which they’ll need to when they’re turning their bike. Core strength and endurance is also key to maintaining control, particularly during a steep, fast descent. So we do planks, side planks, and other variations that will help them not only create force but also withstand it. To take this a step further, anti-rotation exercises like the Pallof press can help improve stability.

Leg strength is another area that most mountain bikers can focus on. Taking the cycling motion into account, we perform mostly unilateral work. This includes split squats (both with feet flat on the floor and the rear foot elevated), lunges, and step ups. Often, it’s all someone can do to keep from falling down the first few times they try these exercises. Once their coordination, balance, and muscle control improve, we’ll add weight or speed. At the same time, we’ll address mobility issues in their legs, particularly the excess tightness in their quads and hip flexors that prevents them from hinging effectively.

On the trail, you also need grip strength more than you might think. I consider myself to be fairly strong, but my grip is often the first thing to go on a long, grueling descent. So I do kettlebell/dumbbell carries, pull-up holds, and hanging exercises. Usually I’ll perform them with just my pinkie, ring, and index fingers, as I use my pointer finger for braking.

By improving strength, stability, mobility, and movement competence, you’ll have better staying power on ascents, greater control during descents, and be more stable when going at top speed. No new bike required.

Below are some sample workouts that touch on many of the principles I just explored. You can click here to see videos of these exercises on my YouTube channel.

Lawrence Herrera is a certified strength and conditioning specialist with the national strength and conditioning association (NSCA). He is also a USA Triathlon Level I coach. He is the state director for the NSCA, the worldwide authority on strength and conditioning. He has helped 1000s of recreational and professional athletes achieve their goals since 2003. He consulted for one of the largest sports and fitness companies in the world, Nike. Herrera was nominated for the 2017 World MMA Awards Trainer of the Year. He holds a degree in exercise science from the University of New Mexico. He has done national presentations for the NSCA on training combat athletes in a group setting as well as strength training for endurance athletes. He has published several articles in peer-reviewed journals as well as being featured in Men’s Health magazine. Lawrence has also appeared on several UFC Countdown and Road to the Octagon shows. In his off time, Herrera enjoys cycling with friends and family, the outdoors, and spending time with his 3 daughters and wife.

Herrera is also a frequent contributor to the TrainingPeaks blog