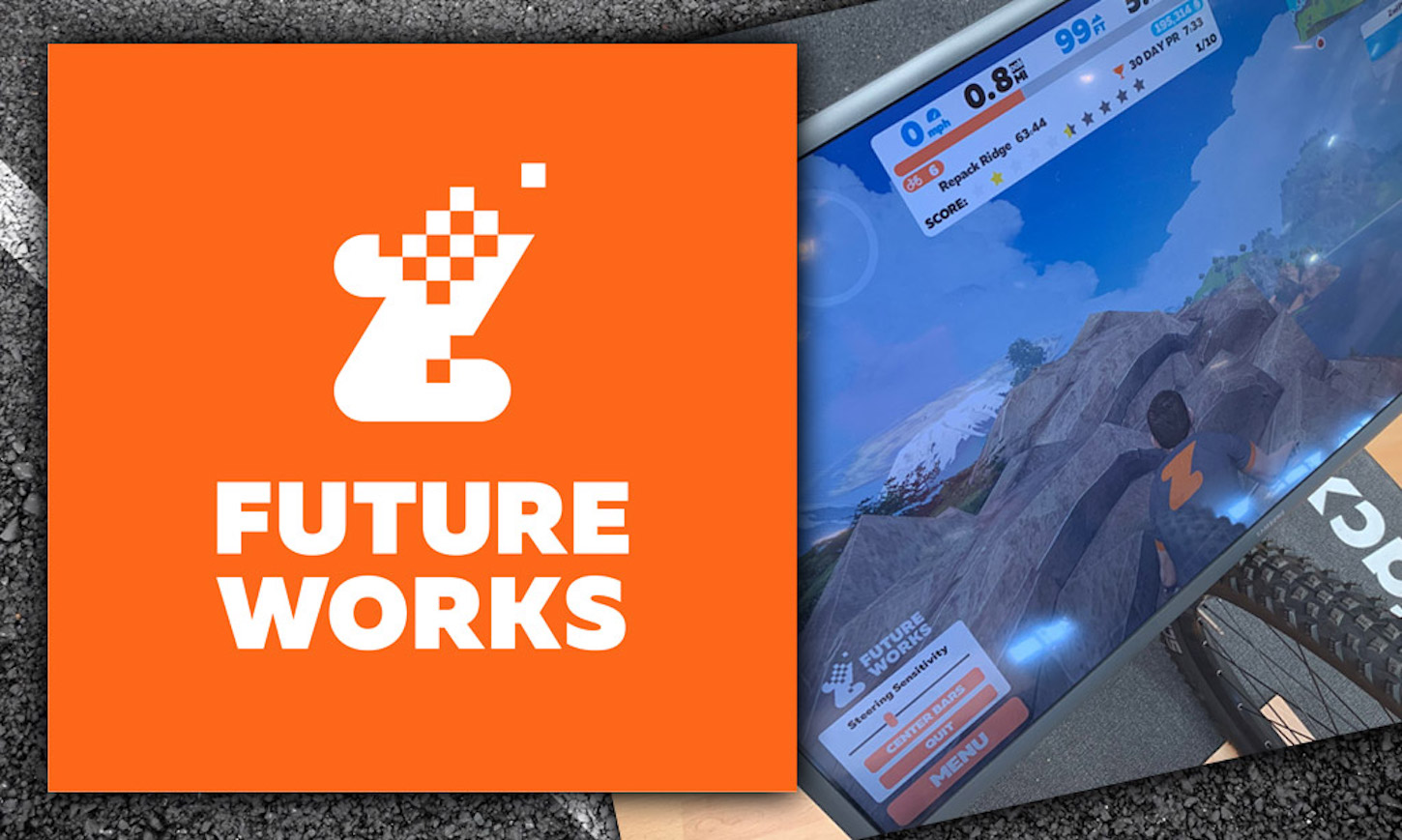 04 Sep 2019
By Gianni Pericolo - In LATEST ARTICLES, THE DOUBLE DIAMOND

Zwift has launched a new steering function this week under the new label FutureWorks, relying on public feedback to help refine the feature.

“The teams here at Zwift have so many innovative ideas, but Zwifters have historically only been able to try those that have gone through a lengthy development process,” said Eric Min, Zwift CEO and Co-Founder. “FutureWorks will allow us to deliver more of these ideas at a concept phase – allowing Zwifters to give us their direct feedback on what they want to see more of. This is a means of giving the community more of a voice on what they wish to see added in the game,” says Zwift.

Zwift’s new steering test segment can be found in Titan’s Grove on Watopia, the island’s latest course expansion, and has been ‘designed purely with fun in mind’. When riding through Titan’s Grove, Zwifters will receive a prompt on screen as they approach the steering segment, asking whether they would like to test steering. Once the steering option is selected, Zwifters will then be transported to the start of the new trail.

Upon start of the trail, Zwifters are given direction on how to enable steering. Steering is controlled using Zwift’s companion app, available on iOS and Android. Here, the rider mounts their phone to their bike’s handlebars using a phone mount such as the iOmount Covert. The Companion App is then able to use the accelerometers in the phone to sense movement as the bars are turned left and right – controlling the avatar on screen.

In total, the new steering route is around 2 miles in length. The segment is timed for a little extra competition and Zwifters will be scored based on how well they take corners. Complete the course in under 12:30 with a 100% score, and riders will unlock the Zwift Mountain Bike and Zwift Mountain Wheels.

“Steering is perhaps the most gamified feature we’ve added to Zwift since launch, and I’m incredibly excited by it,” said Jon Mayfield, Zwift’s Chief Developer and Co-Founder. “From the world’s leading endurance athletes all the way to moms, dads and kids, Zwift’s uniqueness is turning fitness goals into achievements through a social video game experience.

“Steering has been developed to take this up a level and tempt more recreational cyclists and fitness enthusiasts to Zwift.”

In the coming months Zwift is expected to integrate steering functionality into the newly launched Wahoo, Tacx, Stages and Wattbike smart bikes, also on show this week at Eurobike, which were developed to future proof the Zwift experience.

Also debuting at Eurobike this year is Zwift’s latest UCI Road World Championships Course, Yorkshire. The Yorkshire course is based on the finishing circuit in the town of Harrogate, where every championship race during World’s week will finish. The course will be released to the public in the coming days.

As with Innsbruck, Zwift’s creative teams have taken inspiration not only from Harrogate, but also from the surrounding areas of Yorkshire. Once again, Zwifters can expect to see some landmarks pulled in closer to the circuit, including Zwift’s own Draft House.

Queen’s Highway
A counterclockwise trip around the northern, flatter part of the Harrogate Circuit. This is where you put the hammer down and hit the sprints.
Distance: 5.7 km // 3.5 mi
Elevation: 82 m // 269 ft

Tour Of Tewit Well
Ride the southern part of the Harrogate Circuit in reverse. Lots of hills await you here. You may need some of the Tewit Well’s famed restorative waters after tackling this route.
Distance: 10.7 km // 6.6 mi
Elevation: 204 m // 669.3 ft

Royal Pump Room 8
Tackle every challenging section of the undulating Harrogate Circuit in both directions. It will take more than a sip of Yorkshire’s chalybeate waters to refresh your legs after this.
Distance: 27.5 km // 17.1 mi
Elevation: 490 m // 1,607.6 ft