Zwift Teases with “Neokyo” Addition to Its Makuri Islands Program 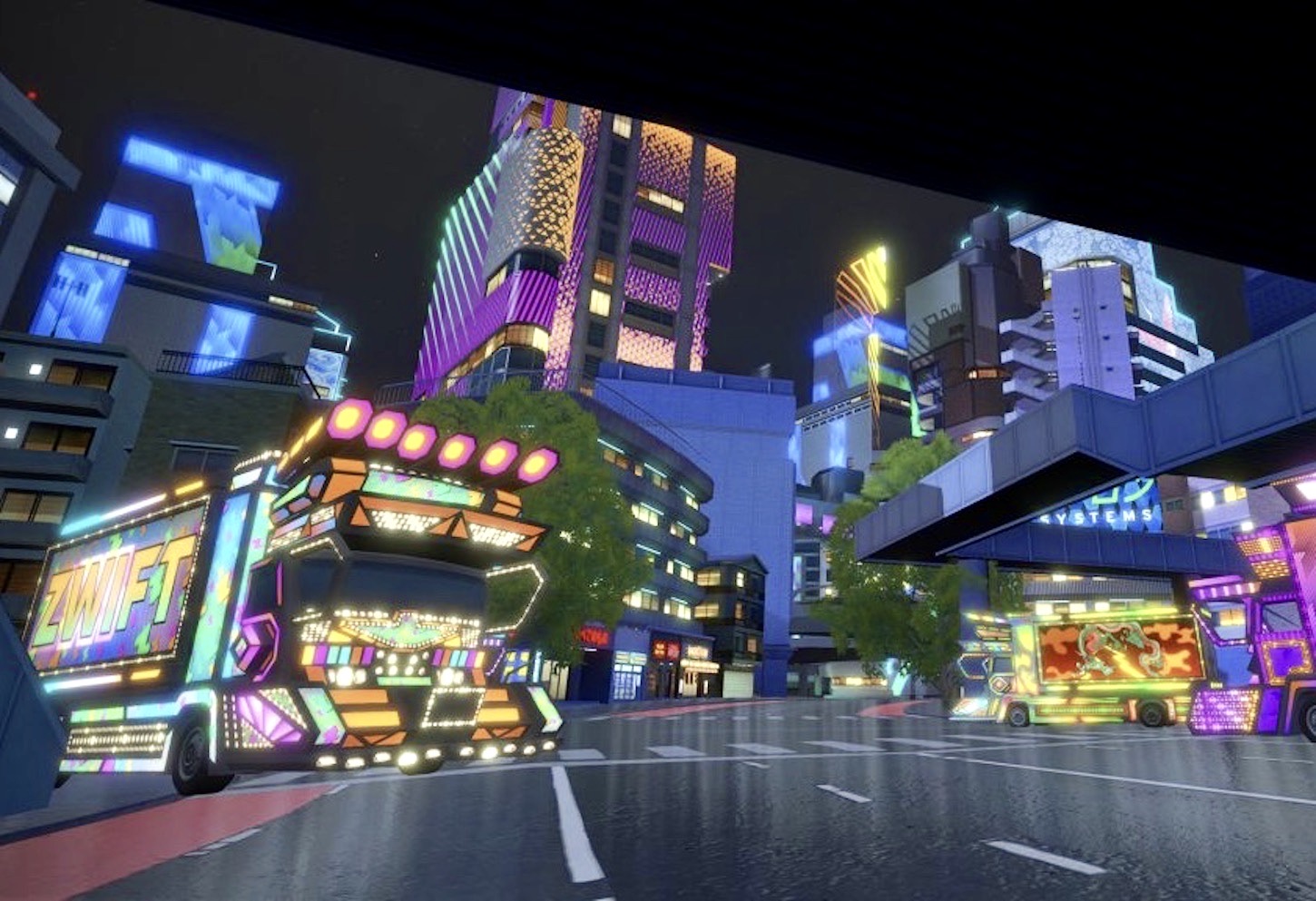 Zwift launched its Makuri Islands worlds in May of 2021, giving Zwifters access to a lush, rural map called “Yumezi”.

This week, Zwift shared teaser details of its next expansion planned for the platform called “Neokyo”, an urban addition to the Makuri Islands map. Also, it appears that the Neokyo map will connect to Yumezi, so Zwifters can ride on both maps in one session.

According to Zwift’s Art Director Tony Yruegas, the amount of new roads in Neokyo roughly matches the roads available in Yumezi, so this expansion will bring the Makuri Islands up to around 60 kilometers of roads.

This is being done to show off the city’s incredible moving lights and reflections, with the streets having a “wet look” that reflects some of the lights, making this map a feast for the eyes.

The roads of Neokyo look to be fairly flat and fast, with Zwift planning to host upcoming badge hunting tours of the new map once it launches.

Zwift has already suggested that it’s planning on making the Makuri Islands its second “hub-world” (the first being Watopia). So, Zwifters can anticipate many more expansions as time goes on, including one that takes them to the big snow-capped “Mt. Fuji”, which members can currently see from the Yumezi’s platform.

Zwift says Neokyo is expected to launch in November, which will be followed up with major updates on or around the 15th-20th of each month.