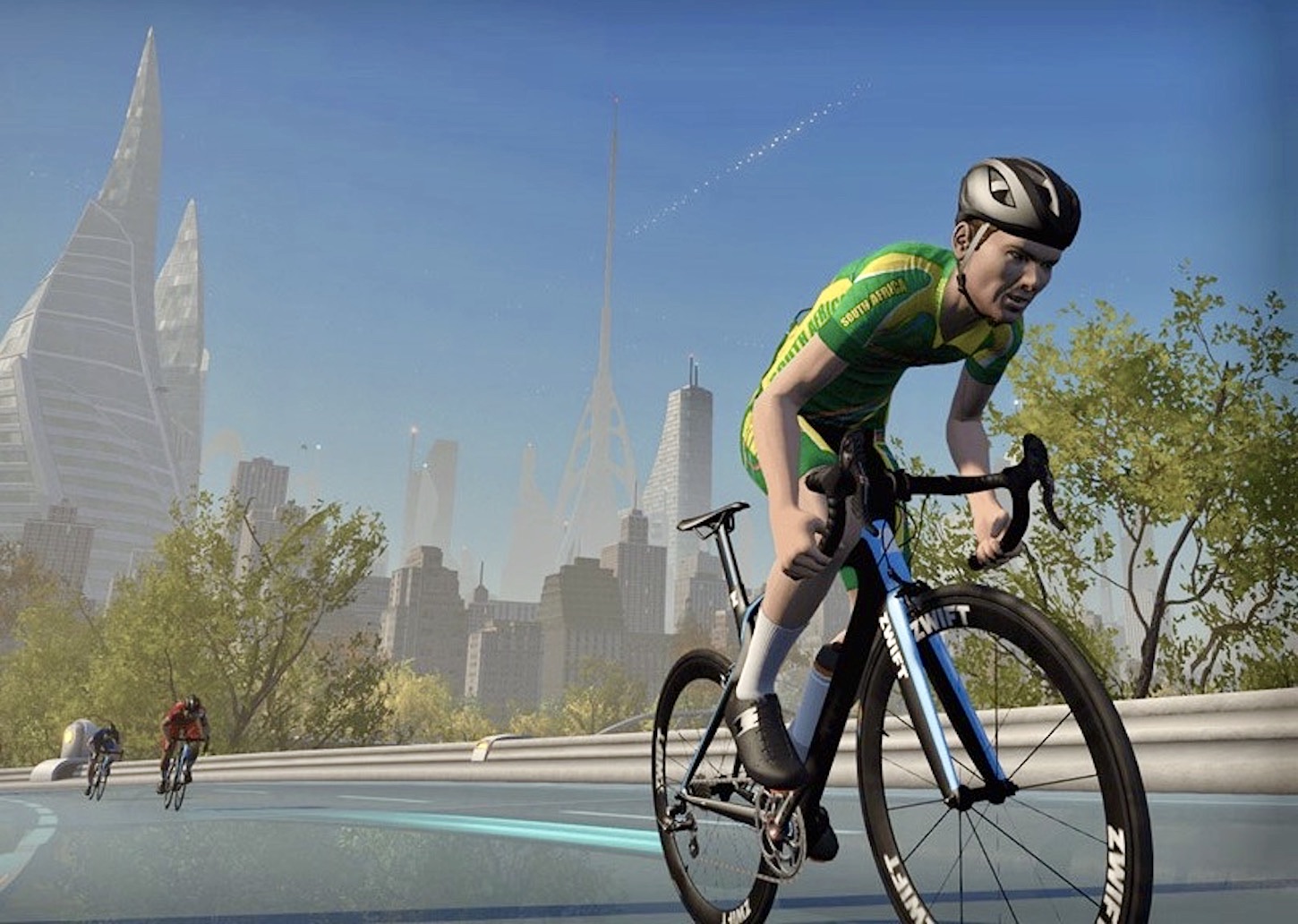 The next UCI Cycling Esports World Championships will move from Zwift’s Watopia to its New York Map. Centered around Central park, Zwift’s New York Map transports riders, and viewers, 100 years into the future with elevated glass roads that take riders high into the iconic Manhattan skyline.

Racers will tackle the Knickerbocker route, a challenging parcours worthy of a UCI World Championship event. Rolling roads and steep gradients will make for a selective race. Both Men’s and Women’s Elite fields will tackle two full circuits of the 22.5km route before finishing at the top of the New York KOM, a 1.4km climb with an average gradient of 6.1% and ramps of up to 17%. In total, riders will cover 54.9km and 944m of climbing. Field size, broadcast exposure, race distance and prize money will be equal for both Men’s and Women’s races.

“I’m excited for the opportunity to build on the success of last year’s milestone event with the second UCI Cycling Esports World Championships,” says David Lappartient, UCI President. “The Olympic Virtual Series held earlier this year showed how cycling esports has the ability to drive global participation in cycling. It is therefore exciting to reveal a new opportunity for emerging cycling esports stars enabling them to compete with household names from the UCI WorldTour peloton.”

“I’m delighted that community racers will be offered this new pathway into the UCI Cycling Esports World Championships in 2022” says Eric Min, Zwift CEO and Co-Founder. “Cycling Esports was born from community racing, no different to any other form of esports competition, and it’s within this community where most of the talent lies. Cycling esports is a new discipline and skill, tactics and experience all play a huge role. I truly believe that we are creating one of the most accessible forms of competition.”

In addition to the qualification pathway open to community members, the UCI will also be awarding automatic invites to 23 National Federations. Places will be awarded based on a combination of cycling esports community size and the depth of talent based on both esports and UCI road rankings. More detailed criteria, which will be released in due course, will ensure that all five continents are represented for both women and men and that the maximum possible number of entries for both genders will be the same.

Participants will once again be competing entirely remotely from their own residences or training bases. Zwift PowerUps will be made available in both the continental qualifying rounds and the Elite UCI World Championships. Winners of both races will be awarded the UCI Cycling Esports World Champion rainbow jersey that will, of course, be awarded virtually. The winners will also receive physical jerseys which they will be able to wear in esports competitions for the following year.

Further information on the 2022 UCI Cycling Esports World Championships will be unveiled in the coming months.