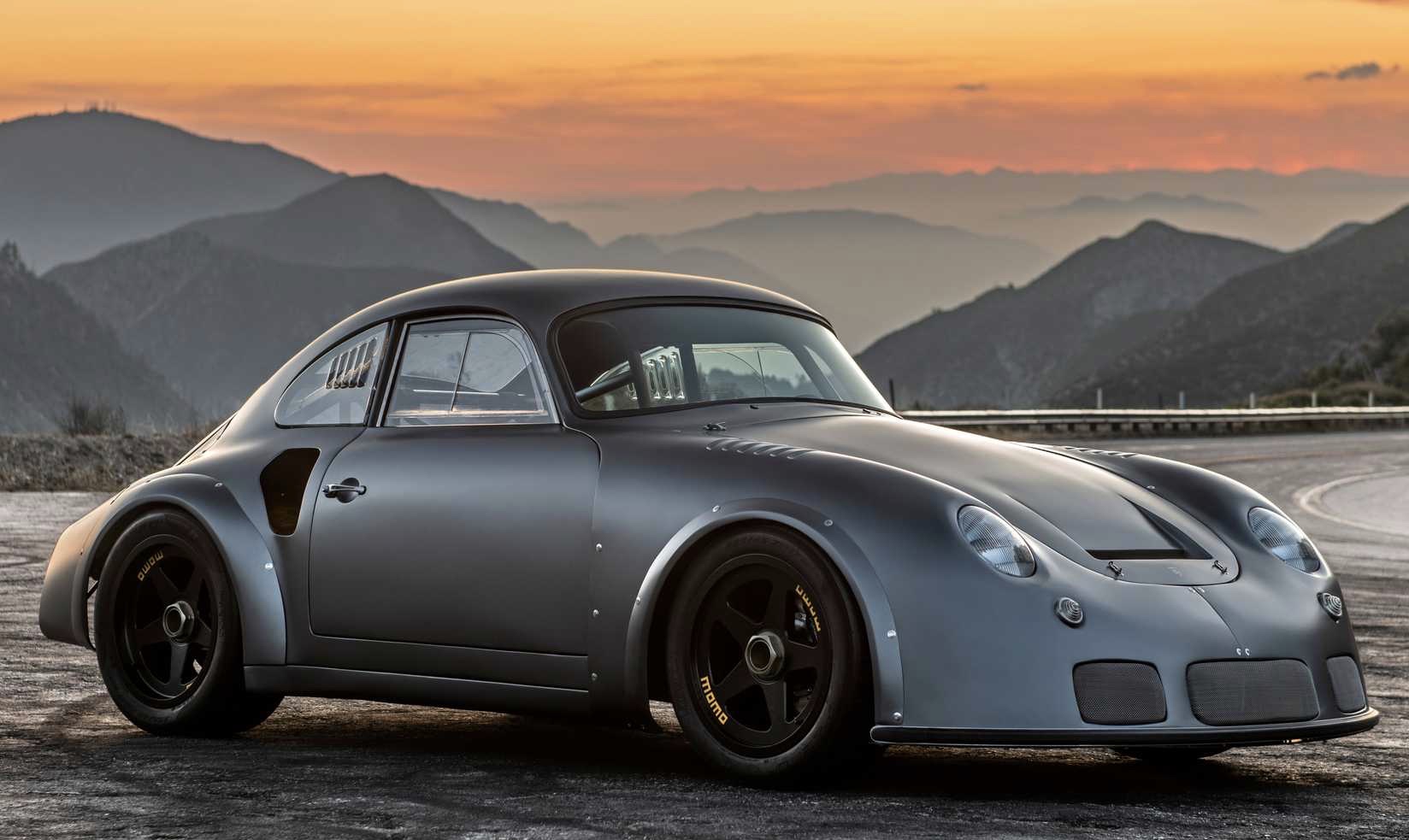 Just like motorists aren’t always an enemy to cyclists, cars aren’t always a foe to bicycles. In fact, there are a good many cyclists who happen to be car enthusiasts and vice versa.

Aye, a reason for featuring a conveyance that travels on four-wheels instead of two and develops power via a gasoline powered combustion engine has been justified.

But, this isn’t about just some jitney, it’s a custom 1960 Porsche 356 RSR by Emory Motorsports.

This unruly retro-mod is the result of combining a 1960 Porsche 356B T5 coupe with a 1990 Porsche 964 C2, shoring-up a 30-year gap with modern amenities such as a custom built Emory-Rothsport twin-turbo Outlaw 4 engine, a fully-adjustable coilover suspension, a Quaife limited-slip differential, custom brakes, a three-into-two-into-one straight-pipe exhaust and various other performance components making it 100-percent street legal.

On the outside, the custom 356 RSR involved extensive sheetmetal work comprising a custom hood and wraparound nose, rear decklid and an extended tail all made of aluminum and steel.

Additionally, there are stainless steel mesh grilles that welcome air into the cooling ducts, as well as louvers over the front wheels to evacuate air from the wells, while vents in the rear fenders feed the intercoolers.

When it came to styling, Emory Motorsports tapped Momo CEO Henrique Cisneros to accessorize the 356 RSR including 17-inch, five-spoke center-lock wheels reminiscent of the originals used on the Porsche factory team’s 935.

Inside, there’s a 911 RSR Momo Prototipo quick release steering wheel, Momo billet pads on Tilton pedals, a Momo shift knob inspired by the Porsche 917 for the five-speed manual gearbox, seats modeled after 911 RSR without the headrests and a six-point Momo competition harness.

In all, it took four years to complete the 400 horsepower induced, meteorite matte metallic 356 RSR that tips the scales at an astonishingly light 1,950 pounds.

Shall we say, Emory Motorsports went back to the future to create a modern, hot-rod take on Porsche’s iconic styling.