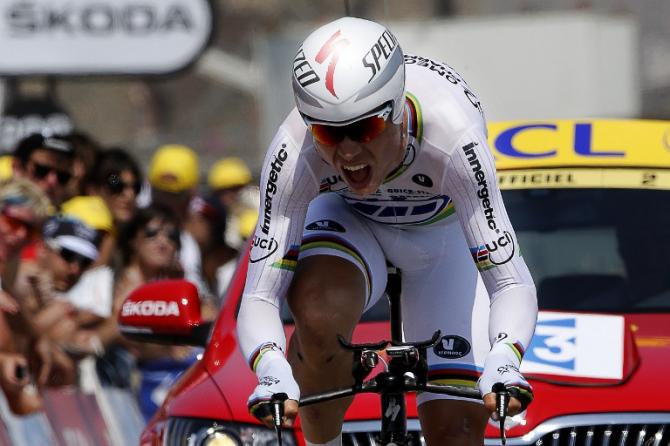 The German once again confirmed his status as the world’s most fearsome time trial expert –  as he cover the 57 kilometer course in a winning time of 1:10:48.

Gustav Larsson finished second at 14 seconds behind, with Sylvain Chavanel finishing in third at 45 seconds behind. Marco Pinotti concluded his professional career wearing the Italian national time trial champion’s jersey, and finishing fourth at one minute behind.

Martin celebrated his victory by displaying three fingers as he crossed the finish line – signifying his third victory in the Chrono des Nations.