Study Examines the “Swarm-Like” Behavior of the Peloton 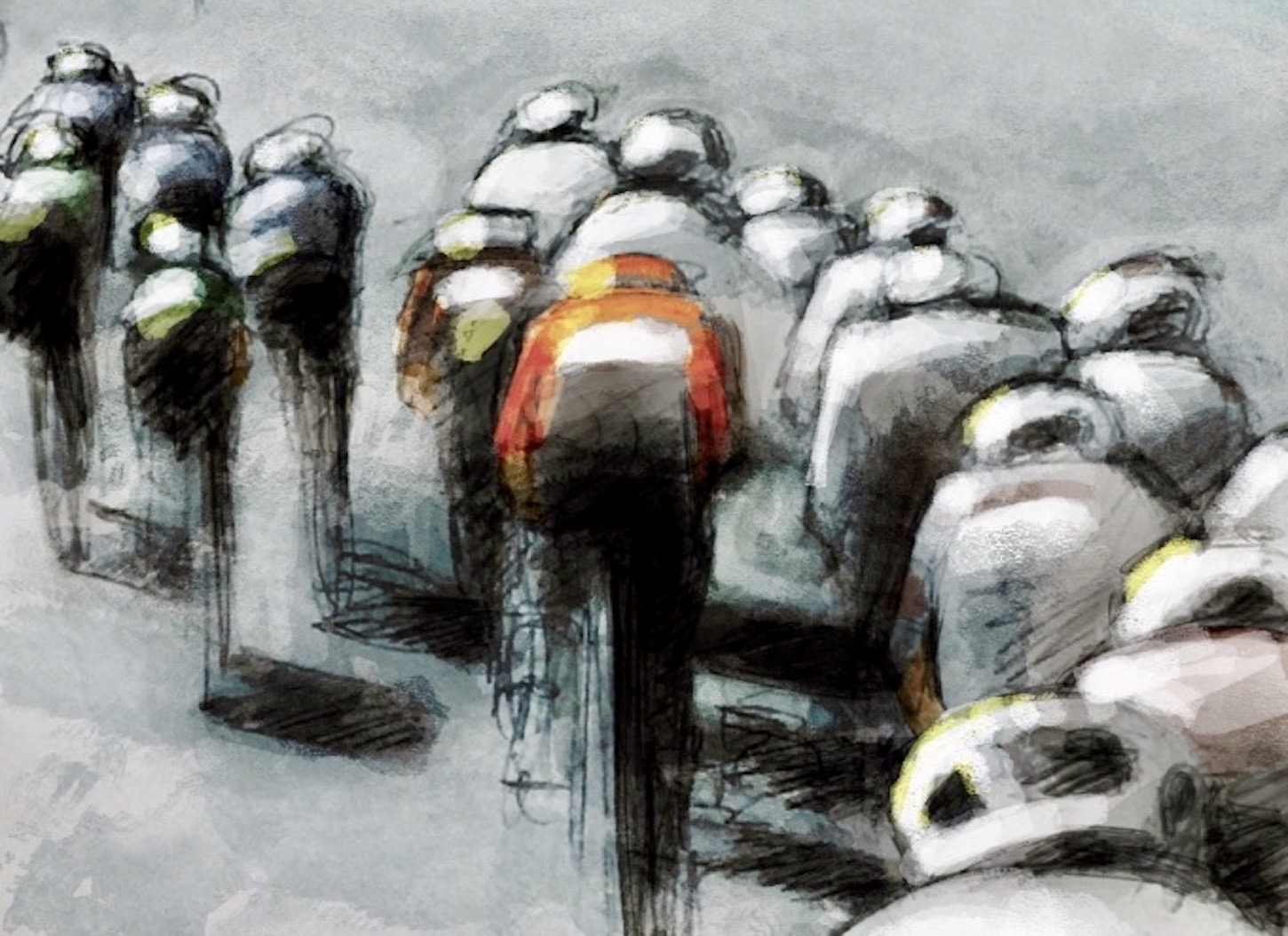 Whether it’s the acrobatics of a flock of birds or the synchronized swimming of a school of fish, nature is full of examples of large-scale collective behavior. Humans also exhibit this behavior, most notably in a mass of bicycle racers known as the peloton.

During this year’s annual meeting of American Physical Society’s Division of Fluid Dynamics,  Jesse Belden, a scientist at the Naval Undersea Warfare Center, presented research he and his colleagues conducted regarding the collective behavior of the peloton.

Using aerial video footage of bicycle races, Belden and colleagues analyzed the motion of a peloton in order to determine what causes changes in the group’s large-scale collective behavior.

They found that riders move through the peloton in a manner similar in circulation as fluid, with two types of propagating waves emerging.

“You see all these patterns and motion behaviors emerge,” said Belden.

The researchers found two types of waves affect the structure of the peloton. First, the researchers found a wave that moves back and forth along the peloton, usually due to a rider suddenly hitting the brakes and others slowing to avoid a collision. The other type of wave is a transverse wave caused when riders move to the left or right to avoid an obstacle or to gain an advantageous position.

While researchers previously thought the form of the peloton was greatly influenced by individual riders seeking an aerodynamic advantage, Belden’s team discovered that the group actually maintained a relatively persistent structure.

In fact, the study found that the dynamics of the peloton are more likely driven by rider vision, with each rider keeping other riders within a range of peripheral vision that is most sensitive to motion. In addition to, wave propagation speeds were consistent with human reaction time rather than conscious cognitive decisions like improving one’s aerodynamics, or “attacking”.

Needless to say, these findings shed new light on large-scale collective behavior in humans and could apply to varied topics including traffic and crowd management.

Additionally, understanding the role of sensory input in collective behavior as witness in the study of the peloton could prove to be important in the development of better autonomous vehicles like self-driving cars.

Furthermore, as far as racing is concerned, the research has also given insights into the cognitive processes involved with individual rider actions and their effects on the broader aspects of peloton and its safety.

“Unlike birds or fish, you can talk to the cyclists,” Belden said.