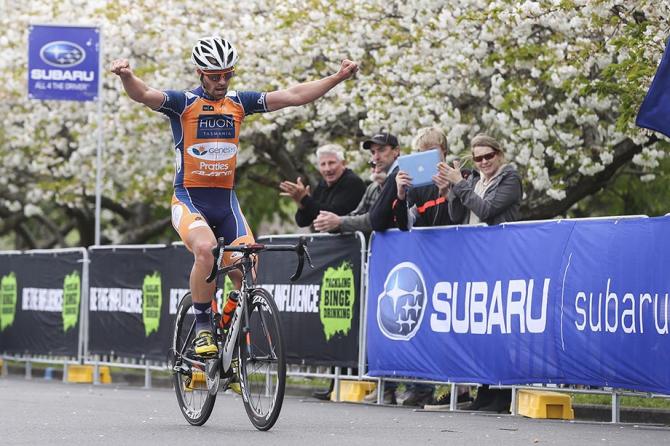 "I feel very satisfied with winning today after what happened yesterday," Kankovsky said. "This is the demonstration that I’m the fastest sprinter here. We’re in the sport of cycling, not in figure skating! Yesterday, five riders ranked in the top 10 told me that my sprint was regular but the judges saw it otherwise."

Today’s stage saw a breakaway group consisting of Vitaly Buts, Gleb Gorbachev and Reinier Honig form early on in the race. However, the trio was caught by the lead group in the final 10 kilometers.

"During the race today, the eight-man breakaway was a good scenario for us but among the three who stayed at the front until close to the end, Vitaly Buts from the Ukraine was a real danger. He was indeed the virtual race leader, so we had to chase him down as a team. Fortunately, other teams like 5 hour Energy and Budget Forklifts had the same interest as us, so it was no problem catching the break."

Yuriy Metlushenko finished in third place behind Boris Shpilevskiy – who sprinted with a broken shoe after being involved in a crash with Jesse Kerrison earlier on in the race.

"Shall the last two stages end in a bunch sprint again, I need to come third twice to win the Tour of Taihu," Metlushenko calculated. "I keep my fingers crossed."